CARDS AND CREDIT TRANSFERS ARE THE MOST COMMON PAYMENT INSTRUMENTS

The use of cheques and direct debits is very limited in Finland, and the use of cheques continued to decline significantly in 2015. National direct debits were eliminated by February 2014 in the context of SEPA migration. Cash withdrawals at ATMs totalled somewhat less than EUR 14 bn, and the average value of a cash withdrawal at ATMs was EUR 102. At the end of 2015, there were 1,525 ATMs with a cash withdrawal function and 515 ATMs with a credit transfer function in Finland.

In Finland, there were approximately 9.5 m cards in circulation at the end of 2015, and the cards often combine the cash withdrawal, debit and credit functions. The number of cards with Near Field Communication (NFC) functionality had more than doubled, year-on-year, to a total of about 3.8 m cards. Payments by cards with NFC functionality accounted for approximately 2% of the number of transactions in 2015. However, the number of transactions was more than eight times the 2014 figure. 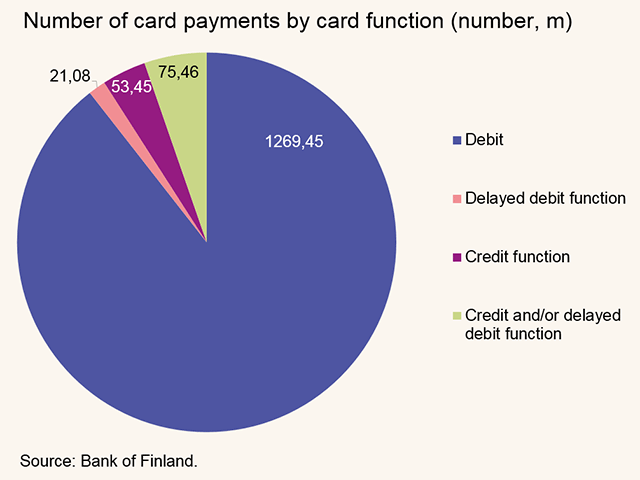 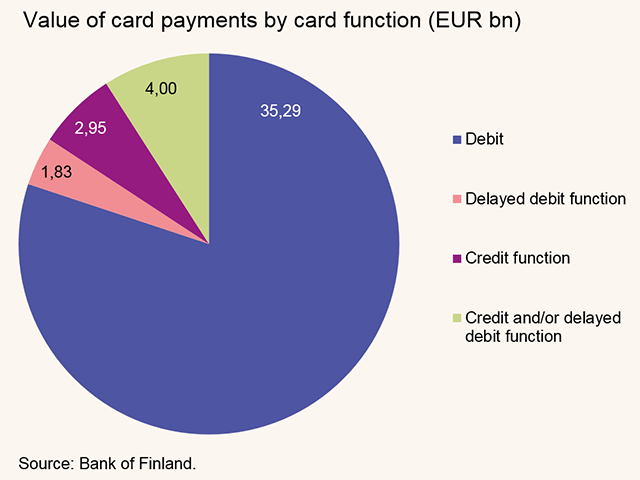 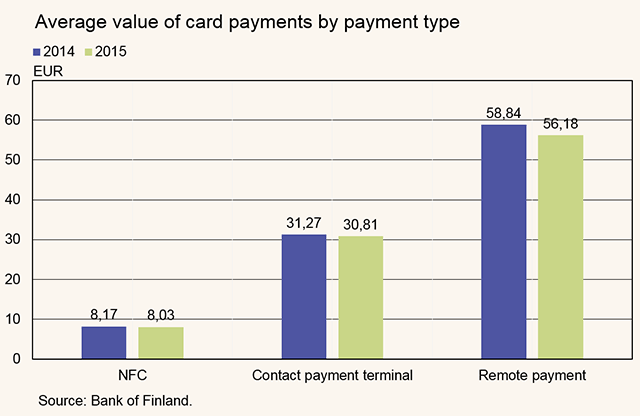 DEVELOPMENT OF ONLINE SHOPPING IS REFLECTED IN PAYMENTS STATISTICS

MOST CROSS-BORDER CREDIT TRANSFERS WERE SENT TO ESTONIA, GERMANY AND SWEDEN

The vast majority of credit transfers sent in Finland, 99%, were executed between domestic accounts. These comprised of about 871 m transactions.

Most cross-border credit transfers in 2015 were sent to Estonia, Germany and Sweden. As regards SEPA credit transfers, cross-border payments were most frequently transmitted to Estonia, Germany and the Netherlands, whereas the bulk of payments via correspondent banks went to Sweden, the United Kingdom and Germany. Most payments via correspondent banks were denominated in the euro, the US dollar and the Swedish krona. 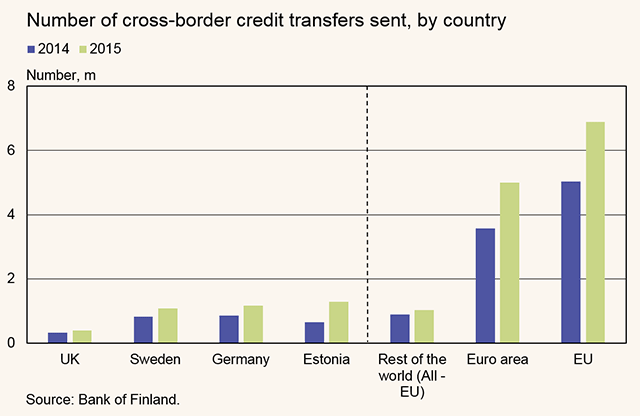 2The revised reporting framework for payments statistics led to reporting problems in 2014 data in respect of the category non-SEPA credit transfers. Data reported for 2014 are lower for this category than actual figures.