Payments by credit transfer and by card are becoming more popular, while cheque payments are declining in popularity. In 2016, cards issued in Finland were used as means of payment almost 1.54 billion times, an increase of 8.2% on 2015. At the same time, Finnish residents made 0.91 billion credit transfers, an increase of 3.4% on the previous year. Meanwhile, the number of cheques redeemed in Finland declined from 0.08 million to 0.07 million.

At the end of 2016, there were 1,457 cash withdrawal ATMs in Finland, and 466 credit transfer ATMs. During the course of the year, cash to the value of EUR 13 billion was withdrawn from ATMs.

Strong growth in the use of contactless card payments

In 2016, there were 9.8 million payment cards in use. As many as 5.2 million of these already had the capability for contactless payments. Such payments increased over five-fold on the previous year, with a total of 162 million transactions. In terms of value, the growth was similar: whereas in 2015 contactless card payments totalled just EUR 0.23 billion, in 2016 the total was EUR 1.36 billion. 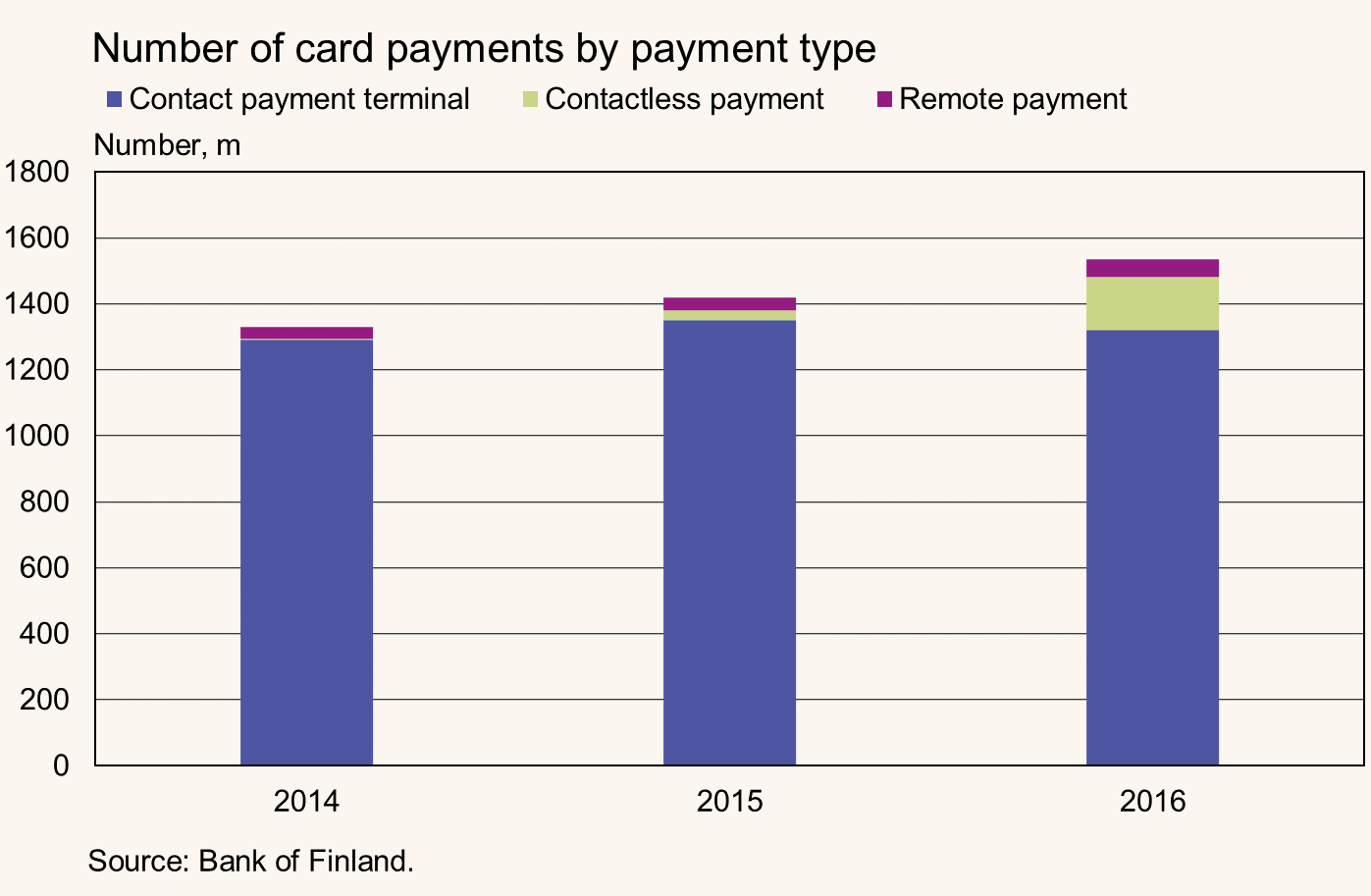 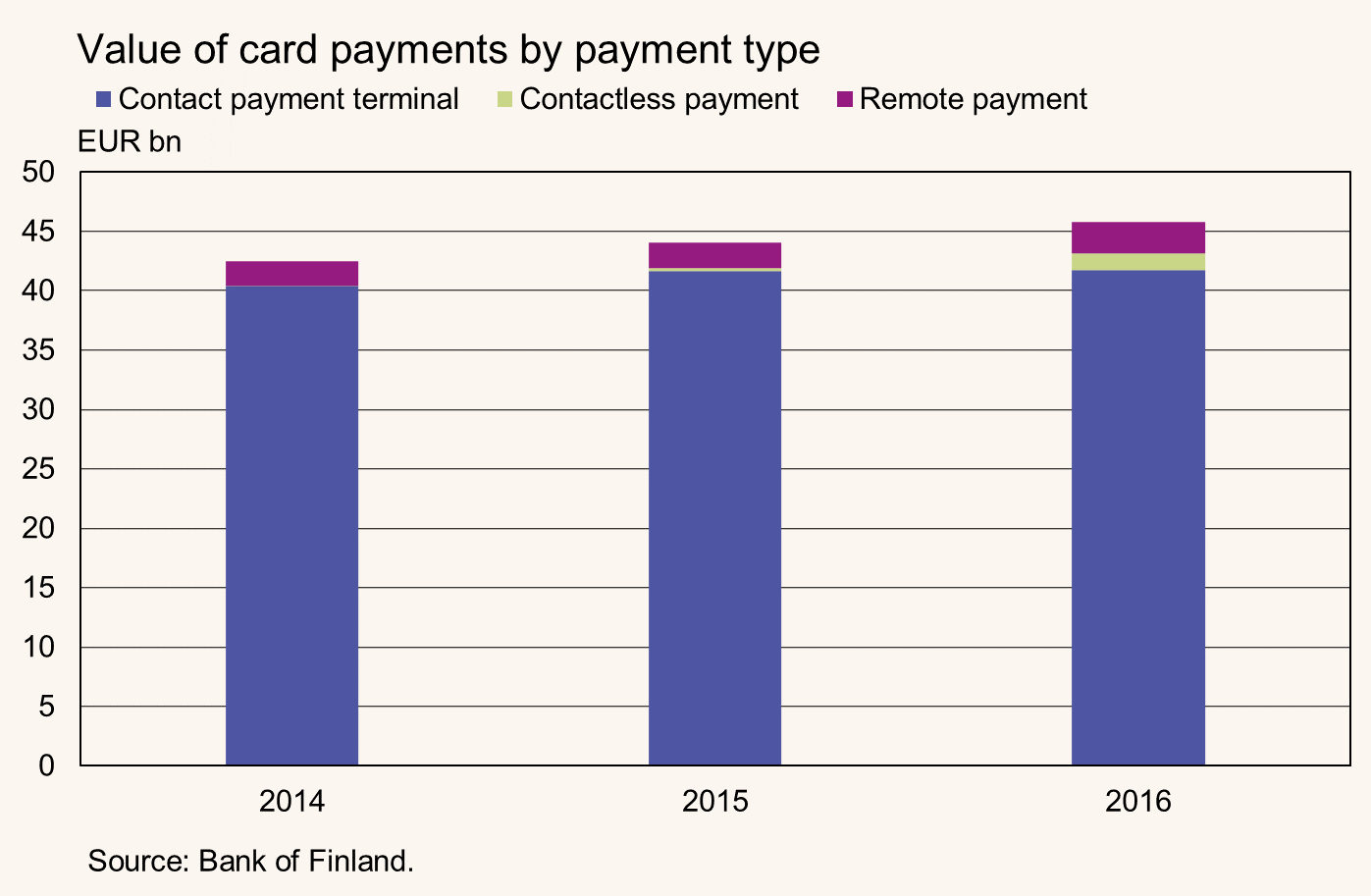 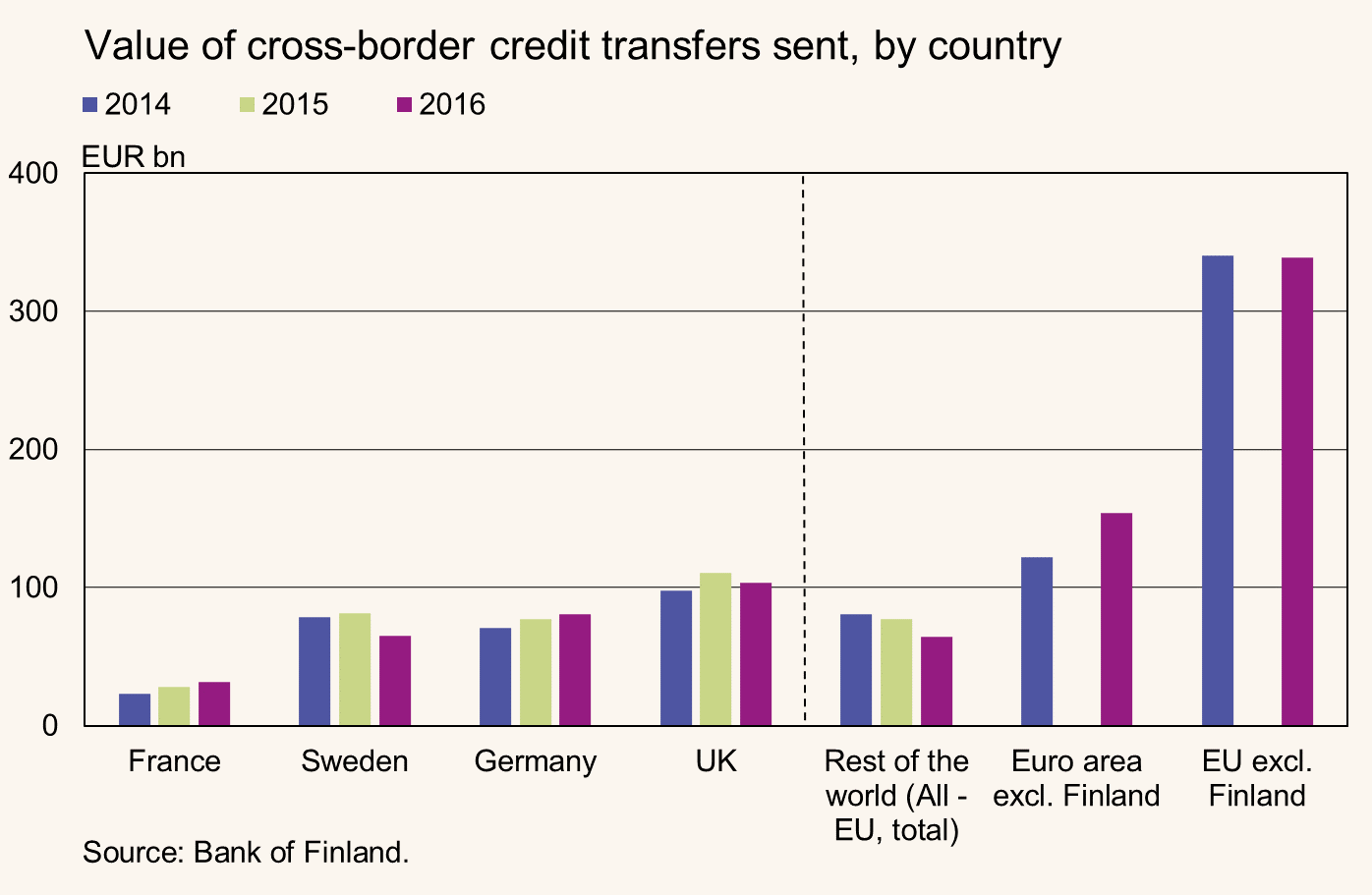