Payments by credit transfer and by card increased, while cheque payments continued to decline in popularity. In 2017, cards issued in Finland were used as means of payment about 1.65 billion times, an increase of 7.6% on 2016. At the same time, Finnish residents made 0.94 billion credit transfers, an increase of 3.9% on the previous year. Meanwhile, the number of cheques redeemed in Finland declined from 0.07 million to 0.04 million.

At the end of 2017, there were 1,498 cash withdrawal ATMs in Finland, and 429 credit transfer ATMs. During the year, cash to the value of slightly over EUR 12 billion was withdrawn from ATMs.

At the end of 2017, there were approximately 9.9 million cards in use in Finland. Of these, slightly over 3 million were combination cards, i.e. cards with a debit function combined either with a delayed debit or a credit function. As many as 7.1 billion cards are already equipped with the contactless payment function. 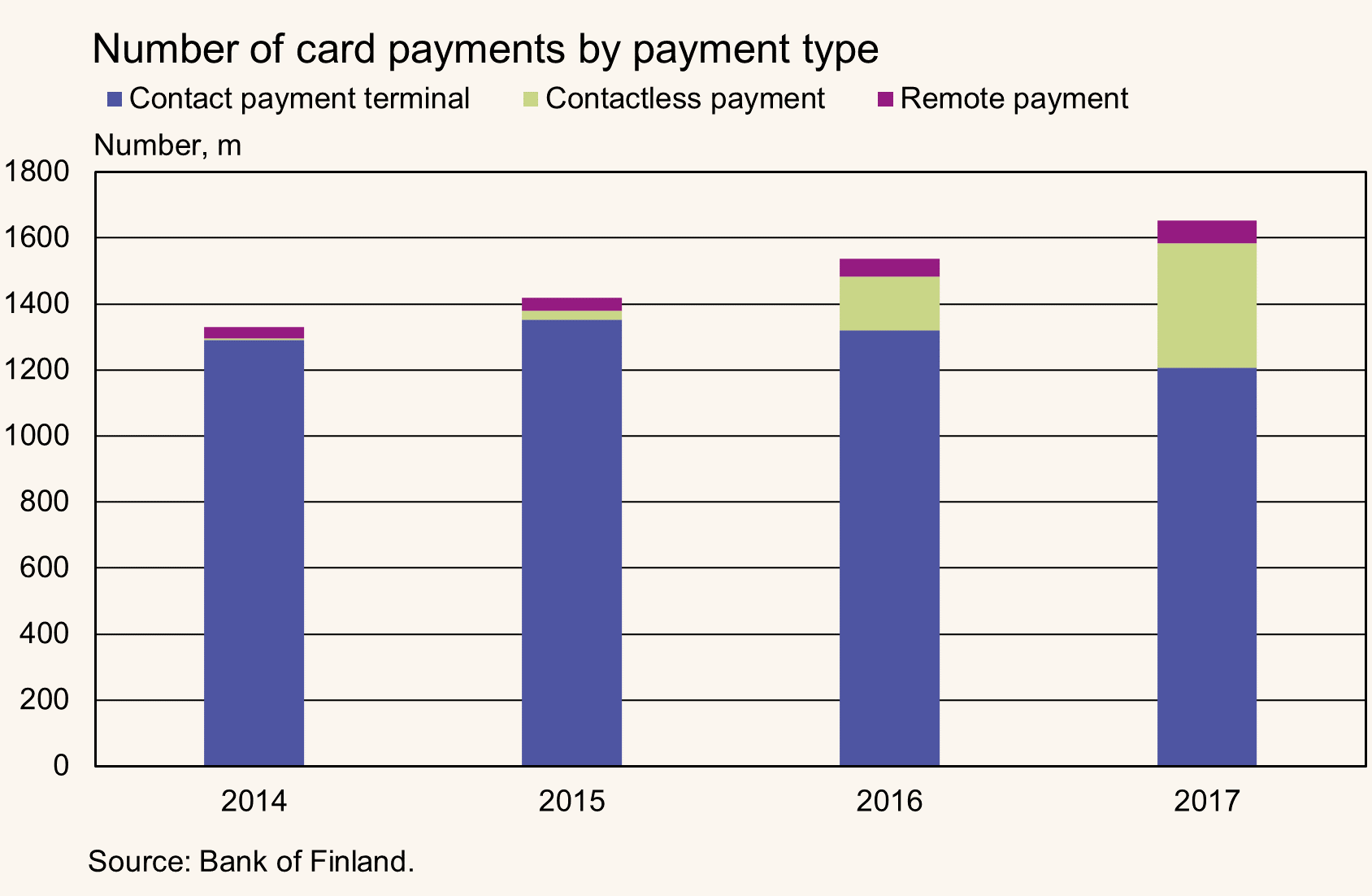 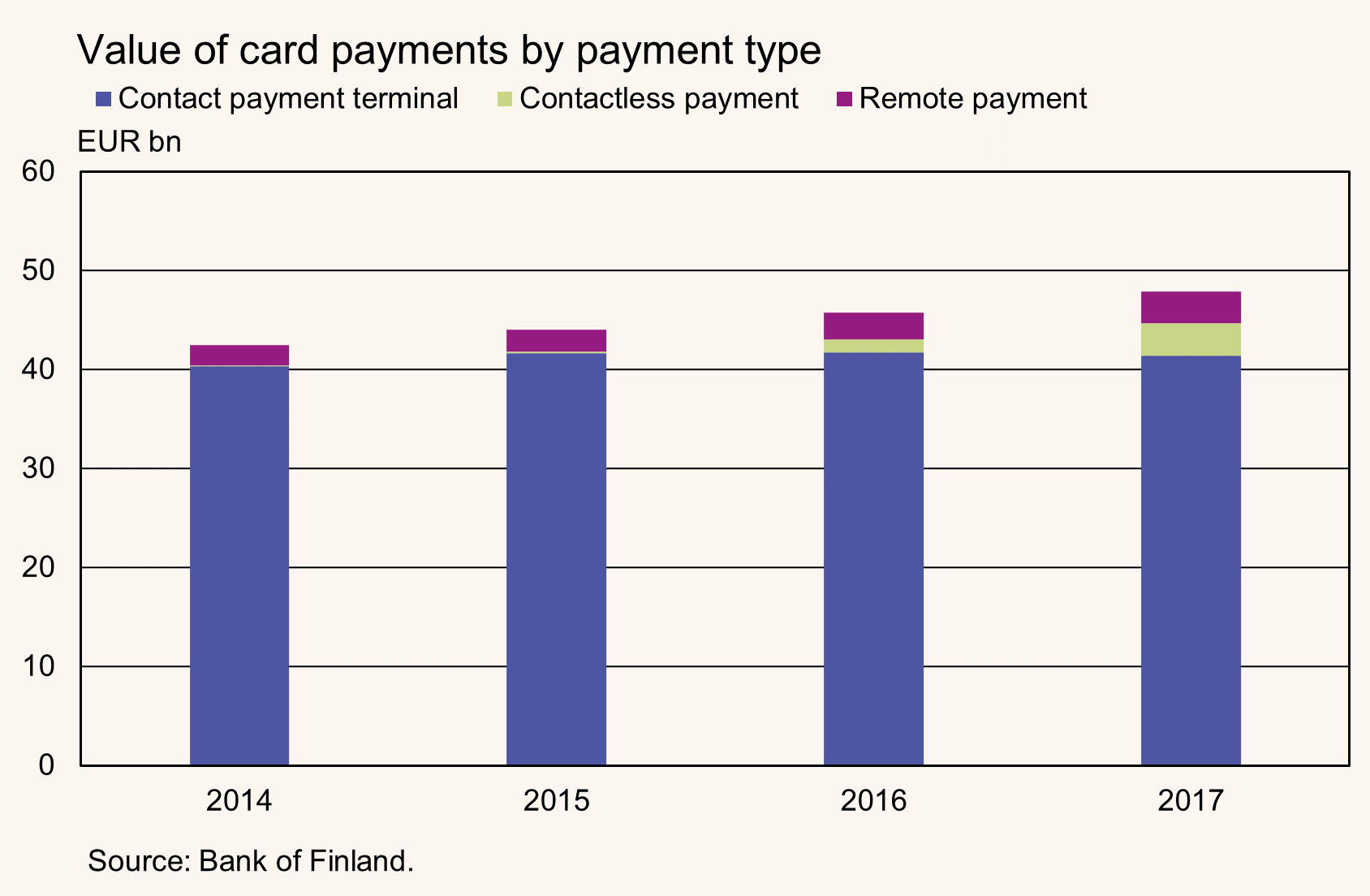 Of credit transfers abroad, highest number to Estonia, the Netherlands and Germany 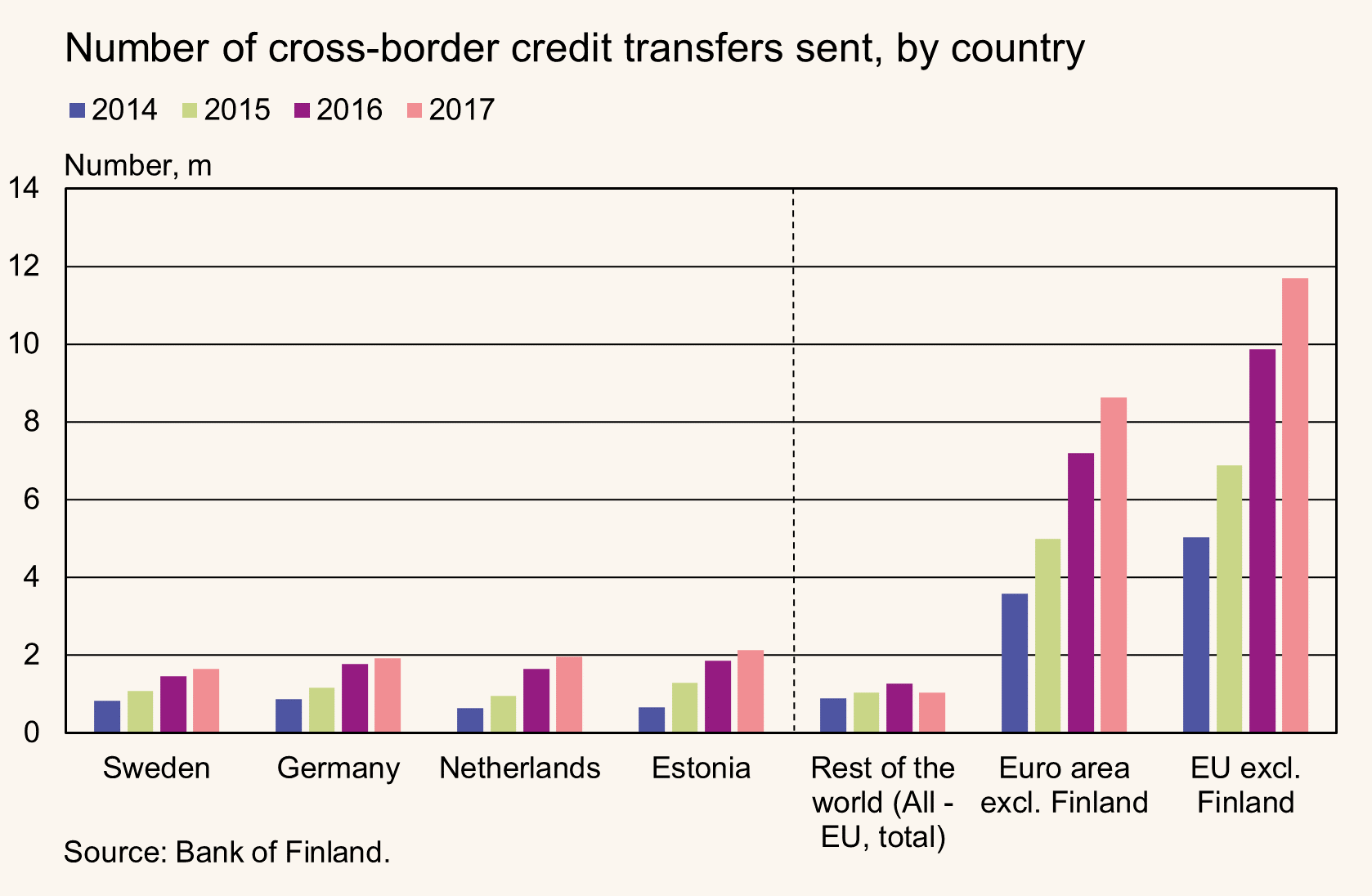 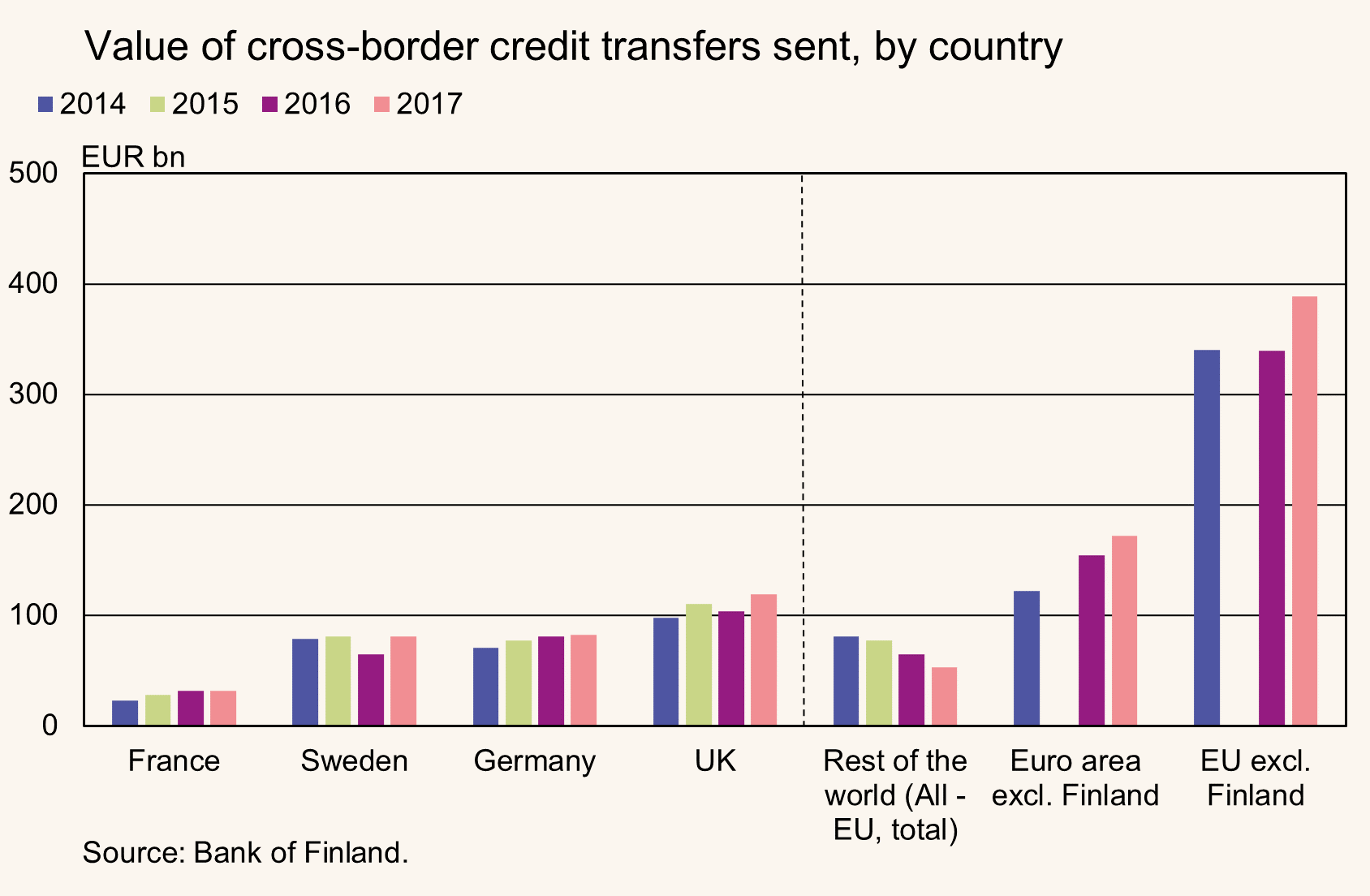