As laid down in the Finnish Constitution, the Bank of Finland operates under the guarantee and supervision of Parliament. The Bank's operations are supervised by the nine-member Parliamentary Supervisory Council, appointed by Parliament.

The Bank's executive is its Board, composed of the chairman – the Governor – and a maximum of five other Board members. The Governor is appointed by the President of the Republic upon the recommendation of the Parliamentary Supervisory Council, while the other members of the board are appointed directly by the Parliamentary Supervisory Council. The eligibility criteria for a member of the Board are a higher academic degree appropriate for the position, conversance with the monetary economy or financial operations and proven management skills and experience.

The office of Governor of the Bank is for a seven-year term. Other members of the Board have five-year terms. The same person may be selected as an ordinary Board member for a maximum of three terms. Governors may be selected for two terms, even if they have previously served as a member of the Board.

The Governor is a member of the Governing Council of the European Central Bank, and is therefore a party to decisions on the monetary policy of the euro area.

The present Board has three members. The Governor of the Bank of Finland is Olli Rehn. Marja Nykänen is Deputy Governor and Tuomas Välimäki is Member of the Board. 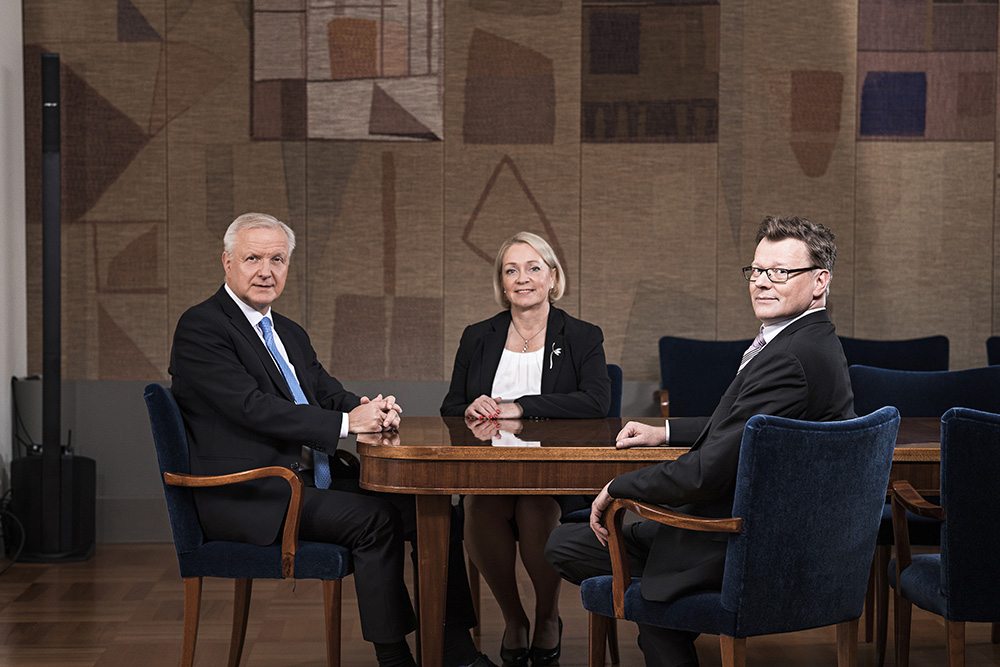 Members of the board

Member of the Board

Rules of procedure of the Board of the Bank of Finland

Board Members in the history of the Bank of Finland