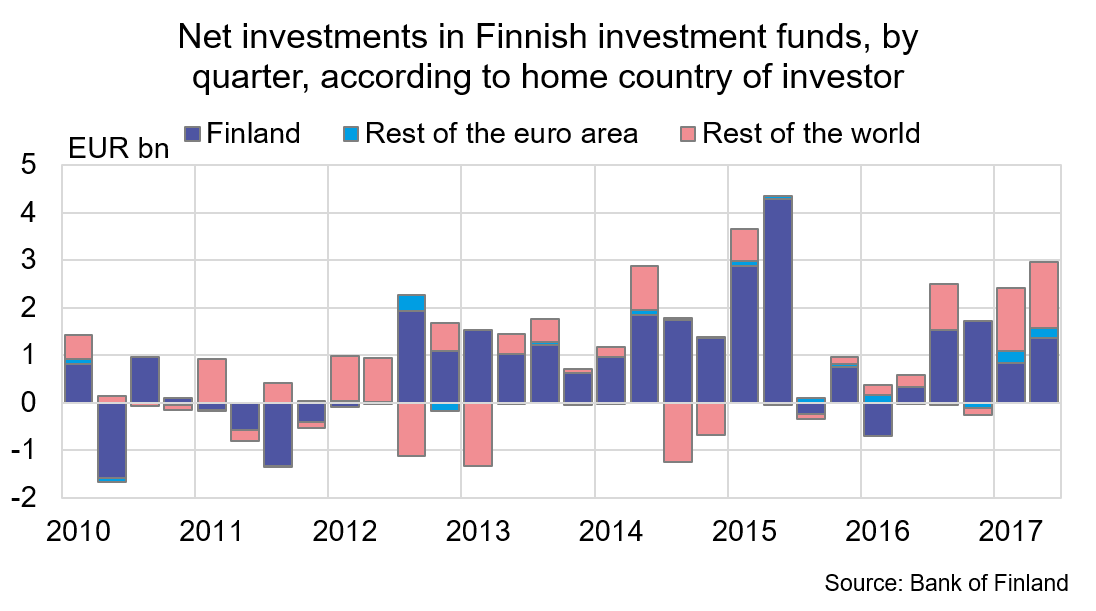 Investments in corporate debt instruments increased, US shares were sold

Among the types of funds, bond funds attracted most of the new capital, EUR 2.8 bn, in January-June. As in recent years, these investments were mainly directed at debt instruments issued by non-financial corporations and financial institutions.

Equity funds registered a net inflow of EUR 1.4 bn in new investments. These were mostly channelled into European and Asian stock markets. By contrast, Finnish funds’ repatriations of investments in US shares were EUR 0.6 bn higher than their additional investments in them.

In addition to new investments, valuation changes boosted Finnish investment fund assets by EUR 2.7 bn in the first half of the year. In all, the assets increased by 7.5%, with their value staying at EUR 116 bn at the end of June.

The next investment fund news release will be published at 1 pm on 1 November 2017.