Regarding the use of cash, the ecological impact primarily originates from the cash distribution channels and the processing and transportation of cash.1 Distribution of cash to the public in Finland mainly occurs via an automated network. The secondary distribution channel – bank branches that supply cash– is becoming less important. Cash transports and automatic teller machine (ATM) distribution require energy and create emissions.

The issuance of cash has increased steadily in Finland, mainly as a result of higher use of ATM banknotes in tourism by Finns. As a means of payment, the popularity of cash has waned noticeably in Finland since the introduction of the euro.

Finland procures euro banknotes from licenced printing works, and restricting the environmental impact from the production of banknotes is a joint effort within the Eurosystem. The euro banknote substrate is made of cotton-fibre paper, which is more durable than ordinary paper. Euro area countries have agreed to increase the use of sustainable cotton in banknote production to 34% by 2020. Finland is a member of the Joint Euro Tender (JET) group consisting of 8 euro area countries, which aims at increasing the use of sustainable cotton to a full 100%. In the second series of euro banknotes, the durability of the notes has been enhanced by the application of a protective varnish layer. As a result, the lifespan of the euro banknotes of the smallest denominations has as much as doubled. 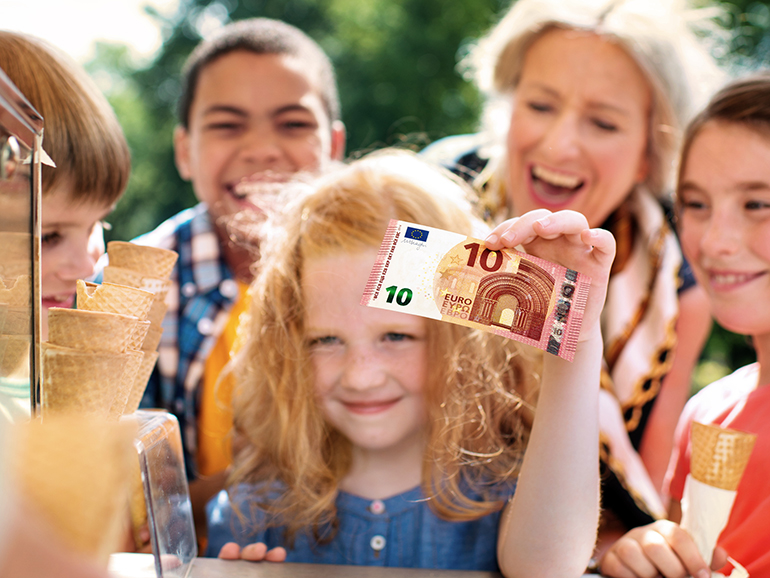 Cash supply also covers euro coins, which are used not only for giving change in small payments but also as means of payment in vending machines. The metals used in euro coins are principally recyclable. Over the years, many euro area countries have discontinued the use of 1 and 2 euro cent coins. Due to the Finnish Act on the rounding of payments denominated in euro, these coins are not in active circulation in Finland.

There is no research in Finland about the climate impact of cash. In the Netherlands, which is similar to Finland in terms of payment methods, the impact of cash payments on climate change has been only 0.01% of the country’s total carbon emissions. Compared with the Netherlands, cash transports probably constitute a larger share of environmental impacts in Finland, due to Finland’s size and the long distances in the country. Finland has been making efforts to reduce cash transportation by means of a variety of storage systems.