Production or the passing on of counterfeit money is a punishable act under the Criminal Code of Finland.

Receiving counterfeit euro banknotes from an ATM is in principle impossible, as private ATM companies are under an obligation to check the authenticity and condition of banknotes being returned to circulation via their ATMs, using the Eurosystem's successfully tested banknote handling devices that remove counterfeit and unfit banknotes from circulation.

If you handle large quantities of money every day, you could come across a suspect banknote. Ideally, your employer should have drawn up a plan for such an eventuality. Here are some tips if you are uncertain about a note.

If you think you have accepted a counterfeit by mistake, please act as follows:

The fight against counterfeiting (ECB)

Council regulation lays down measures on protection against counterfeiting (PDF)

What should I do if I suspect a banknote is fake? (ECB)

Data visualisation of the euro counterfeits in Finland

Statistical information on counterfeit euro banknotes and coins found in circulation in Finland is available as an interactive data visualisation. The data is updated twice a year. 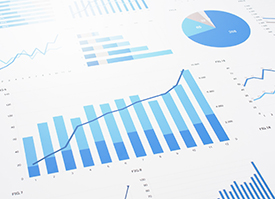