T2S was developed for central securities depositories – and not to compete with them. The objective is to reduce the costs of cross-border securities settlement and increase competition and choice among providers of post-trading services in Europe. The main objective of T2S is to integrate and harmonise the highly fragmented securities settlement infrastructure in Europe. It is a critical step towards the creation of a true single market for financial services in the EU. T2S enhances the collateral and liquidity management of market participants engaged in securities trading.

The central banks of Germany, Italy, France and Spain were together responsible for the development of T2S. They are also responsible for the daily operation of the service platform. The Bank of Finland will open central bank money accounts for its customers and provide liquidity management services in T2S. As one of the owners of the settlement platform, the Bank of Finland participates, via Eurosystem working groups, in the development of T2S and other market infrastructures. 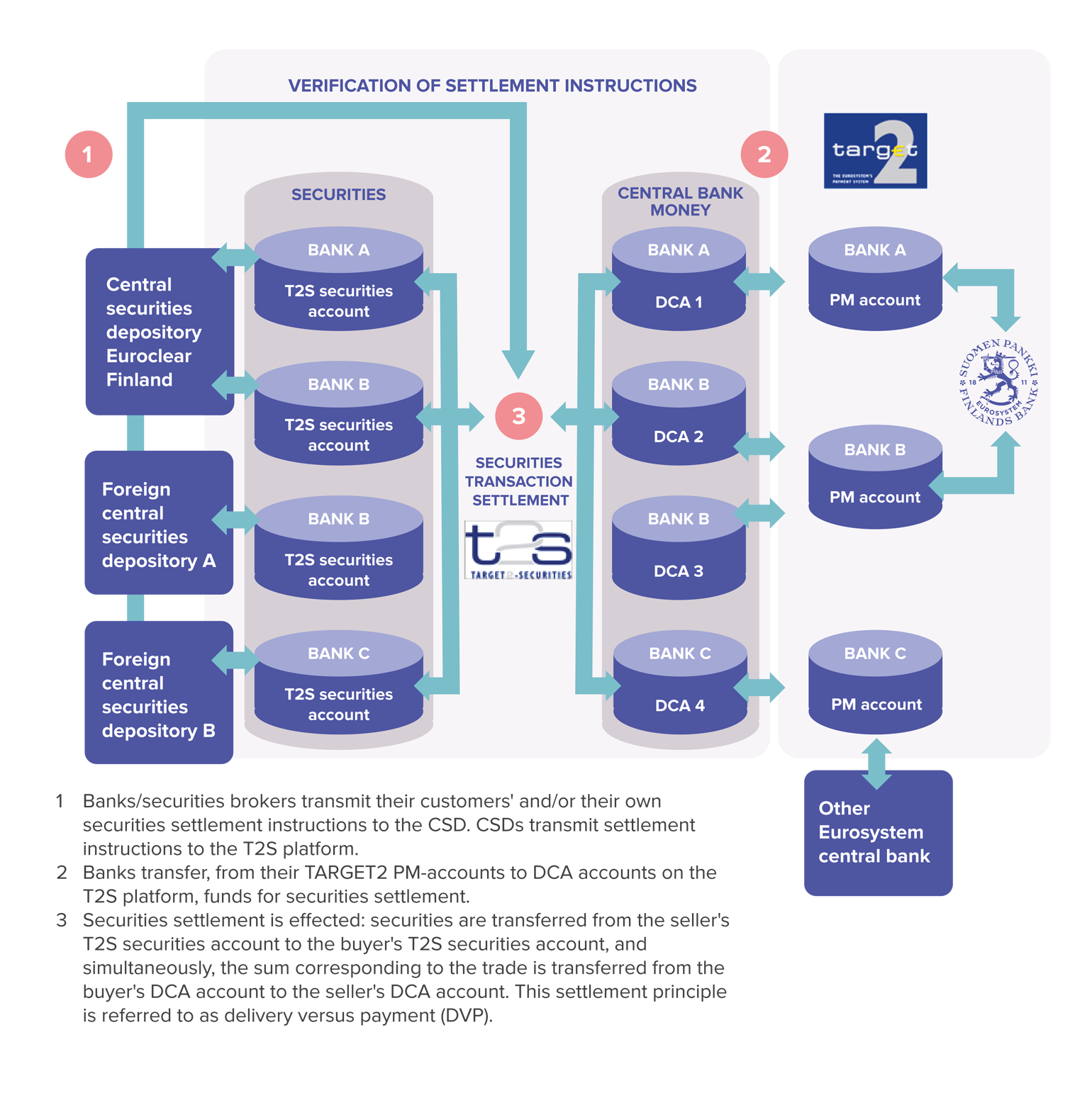 Bank of Finland rules for counterparties and customers