Securities issued by a Finnish entity can be entered in the book entry system of a Finnish or foreign central securities depository. The issuer can be either a company or a government. Despite the issuer’s right to choose, securities issuance and securities in the EU are subject to national company law or other similar law. When the securities have been recorded in the book entry system, they can be traded publicly on a stock exchange or other trading venue. The instrument subject to trading can also include the various rights or obligations related to book-entries.

The chart gallery shows the development of the volume and value of trades settled by Euroclear Finland.

The operation of payment and settlement systems in the euro area is described in detail in the book The Payment System – Payments, Securities and Derivatives, and the Role of the Eurosystem. 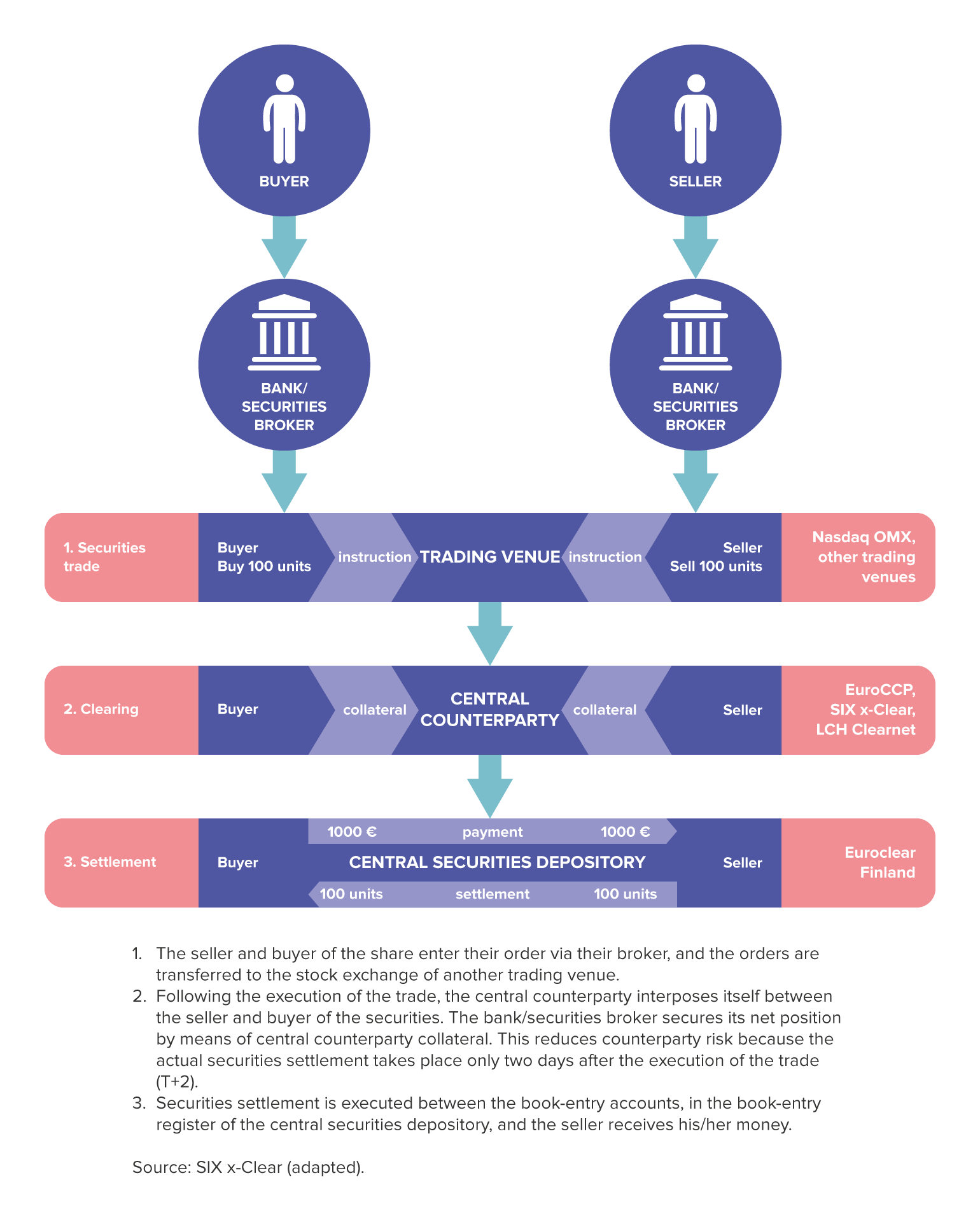