The stock of corporate loans has grown steadily since the beginning of 2014. In the first half of 2017, it grew by approximately EUR 2 billion, although according to the latest data it contracted slightly in July. The corporate loan stock excluding housing corporations exceeded EUR 50 billion at the end of 2016, and in July 2017 it stood at EUR 50.8 billion. The loan stock including housing corporations has grown since the start of 2017, to EUR 78 billion. 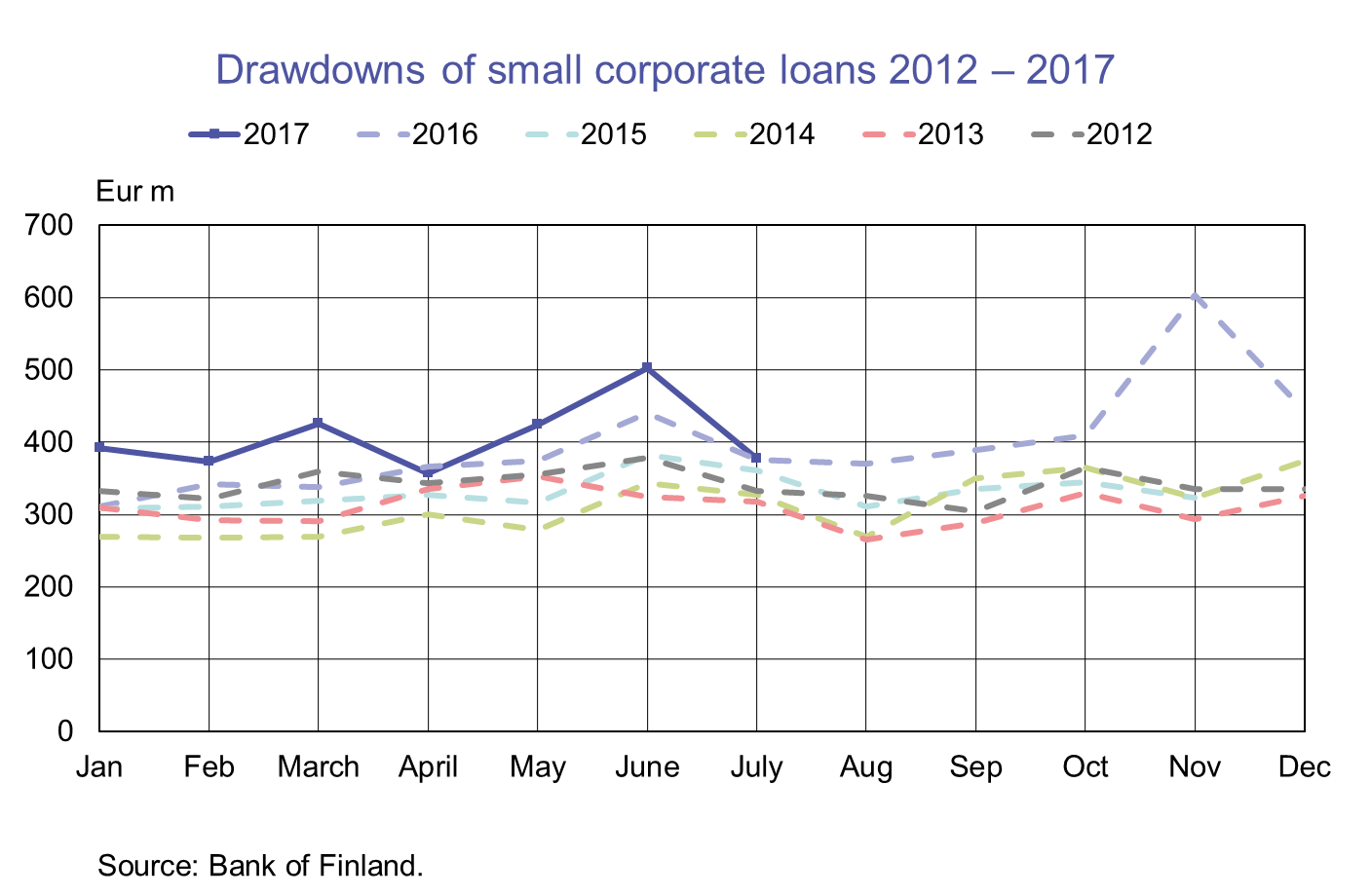