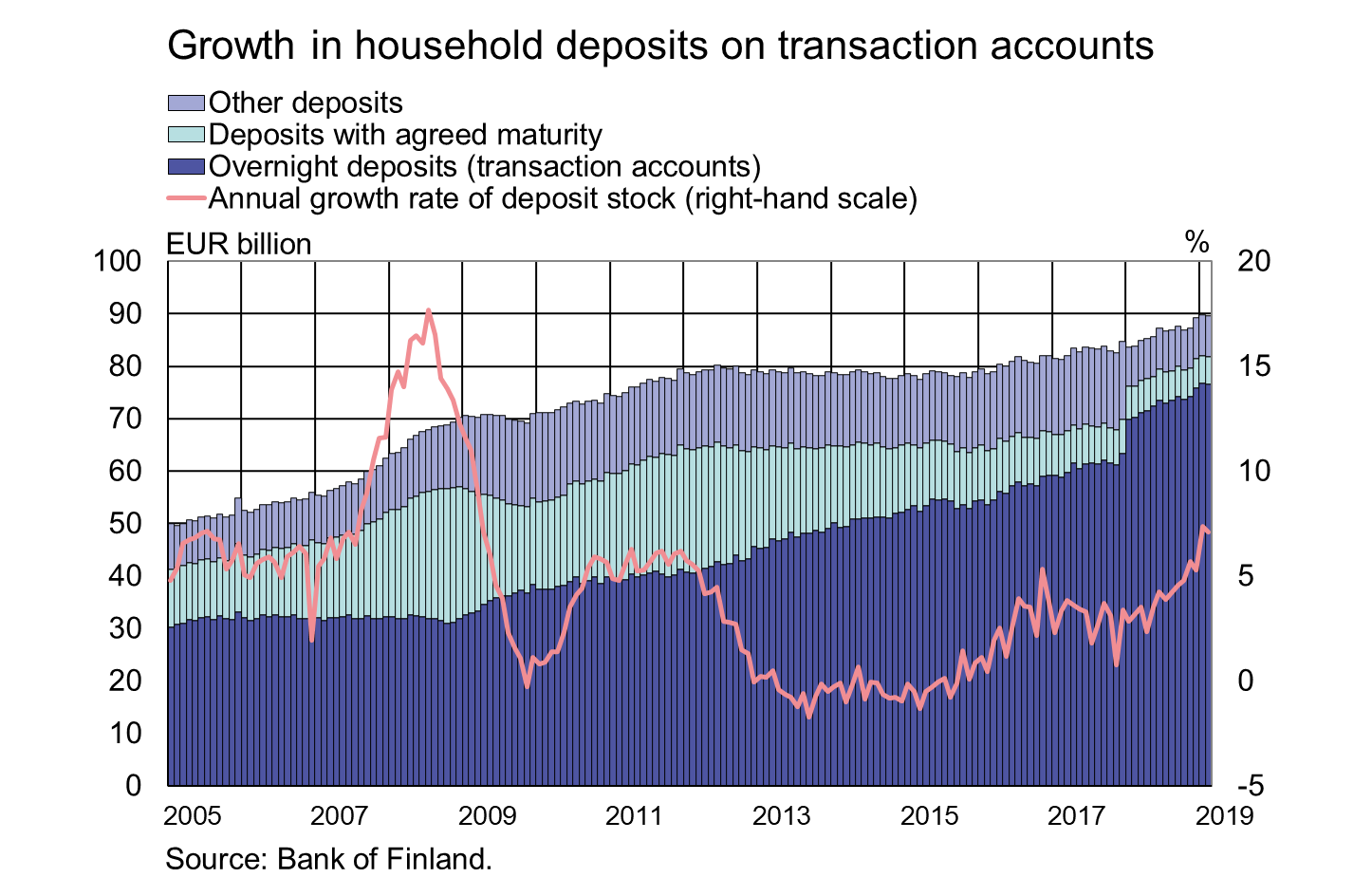 Households’ new drawdowns of housing loans in February 2019 amounted to EUR 1.4 bn, which is slightly less than in the corresponding period a year earlier. The average interest rate on new housing-loan drawdowns declined from January, to 0.81%. At the end of February 2019, the stock of euro-denominated housing loans totalled EUR 97.9 bn and the annual growth rate of the stock was 1.9%. Household credit at end-February comprised EUR 15.8 bn in consumer credit and EUR 17.4 bn in other loans.

In February, households concluded EUR 0.3 bn of new agreements on deposits with agreed maturity, at an average interest rate of 0.24%.

1 Transaction accounts refer to overnight deposits redeemable on demand that, in addition to daily transaction accounts, include also other household accounts that do not contain restrictive drawing provisions but can only be used for cash withdrawal or through another account.
2 The stock of deposits comprises households’ transaction accounts, deposits with agreed maturity and investment deposits. Investment deposits (deposits redeemable at notice) are non-transferable deposits without any agreed maturity which cannot be converted into currency without a period of prior notice; before the expiry the conversion into currency is not possible or possible only with a penalty.
3 Households’ financial assets include, for example, deposits, shares, insurance technical reserves and fund shares.