Growth in the euro volume of new housing corporation loans, which has already continued for several years, has levelled off. In April 2019, drawdowns of housing corporation loans totalled EUR 0.4 bn – almost one-fifth less than a year earlier. Since the beginning of 2019, new drawdowns have amounted to EUR 1.9 bn, which is EUR 0.1 bn less than in the corresponding period in 2018.

While borrowing by housing corporations has levelled off, construction activity has also slackened at the same time. According to Statistics Finland, the number of building permits has decreased and growth of ongoing building production has abated in the first quarter of 2019. 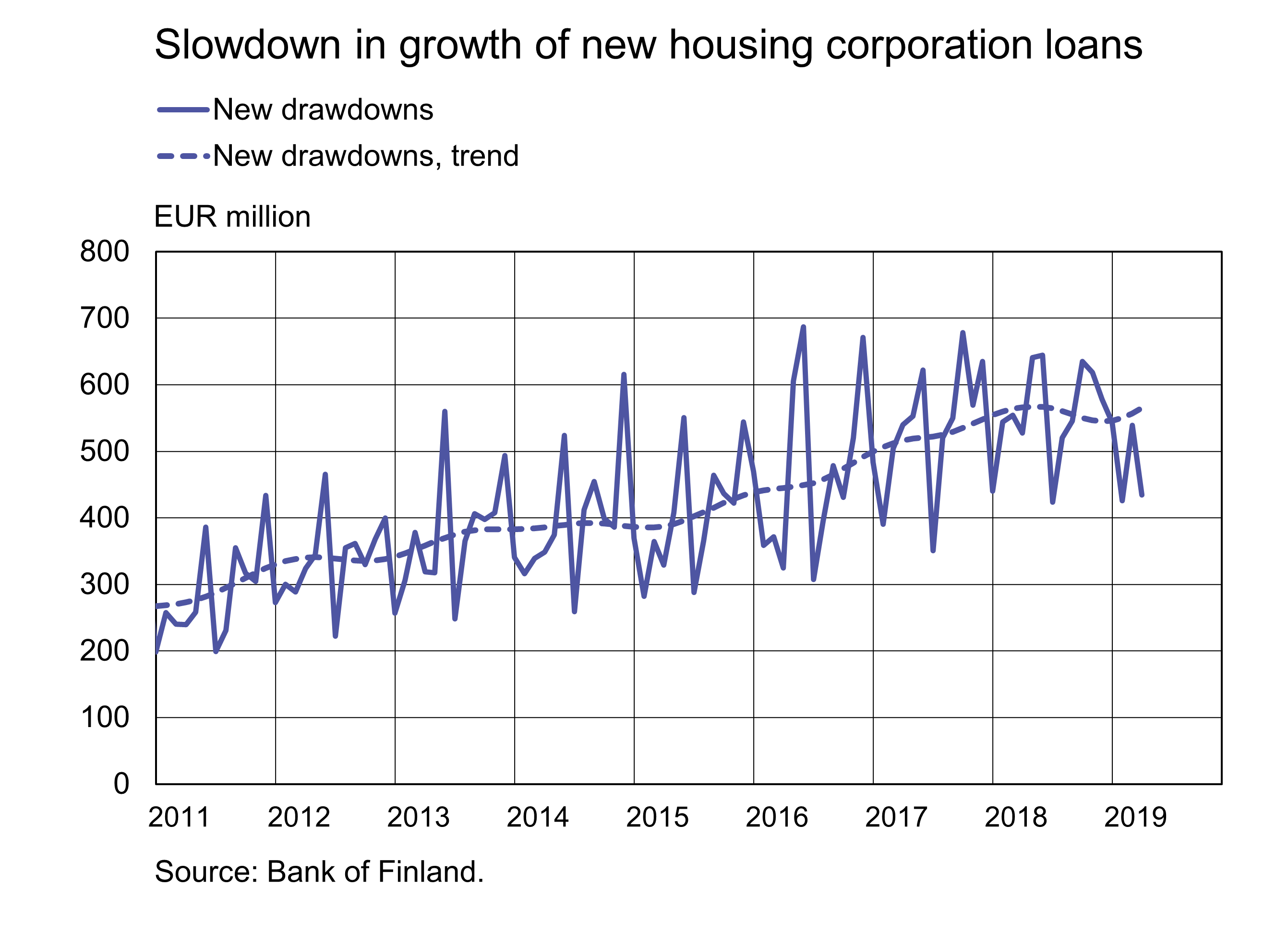 In April 2019, households’ new drawdowns of housing loans amounted to EUR 1.6 bn, slightly up on the corresponding period a year earlier. At the end of April, the stock of euro-denominated housing loans totalled EUR 98.1 bn and the annual growth rate of the stock was 1.9%. Household credit at end-April comprised EUR 15.9 bn in consumer credit and EUR 17.3 bn in other loans.