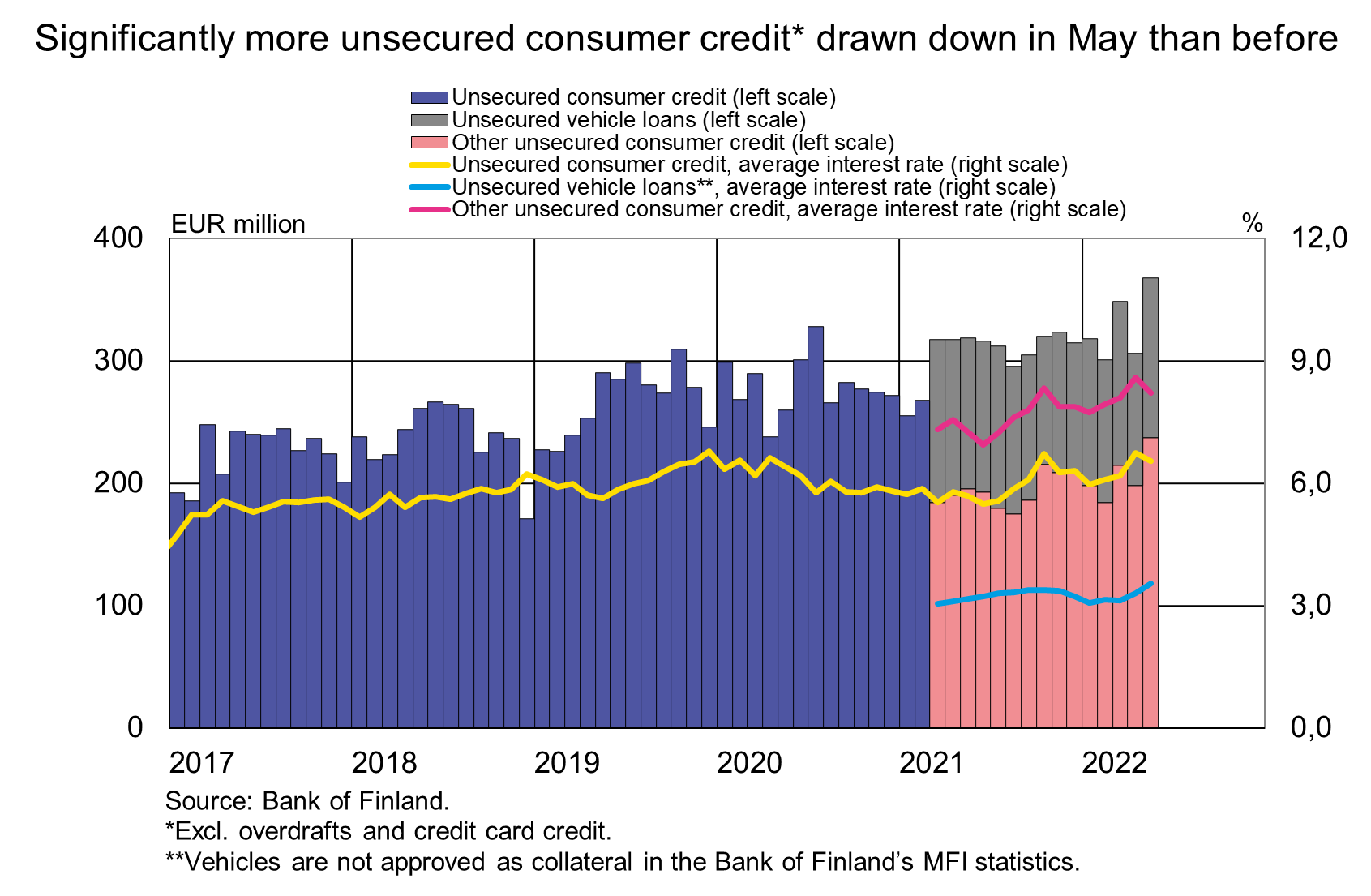 New drawdowns of housing loans by Finnish households amounted to EUR 1.9 billion in May 2022, which is EUR 180 million less than in the same period a year earlier. Investment property loans accounted for EUR 143 million of the newly drawn housing loans. The average interest rate on new housing loans rose from April to stand at 1.13% in May. At the end of May 2022, the stock of housing loans totalled EUR 107.7 billion, and its year-on-year growth was 3.2%. Investment property loans accounted for EUR 8.8 billion of the housing loan stock. At the end of May, Finnish households’ loan stock included EUR 16.9 billion of consumer credit and EUR 18.1 billion of other loans.

At the end of May 2022, the total stock of Finnish households’ deposits was EUR 112.2 billion, and the average interest on these deposits was 0.03%. Overnight deposits accounted for EUR 103.1 billion and deposits with agreed maturity for EUR 2.1 billion of the total deposit stock. In May, Finnish households made new deposit agreements with an agreed maturity in the amount of EUR 42 million, at an average interest of 0.30%.

The next news release on money and banking statistics will be published at 10:00 on 1 August 2022.

Related statistical data and ‑graphs are also available on the Bank of Finland website at https://www.suomenpankki.fi/en/Statistics/mfi-balance-sheet/.