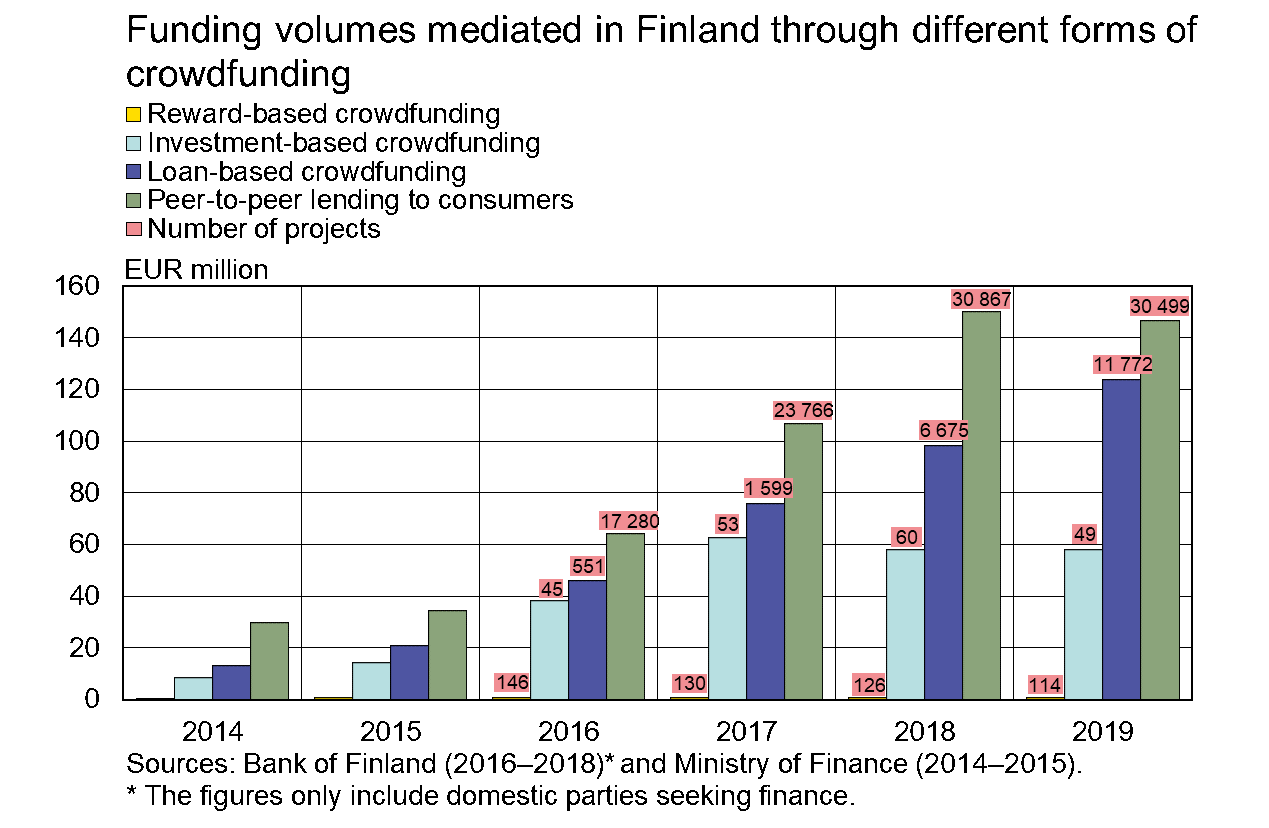 Click here to subscribe to email updates on the annual news release on crowdfunding and peer-to-peer lending.

[1] Comprises investment-, loan- and reward-based crowdfunding as well as peer-to-peer lending to consumers. The figures only include successful projects of domestic parties seeking finance. The figures also include anchor investors and co-investors.

[2] Both in terms of value and number of contracts.

[5] Direct equity investment in a non-listed company through a crowdfunding platform.