Increase in the number of projects on service platforms 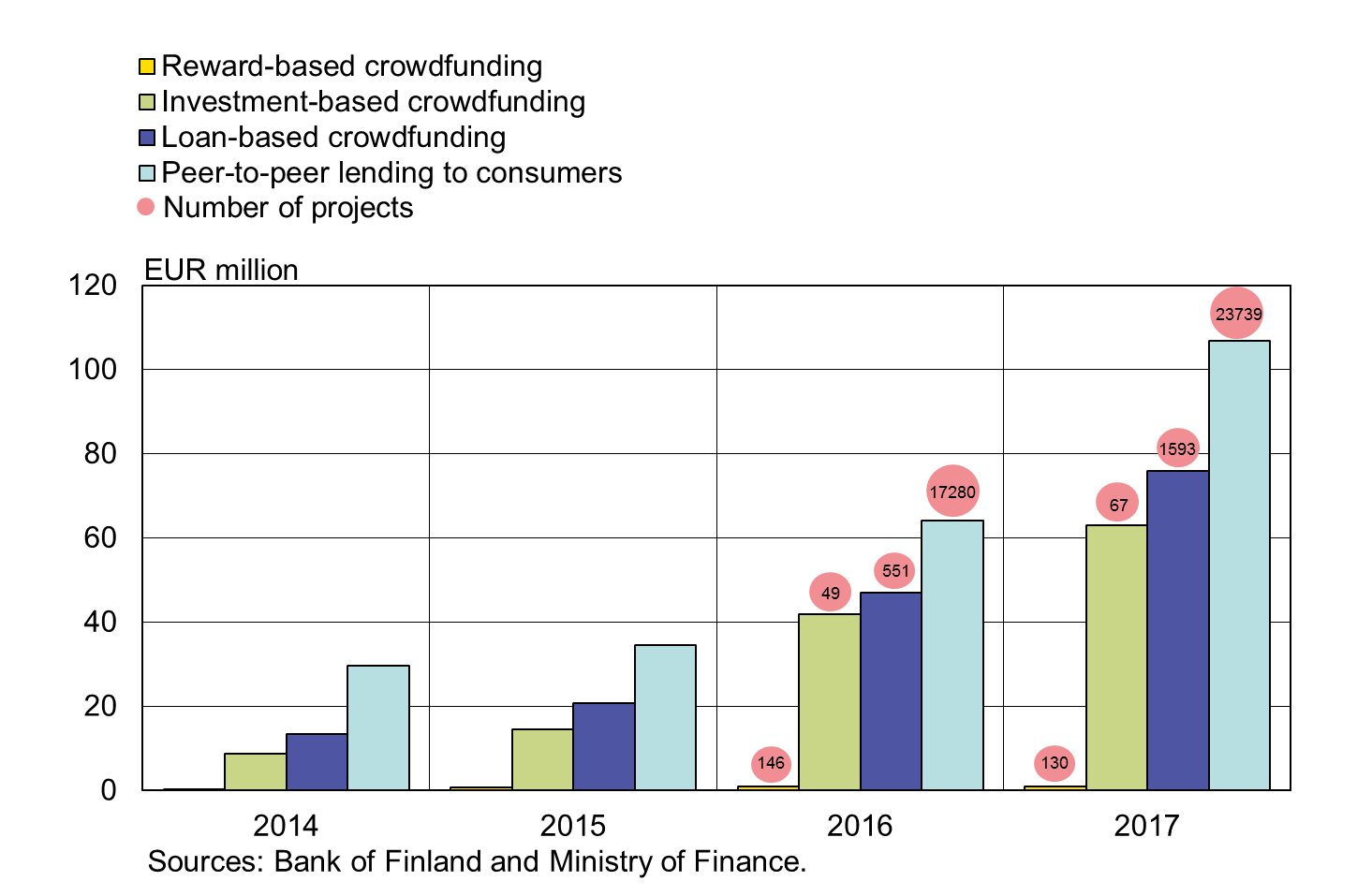 Increase in peer-to-peer lending volumes to individualsThe volume of peer-to-peer (P2P) lending mediated to consumers grew by 67% in 2017, totalling almost EUR 107 million. P2P loans are estimated to account for about 1% of the total stock of consumer credit to households (EUR 19 billion). 58% of P2P loans to individuals was funded by other consumers, while the remaining share was funded by other investors. In 2017, the average size of a P2P consumer loan was EUR 4,500.