The highest increase in fund investments, EUR 1.2 bn in net terms, was by the household sector, followed by non-financial corporations, with an increase of around EUR 1 bn. 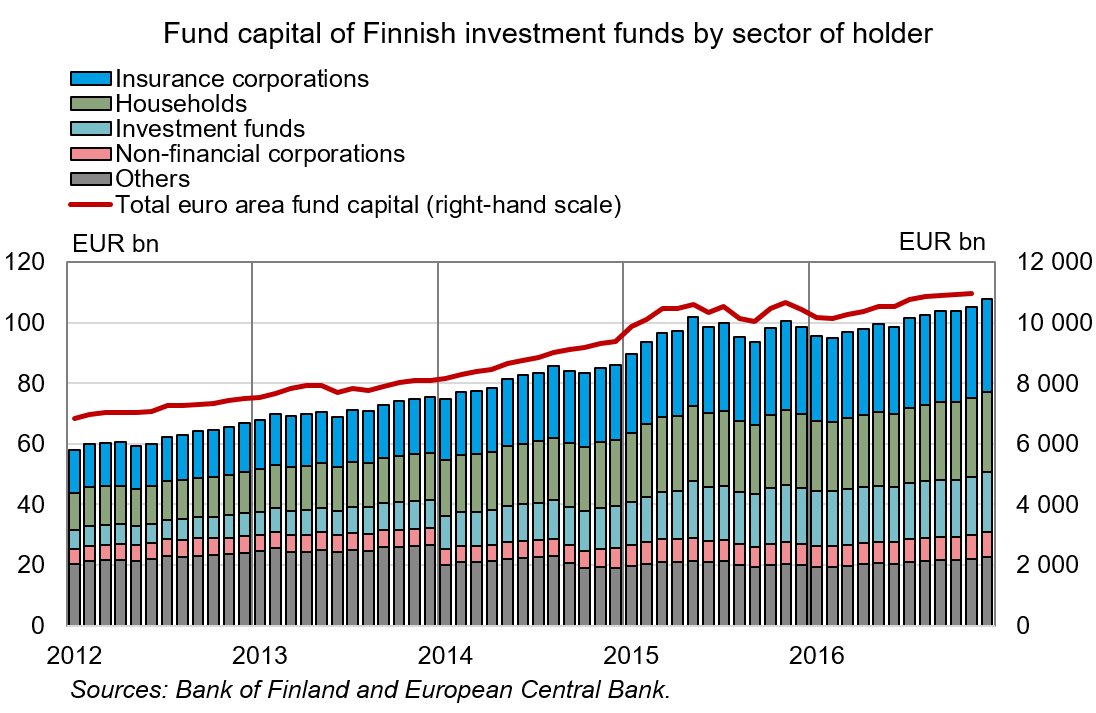 Monthly valuation changes also turned robustly positive in April, remaining in positive territory throughout the year. This boosted fund capital by a total of EUR 5.2 bn in 2016. At the end of 2016, the
total value of Finnish fund capital was EUR 107.9 bn.

The historically low level of interest rates has encouraged fund investors to seek investments with higher returns and risks. In Finland, this was reflected in 2016 particularly as a considerable increase in investments in real estate funds.

Investment funds investing in real estate gathered about EUR 1 bn in new net subscriptions. In addition to this, some of the funds used leverage to finance their investments. As a result, the investment assets of these funds grew by almost 70% on the previous year, totalling EUR 3.4 bn at the end of 2016.

In addition to open-end investment funds, closed-end real estate funds are also significant real estate investors in Finland. At the end of September 2016, the value of assets managed by these funds totalled EUR 4.8 bn.

Over 80% of the assets of both open-end and closed-end real estate funds are invested in Finland. 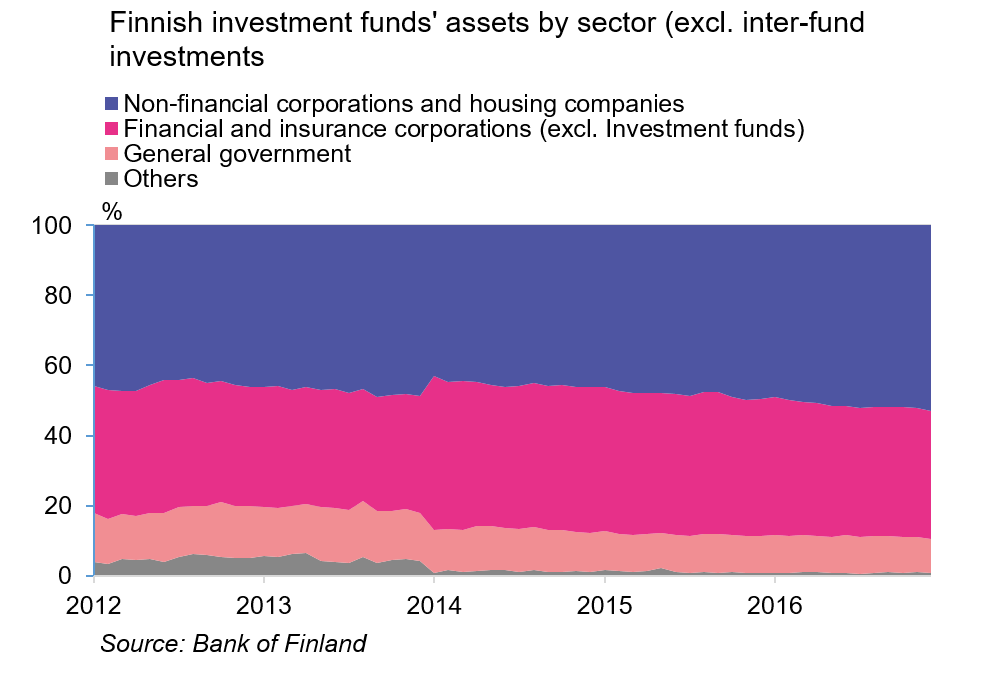 The share of investments in USA grew to 13% (+0.7 percentage point) in 2016. The main factor to this was the rise in equity prices that continued almost throughout the year. In addition, the appreciation of the US dollar before and after the Federal Reserve's interest rate rise in December boosted the euro-value of investments.

The shares of investments in Finland and the USA have both grown for several years. However, Finland's higher share is largely explained by growth in Finnish inter-fund investments.

The share of investments in the United Kingdom contracted during the year, to 4.2% (–0.8 percentage point). About half of this was explained by redemptions, and half by the depreciation of the pound sterling against the euro in the aftermath of the news of the UK's exit from the EU.

Despite the contraction, the share of investments in the UK was roughly at the same level at the end of 2016 as in the previous year on average. 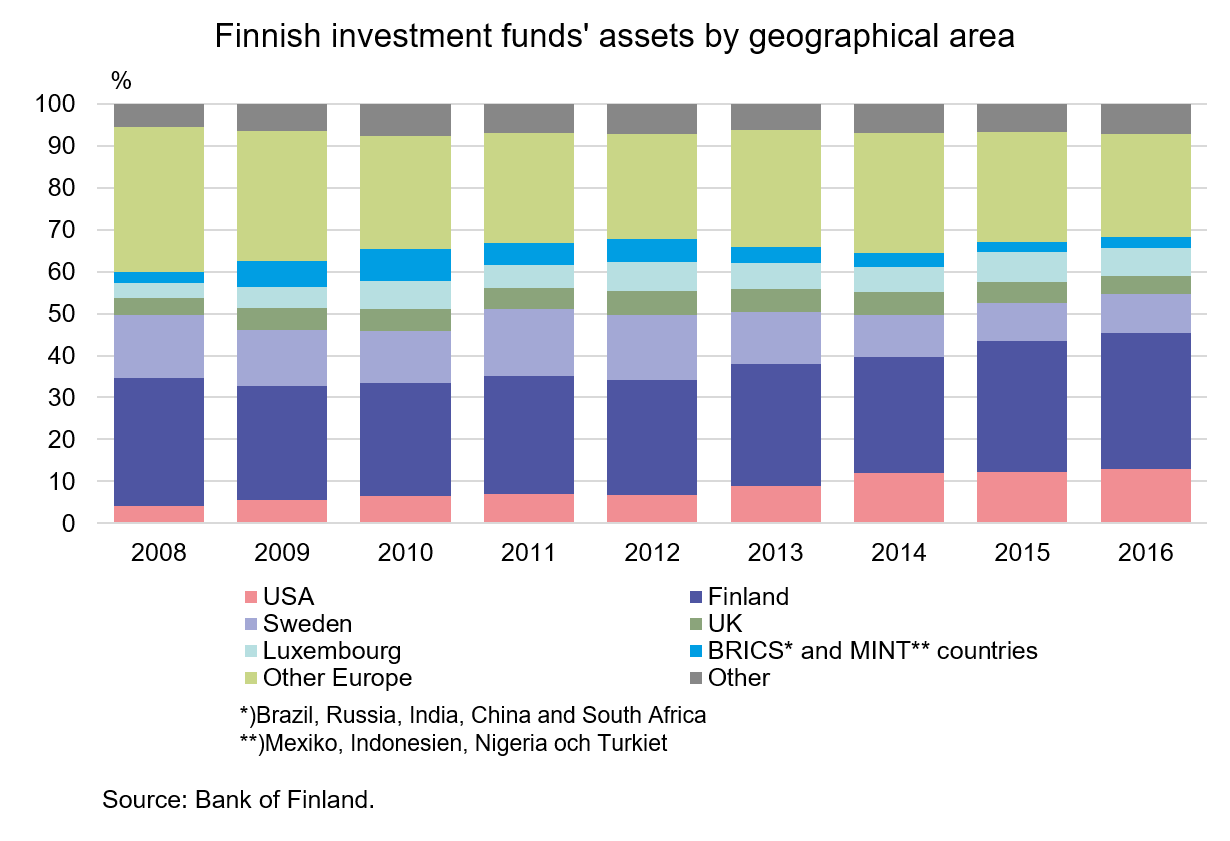 The next investment fund news release will be published at 1 pm on 2 May 2017.