The fund capital of publicly-traded open-end real estate funds in Finland grew from just under EUR 100 million at the end of 2008 to about EUR 3 bn at the end of March 2017. The value of investments has almost tripled over the past two years. In euro terms, the strongest growth was witnessed in 2016, when the value of open-end real estate funds grew by about EUR 1 bn. Growth stemmed mainly from net subscriptions, and the impact of valuation changes was small.

The largest investments in open-end real estate funds were by households. At end-March 2017 their share of fund capital was about 45% (EUR 1.2 bn). Households were followed by non-financial corporations (EUR 0.5 bn) and insurance corporations (EUR 0.4 bn). 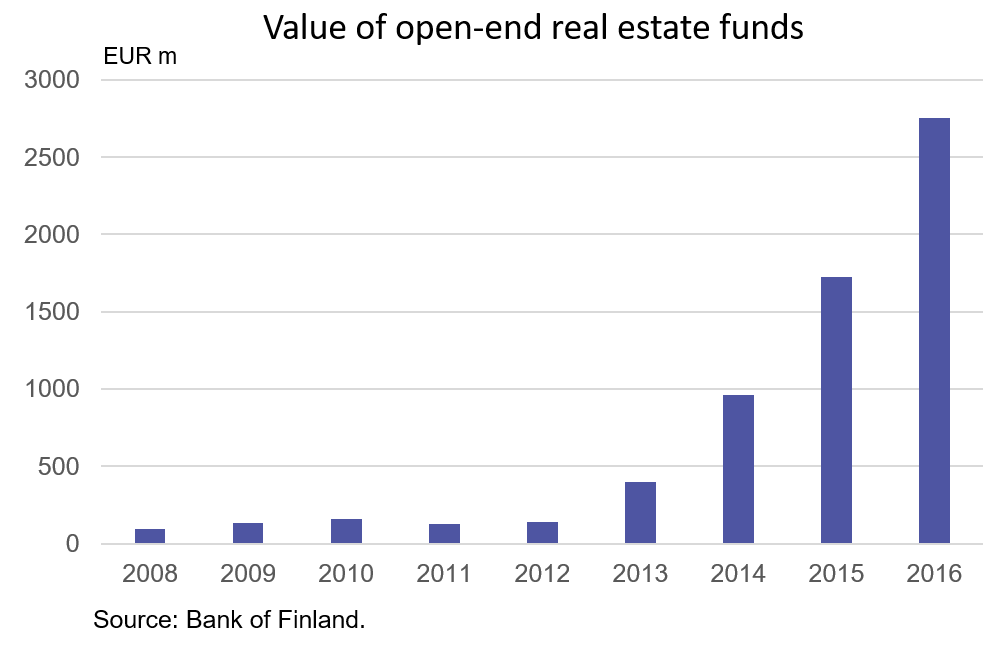 About 90% of the assets of open-end and closed-end real estate funds are invested in Finland.

The majority of real estate funds’ debt capital is from banks and insurance corporations.

The next investment fund news release will be published at 1 pm on 1 August 2017.