The fund capital of investment funds registered in Finland grew by a total of EUR 12.9 bn in 2017. EUR 7.6 bn of this growth stemmed from new investments, while EUR 5.2 bn reflected valuation changes. When flows between Finnish funds are not taken into account, the annual investment flows for 2017 were the largest seen in the history of investment fund statistics.

The largest investments from Finland in foreign investment funds were by institutional investors. By far the largest foreign holdings at the end of 2017 were those of employment pension schemes (EUR 89 bn), followed by investment funds (EUR 15 bn) and insurance corporations (EUR 11 bn).

Of net investments made in Finnish investment funds in 2017, EUR 4.8 bn was channelled into Nordic investment vehicles; 75% of this was invested in Finland.

New inflows to bond funds totalled EUR 2.4 bn in net terms. These were mainly directed at bonds issued by non-financial corporations and banks, of which most were Nordic. Only EUR 0.1 bn in net terms was channelled into government bonds.

Equity funds registered a net inflow of about EUR 3 bn in new investments. Besides investments in Finland, investment funds particularly increased their equity holdings in non-financial corporations in the United Kingdom, Sweden, Japan and the euro area. Investments in US and Russian equities, meanwhile, were reduced. 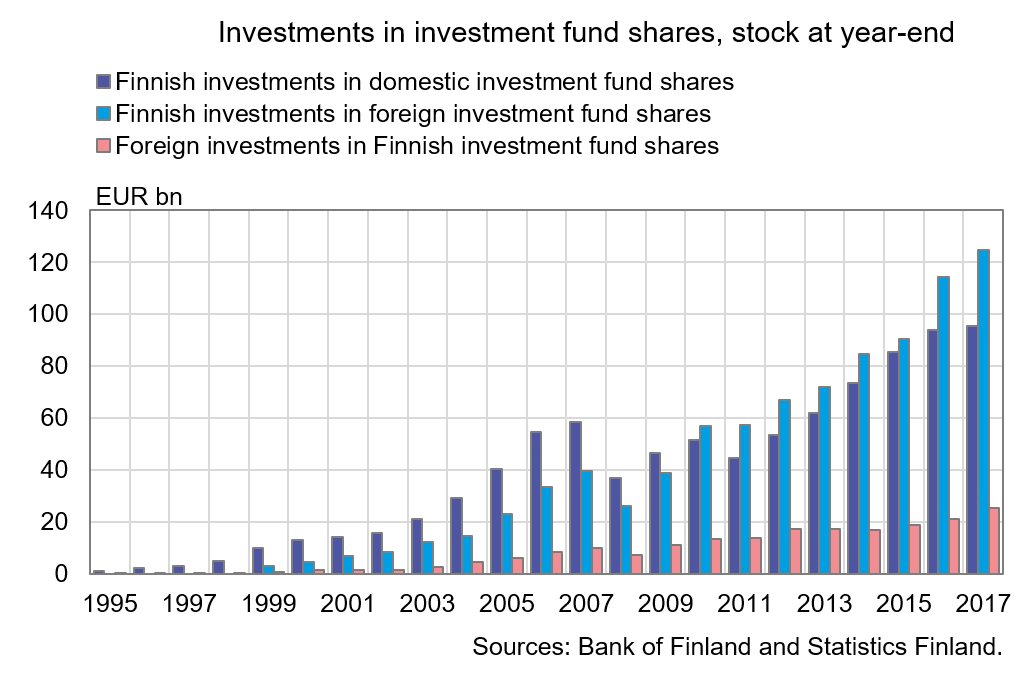