The protracted growth in investment funds registered in Finland turned negative in the first quarter of 2018. The aggregate fund capital contracted from the peak of EUR 122 bn at the end of January to EUR 119 bn at the end of March. Quarter-on-quarter, the contraction was also the largest recorded since the third quarter of 2015.

Of the decline in fund capital, about EUR 2.6 bn was due to negative valuation changes, which reflected, above all, large value depreciations of domestic and Swedish shares: EUR -0.9 bn in February and EUR -1.6 bn in March.

Open-end real estate funds also appear to have sustained their popularity at the annual level. By end-March 2018, their value had grown by as much as 33% from March 2017. These funds have grown even faster than closed-end real estate funds, the fund capital of which grew only marginally in 2017 and totalled EUR 3.1 bn at the end of the year. 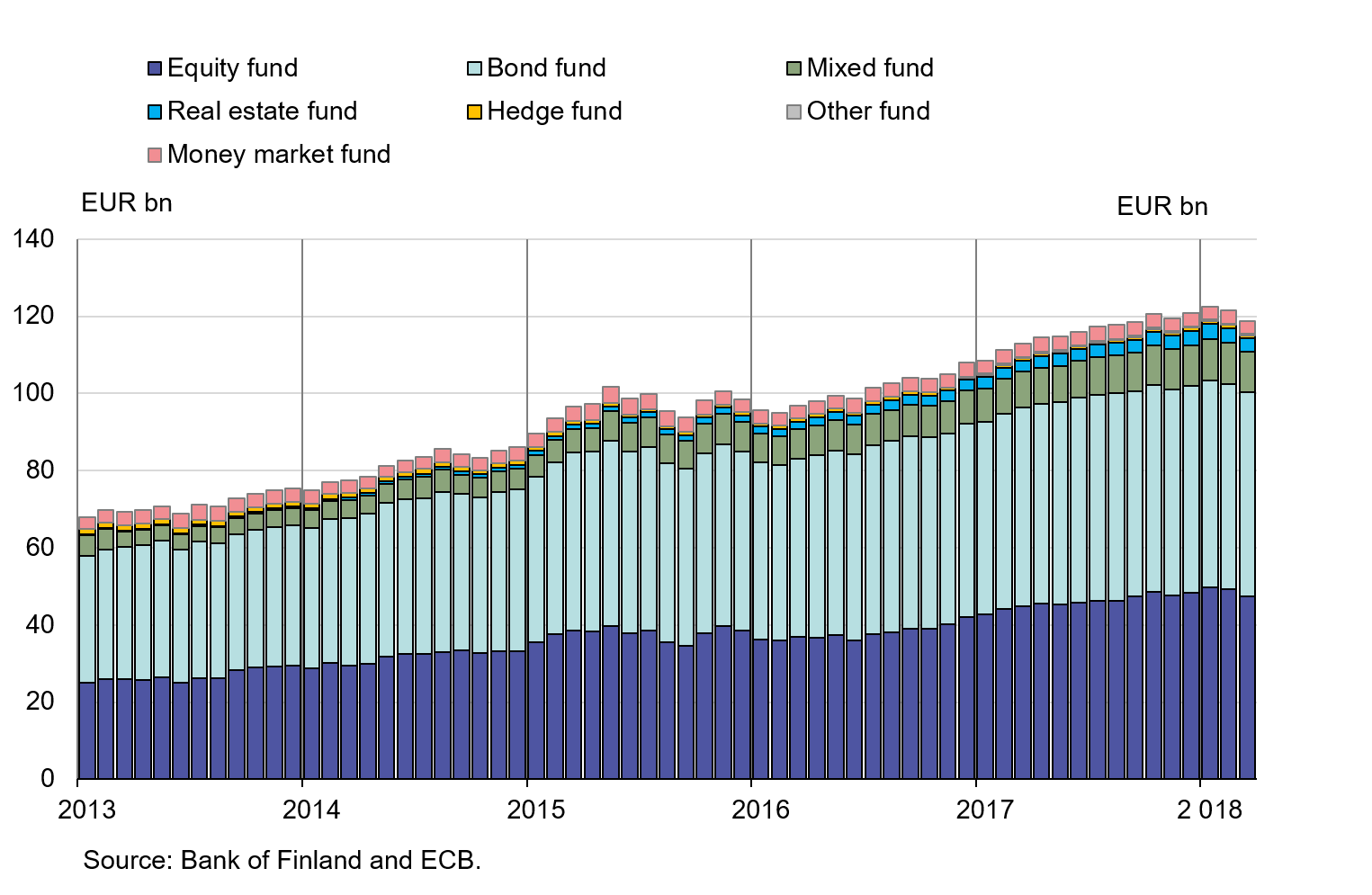