The fund capital of investment funds registered in Finland contracted by EUR 8.6 bn in the course of 2018. At the end of 2018, the fund capital totalled EUR 112.2 bn, the same level as at end-March 2017. The contraction was mainly due to negative valuation changes. Stock market fluctuations, in particular, were large in the first and fourth quarters of 2018. Valuation changes accounted for EUR 6.3 bn of the decline in the fund capital, of which EUR 4.4 bn was attributable to shares.

Net investments in other funds were positive in 2018. New investment inflows in real estate funds totalled EUR 1.0 bn, on net, and went mainly to domestic investment vehicles. The largest investors were non-financial corporations, insurance corporations and households. Mixed funds attracted net inflows of EUR 0.8 bn, which were mostly channelled into the United States. 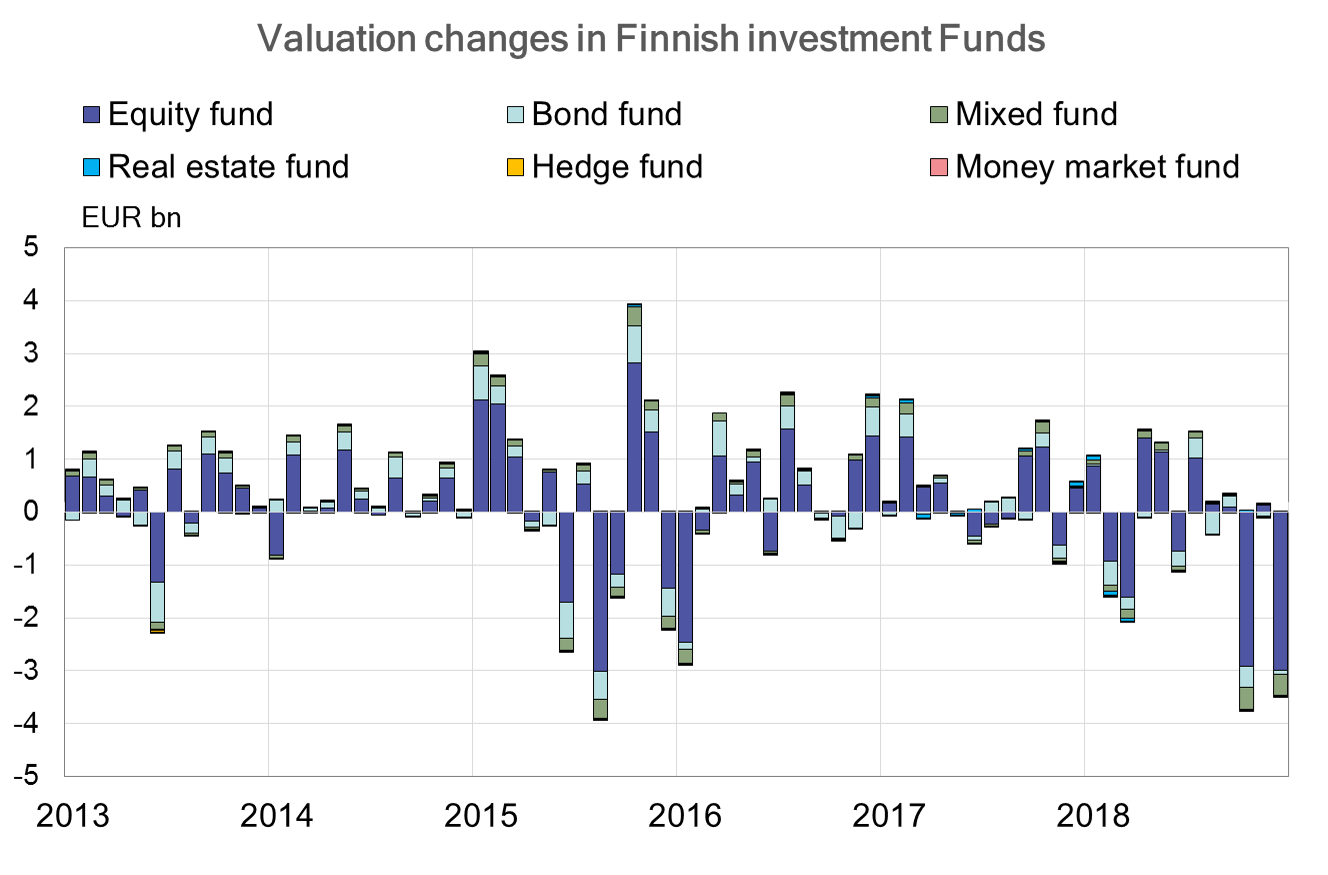 The next investment fund news release will be published at 1 pm on 3 May 2019.