Competition on the market for housing loans was reflected in interest rates in April 2017, as the average interest rate on new housing-loan drawdowns declined by 0.04 percentage point on the previous month, to 1.09%. The average interest rate has already been falling almost uninterruptedly for three years. In April, drawdowns of housing loans amounted to EUR 1.4 bn, which is slightly less than in previous years. The low amount of drawdowns is due, in part, to the small number of working days in April.

Average interest rates on new housing loans granted by the largest lenders are lower than those applied by other credit institutions, but during the year, interest rates have fallen rather uniformly among all credit institutions. The most popular housing loans tied to the 12-month Euribor were available in April 2017 at a 0.15 percentage point lower interest rate, on average, than a year earlier. As the reference rate is negative, this mainly stems from a narrowing of loan margins.1 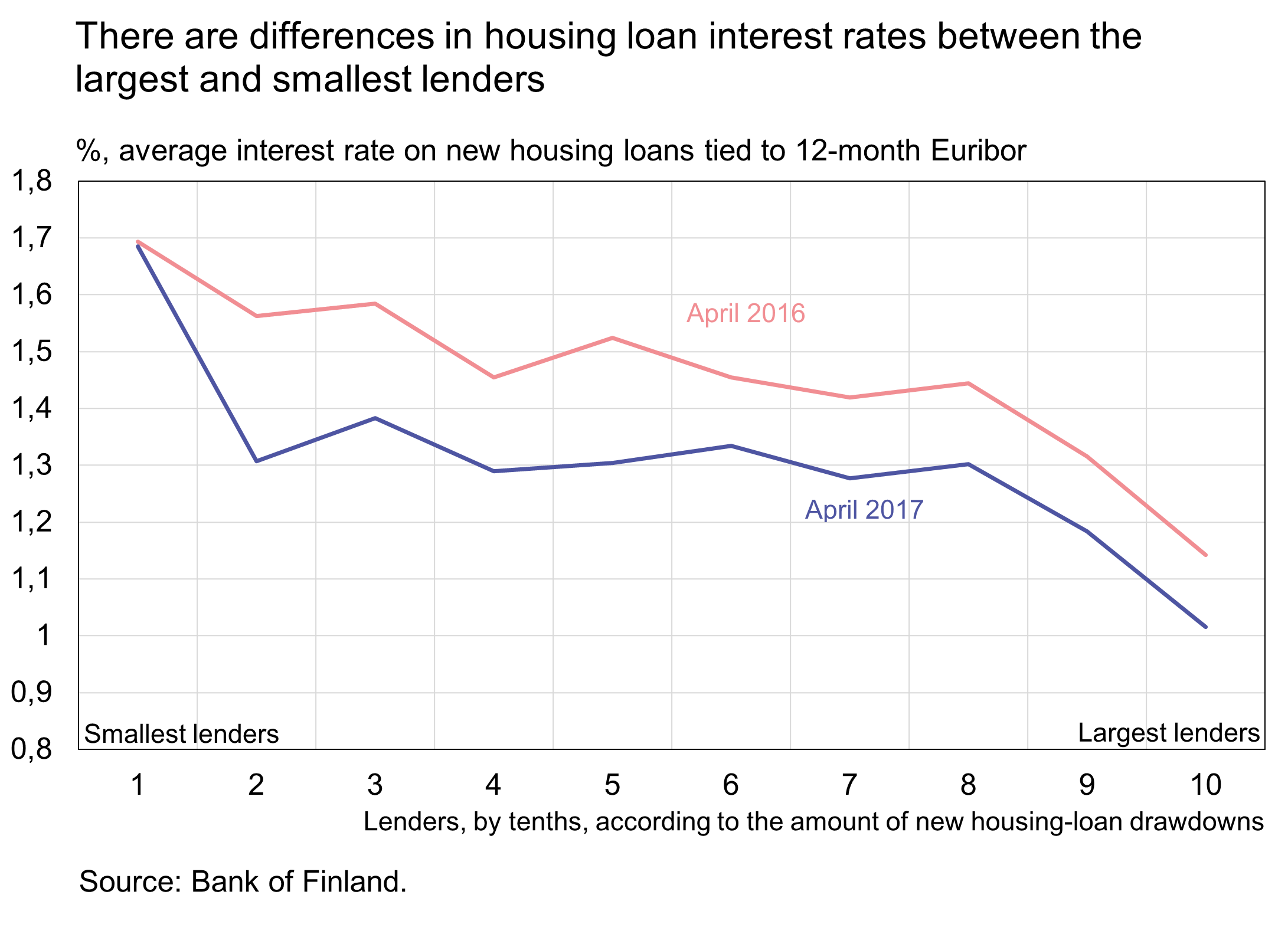 The imputed margin on new housing-loan drawdowns was 1,05%. At the end of April 2017, the stock of euro-denominated housing loans was EUR 94.5 bn, and the annual growth rate of the stock was 2.2%. Household credit at end-April comprised EUR 14.7 bn in consumer credit and EUR 16.4 bn in other loans.

Related statistical data and graphs are also available on the Bank of Finland website: https://www.suomenpankki.fi/en/Statistics/mfi-balance-sheet/