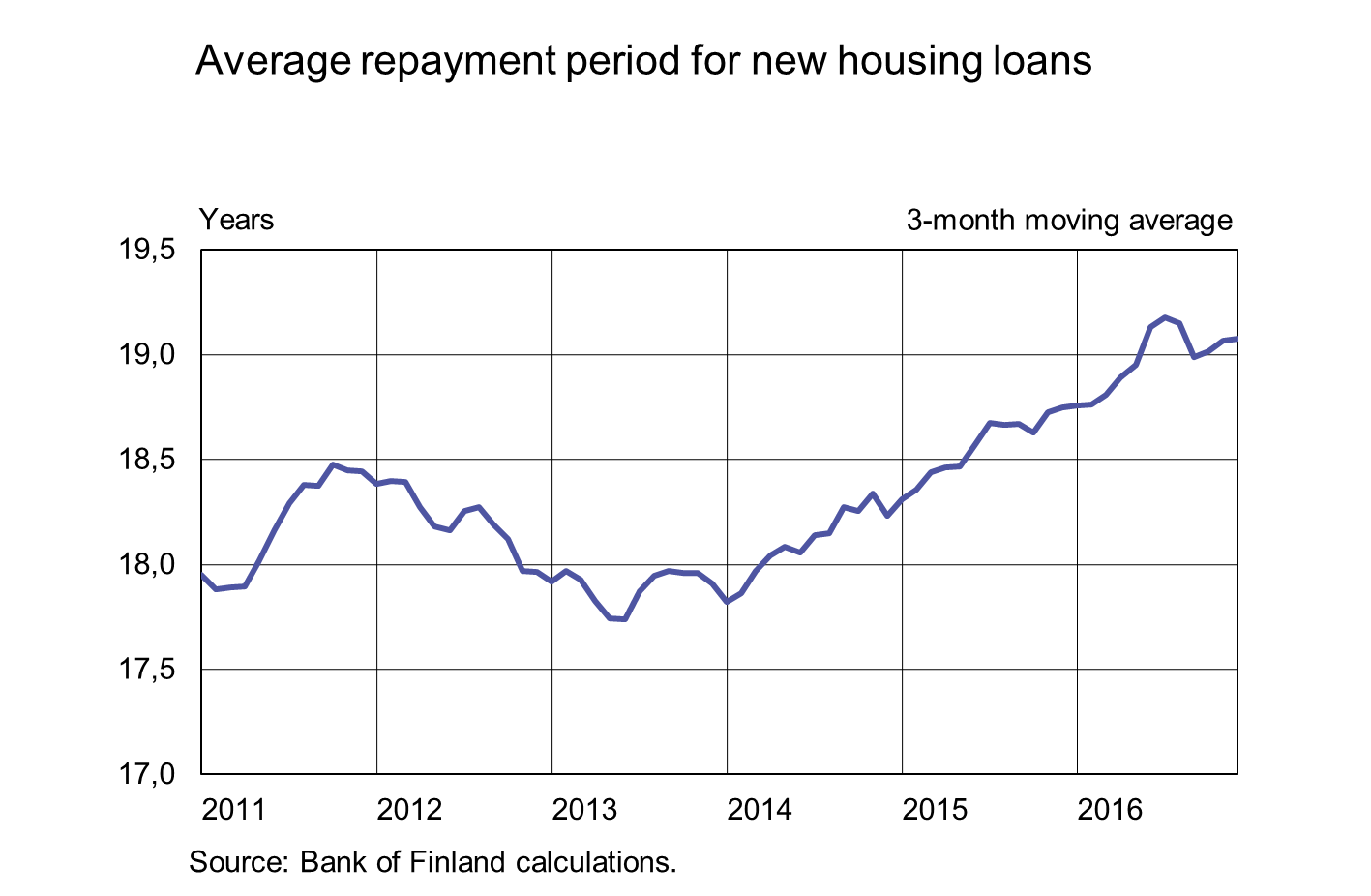 At the end of December 2016, the stock of euro-denominated housing loans totalled EUR 94.1 bn and the annual growth rate of the stock was 2.4%. At end-December, household credit comprised EUR 14.6 bn in consumer credit and EUR 16.2 bn in other loans.

1 Rate of change has been calculated from monthly differences in levels adjusted for classification and other revaluation changes.  2 Households also include non-profit institutions serving households; non-financial corporations also include housing corporations.