Annual growth in household1 deposits was 3.1% in October 2017, despite the EUR 1 bn decrease in the stock from the previous month, to EUR 86.4 bn. The highest growth rate was recorded for transaction accounts2; at the end of October, they accounted for 75% of the deposit stock. The volume of deposits with agreed maturity has continued to decline, and in October, the stock of these decreased to below EUR 7 bn (8% of household deposits). 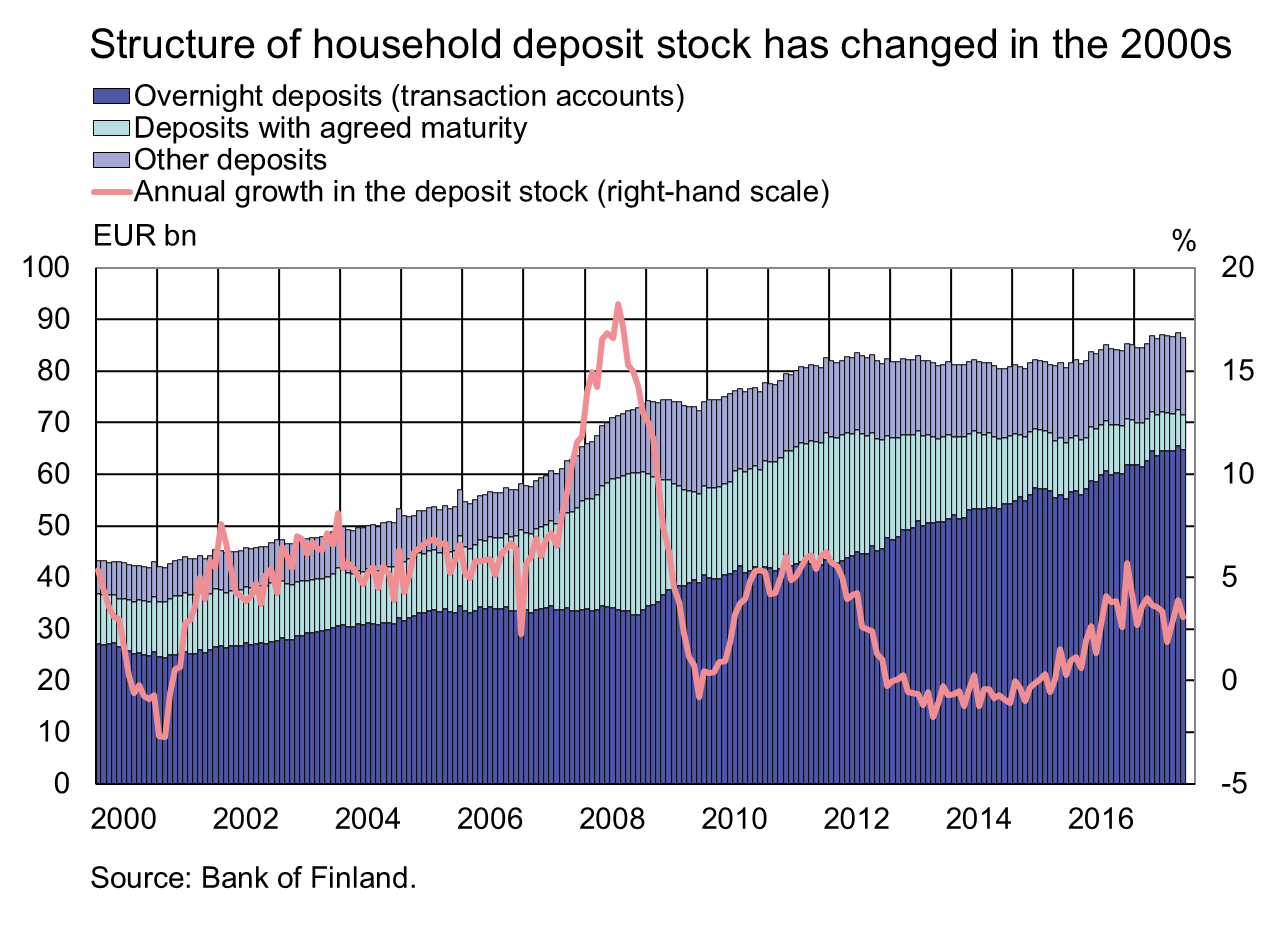 In October 2017, households drew down new housing loans to the value of EUR 1.6 bn. The average interest rate on new housing-loan drawdowns was 1.00% and the imputed margin was 0.97%. At the end of October 2017, the stock of euro-denominated housing loans amounted to EUR 95.8 bn and the annual growth rate of the stock was 2.1%. Household credit at the end of October comprised EUR 15.2 bn in consumer credit and EUR 16.8 bn in other loans.

1Households also include non-profit institutions serving households, the share of which in the stock of household deposits has since 2003 been some 4–5% (4.2% in October 2017).
2Transaction accounts refer to overnight deposits redeemable on demand that, in addition to daily transaction accounts, include also other household accounts that do not contain restrictive drawing provisions but can only be used for cash withdrawal or through another account.