In June 2017, the bulk (74%) of consumer credit (excl. overdrafts and credit card credit)1 granted by Finnish credit institutions was tied to variable interest rates,2 mainly Euribor rates of different maturities (63%). The proportion is slightly higher if the stock data of these loans are examined (78%). Consumer loans in terms of their cost are therefore – like housing loans – sensitive to rises in interest rates.

The average interest rate on new variable-rate consumer loans was 4.07% in June 2017. Meanwhile, the actual annual interest rate (annual percentage rate of charge, APRC), also taking other loan-service expenses into account, was 5.24%. In June 2017, approximately 23% of new consumer credit was tied to fixed interest rates, which are not affected by changes in market interest rates. The proportion of these loans has been declining in recent months. 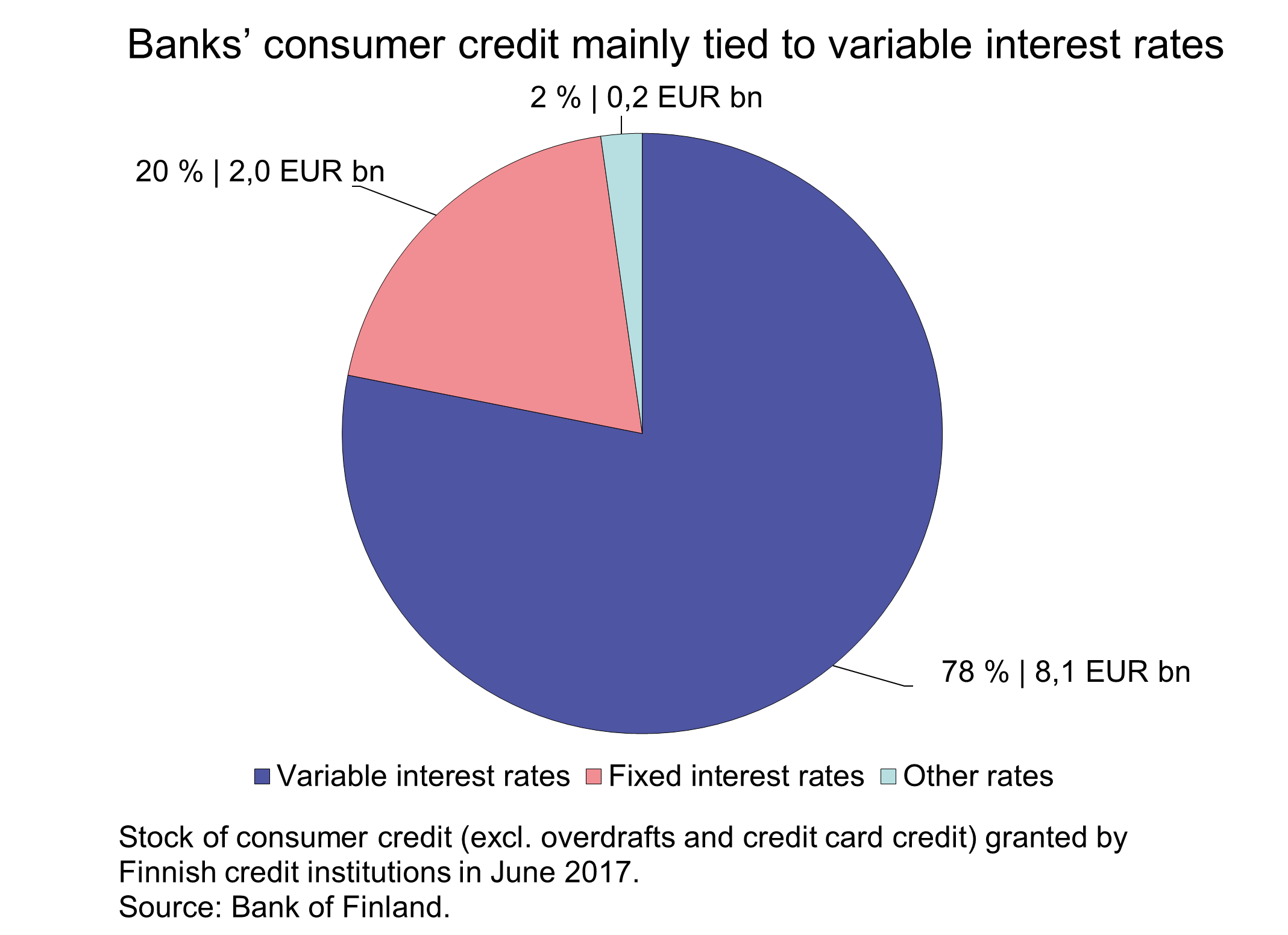 Households drew down EUR 1.8 bn worth of new housing loans in June 2017. The average interest rate on new housing-loan drawdowns was 1.07% and the imputed margin 1.04%. At the end of June 2017, the stock of euro-denominated housing loans amounted to EUR 95.0 bn. Household credit at the end of June comprised EUR 14.9 bn in consumer credit and EUR 16.5 bn in other loans.