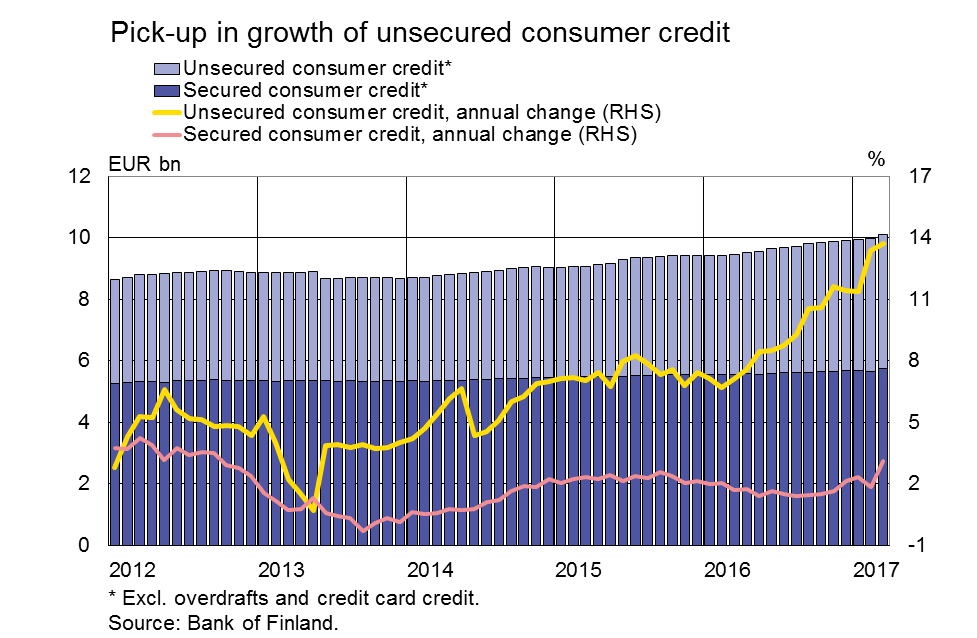 In March 2017, households’ new drawdowns of housing loans amounted to EUR 1.6 bn, which is almost EUR 0.2 bn more than in March 2016. The average interest rate on new housing-loan drawdowns was 1.13% and the imputed margin was 1,08%. At the end of March 2017, the stock of euro-denominated housing loans was EUR 94.3 bn. Household credit at end-March comprised EUR 14.7 bn in consumer credit and EUR 16.4 bn in other loans.

Related statistical data and graphs are also available on the Bank of Finland website:  https://www.suomenpankki.fi/en/Statistics/mfi-balance-sheet/.