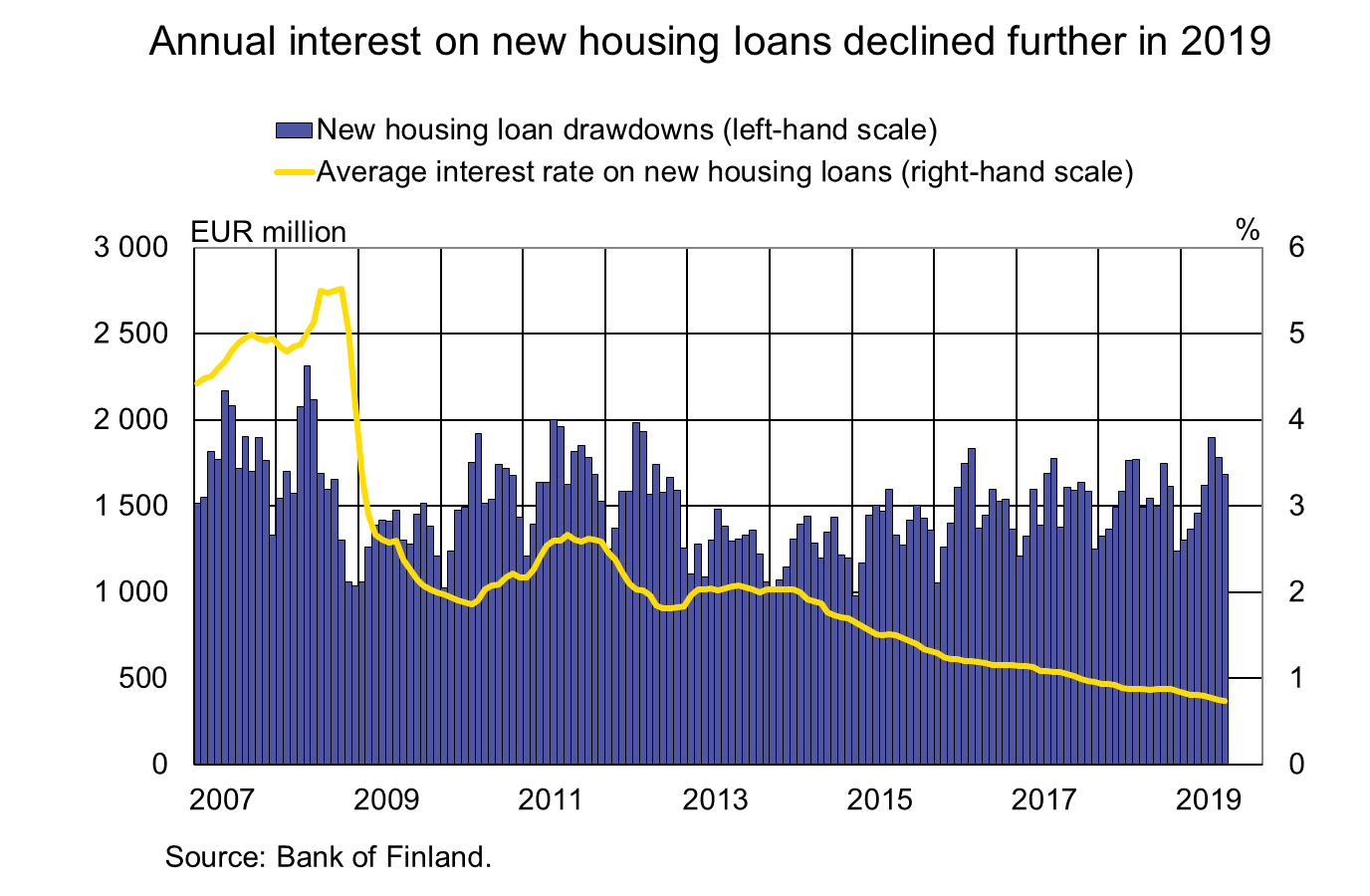 Of all household loans outstanding at the end of July, consumer credit amounted to EUR 16.2 bn, while other loans totalled EUR 17.4 bn. New drawdowns of loans to non-financial corporations (excl. overdrafts and credit card credit) in July amounted to EUR 2.4 bn. The average interest rate on new corporate loan drawdowns rose from June, to 2.2%. At the end of July, the stock of euro-denominated loans to non-financial corporations stood at EUR 88.3 bn, of which loans to housing corporations accounted for EUR 33.7 bn.

1 The assessment has been adjusted to take into account the effects of the costs of interest-rate hedging on the average interest rate margin published on the Bank of Finland website. https://www.suomenpankki.fi/en/Statistics/mfi-balance-sheet/older-news/2016/kotitalous_ja_yrityslainojen_laskennalliset_korkomarginaalit_suomessa_chrt_en/

Related statistical data and graphs are also available on the Bank of Finland website at: https://www.suomenpankki.fi/en/Statistics/mfi-balance-sheet/.