In 2018, a total of approximately 2.9 billion payments were made from Finnish bank accounts. The combined share of card payments and credit transfers was 96% of the total.1 The popularity of card payments continued strong growth, and the use of the contactless payment function in particular increased significantly during the year. In value terms, however, most of the money moved in credit transfers, which increased 9.8% in euros from the previous year. At the same time, the use of cash continued to fade, as reflected by a reduction in the number of cash withdrawals. In 2018, cash withdrawals from ATMs in Finland amounted to €11.4 billion. The amount of cash withdrawn from ATMs has decreased by more than a fifth between 2014 and 2018. 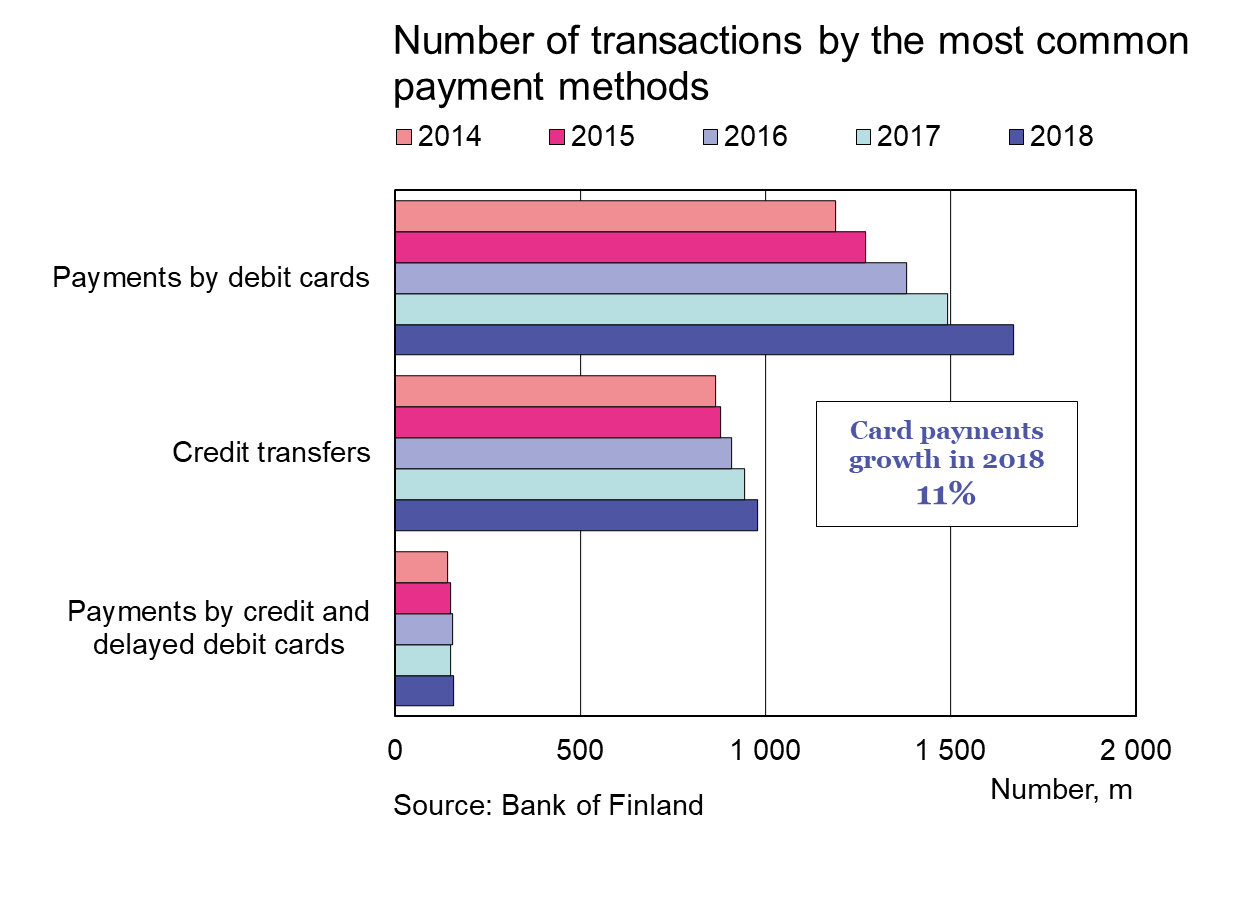 At the end of 2018, there were over 10 million payment cards in use in Finland. Slightly less than a third of them were combination cards including both a debit function and a credit or delayed debit function. The cards were used to pay 1.8 billion times during the year, which was 11% more than in 2017. On average a Finn used a card once a day in 2018. In value terms, card payments amounted to over €51 billion last year, and an average card payment was €28.

At the end of 2018, 80% of cards included the contactless payment function. 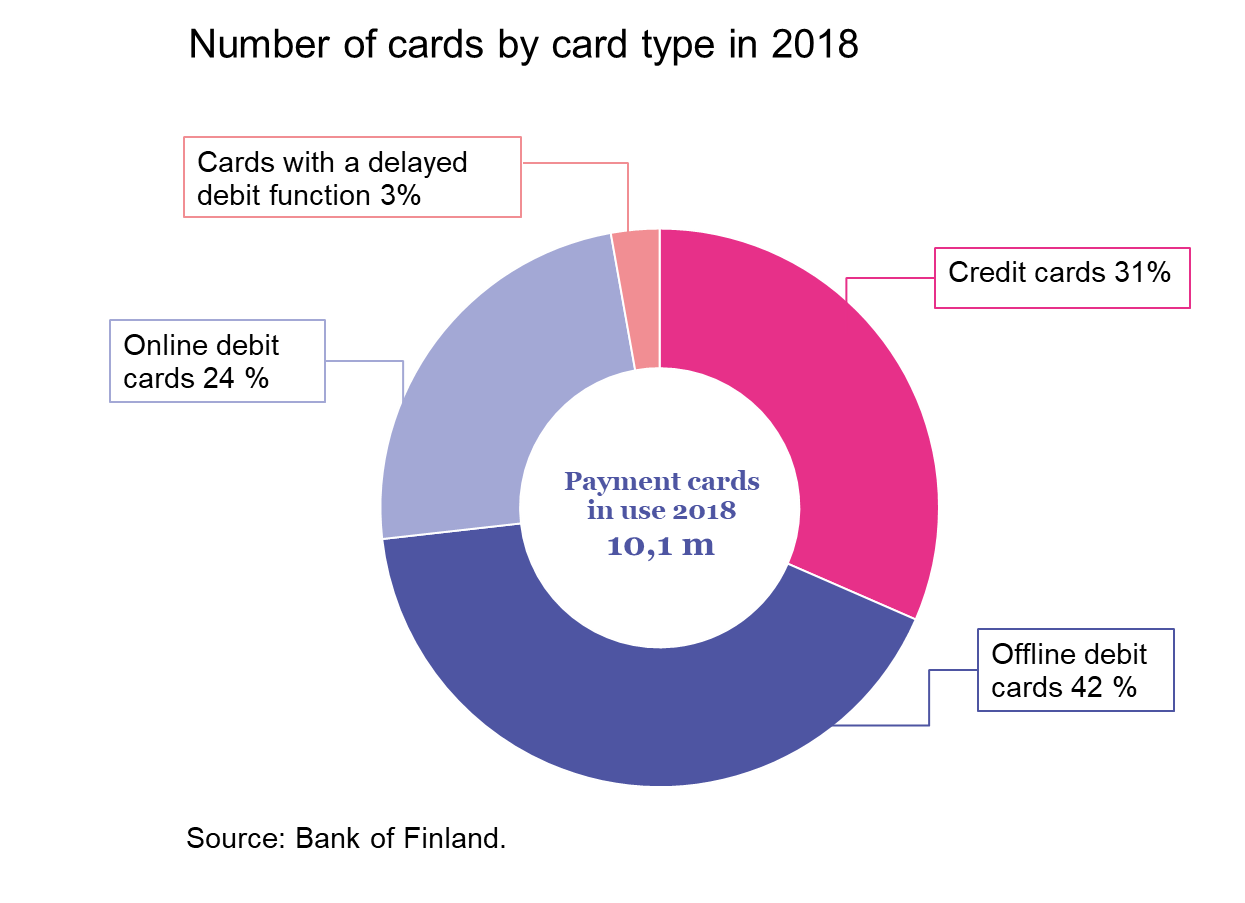 Over a third of card payments were contactless 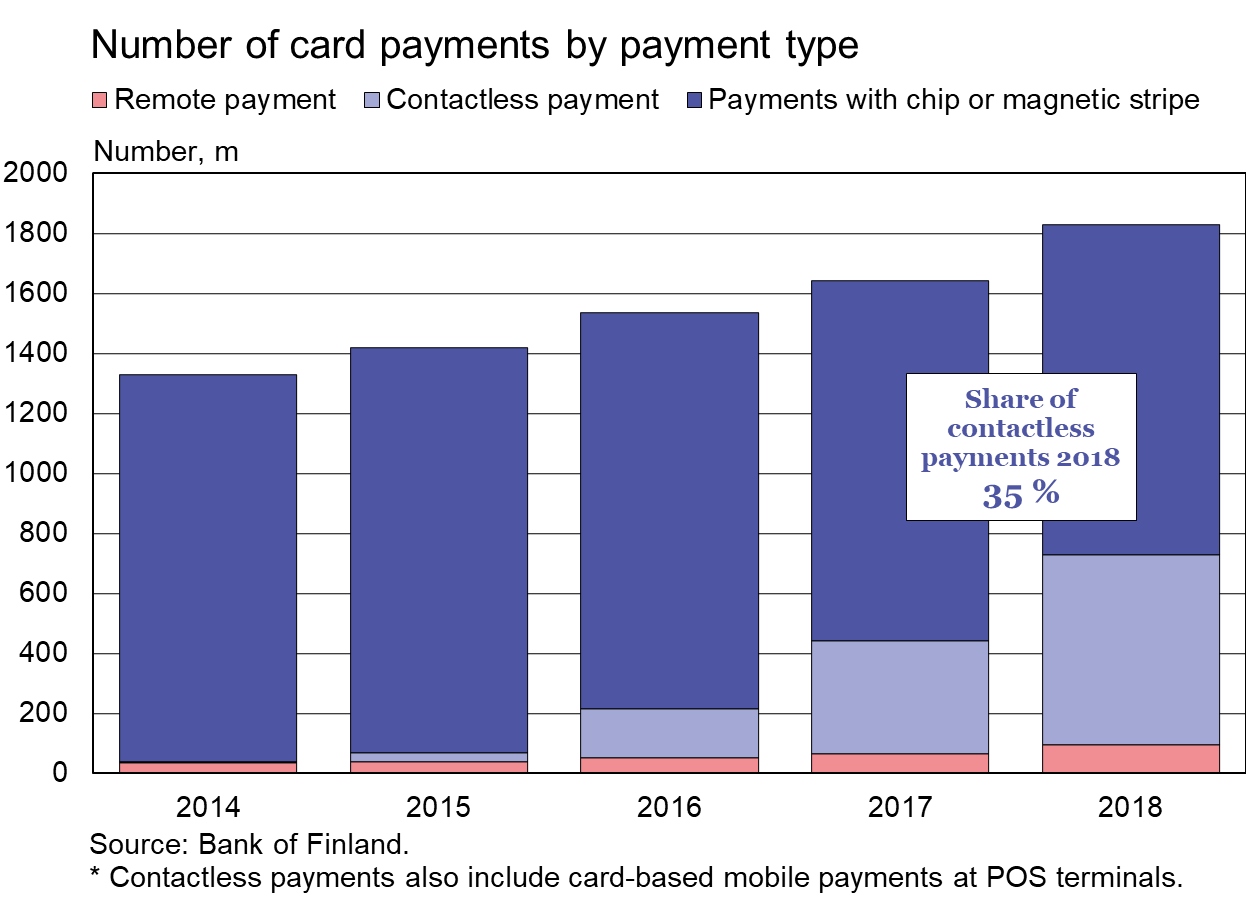 The use of cards for online payments increases rapidly

Although paying by card on the Internet is becoming more common, the majority of online purchases in value terms are still paid with the online payment button, i.e. credit transfers authenticated with online banking IDs. These payments amounted to €7.8 billion in 2018, which was almost 70% of the total value of e-commerce payments. 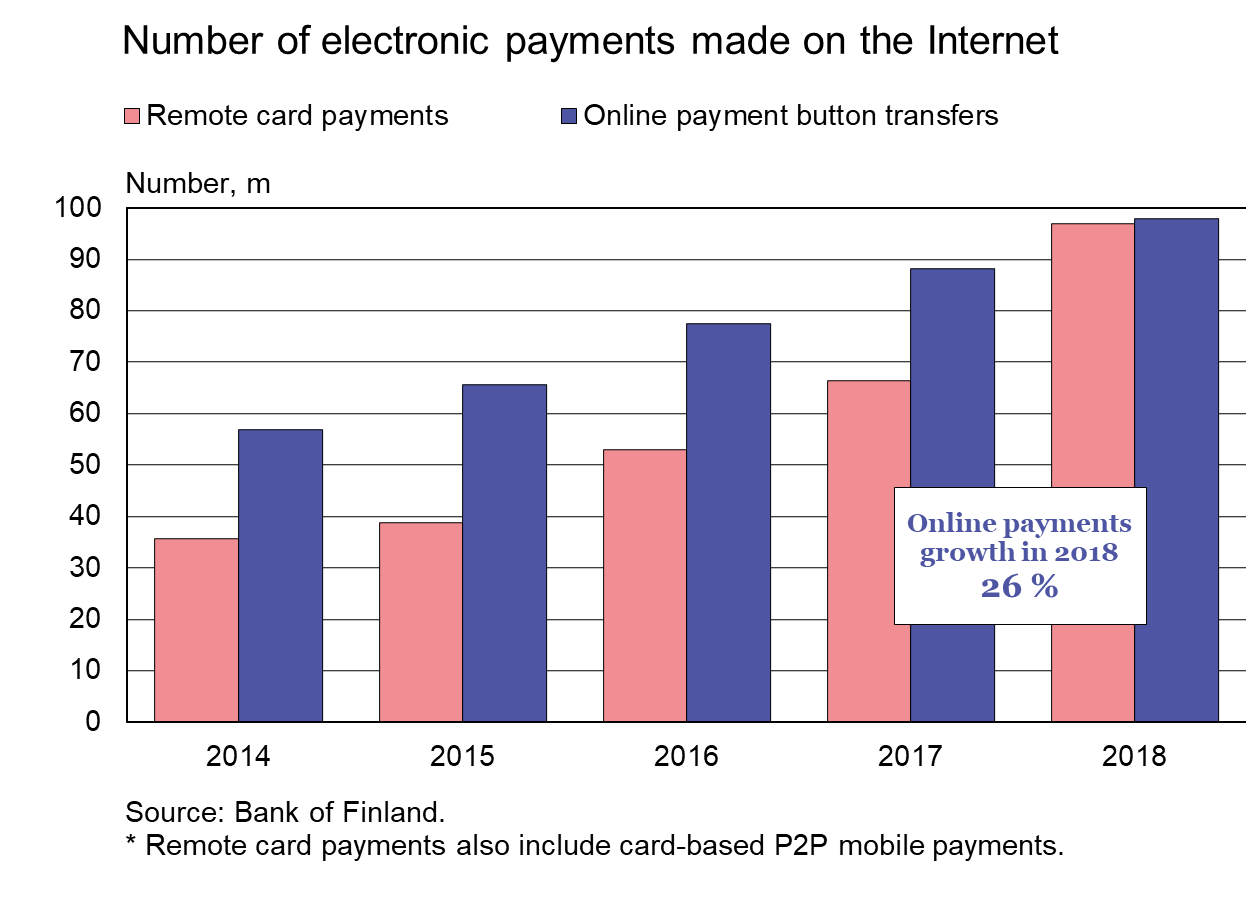 The number of authentications using online banking IDs (Tupas) also continued to increase. The Tupas service was used to authenticate customers 125 million times in 2018, and the number has more than doubled over the last five years. The revised Payment Services Directive (PSD2) will change paying online from next September onwards. The Directive requires strong customer authentication in online purchases, and it remains to be seen how this will affect the development of means of payment and identification methods in the future.

1 The remainder of the payments consist of direct debits, debits from the accounts by simple book entry (such as banks’ service charges), money remittances, cheques and e-money transactions.

2 Remote payment refers to a payment transaction initiated via the Internet or a device used for distance communication.