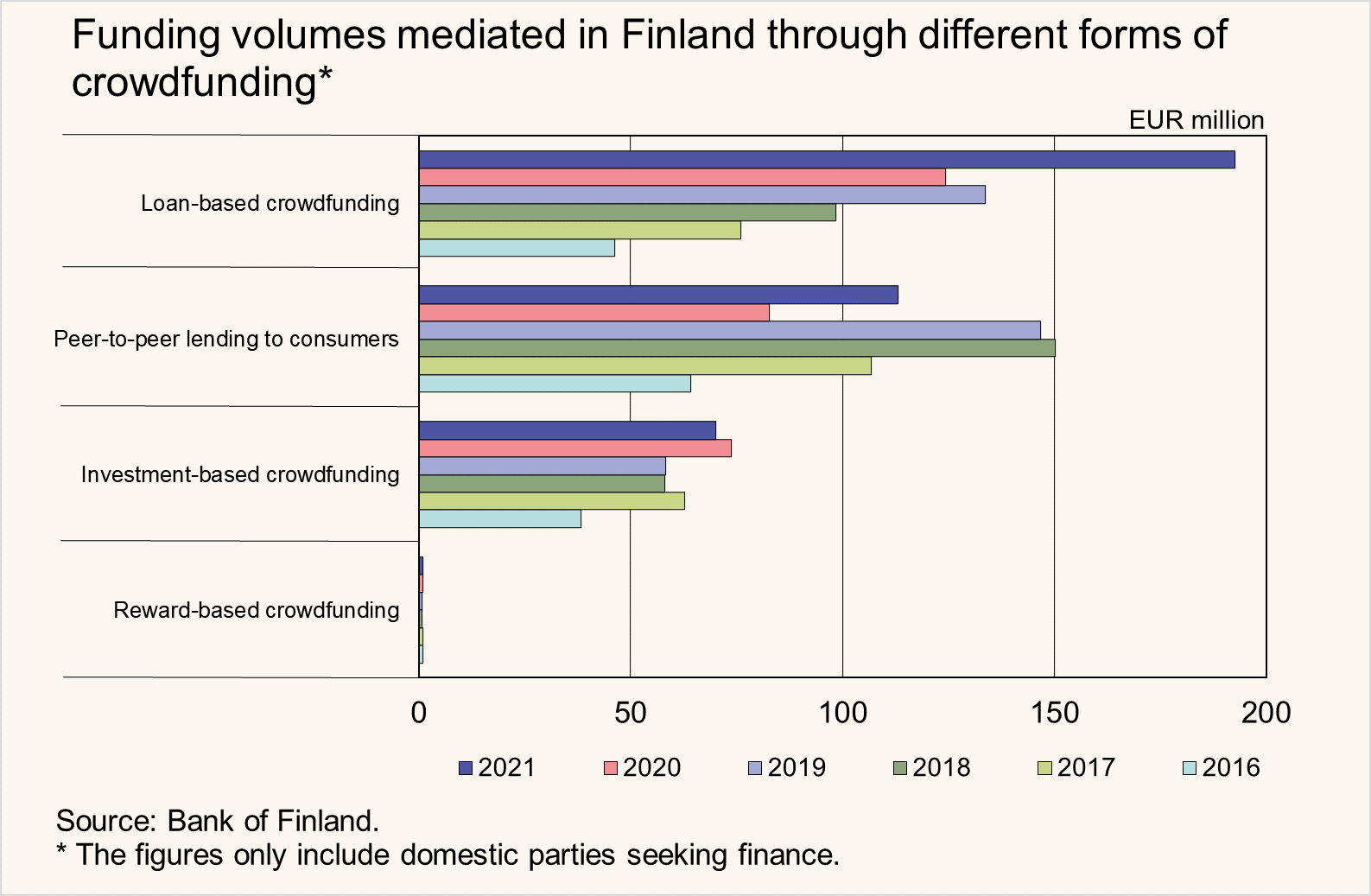 The average interest rate on loans mediated to private individuals rose somewhat from the previous year. On average, consumer paid an interest of approximately 14.9% on loans taken out in 2021. The operating conditions of the P2P loan markets have tightened in recent years for example owing to the temporary interest rate caps, and therefore the number of companies offering P2P loans in Finland has been reduced.

Funding volumes mediated in Finland through different forms of crowdfunding*

Click here to subscribe to email updates on the annual news release on crowdfunding and peer-to-peer lending.

[1] The figures also include loans mediated for factoring.