Less than half of listed shares issued by Finnish companies are held by domestic owners. The proportion of domestic shareholders has decreased somewhat in recent years, to stand at 46% at the end of September 2022. The value of domestic shareholdings totalled EUR 121.5 billion. Among domestic residents, households are the largest holder of Finnish equities, with a share of 14%. The next largest shareholdings belong to the central government (11%) and employee pension institutions (6%). The largest foreign shareholdings[1] were in the United States, Sweden and the United Kingdom. 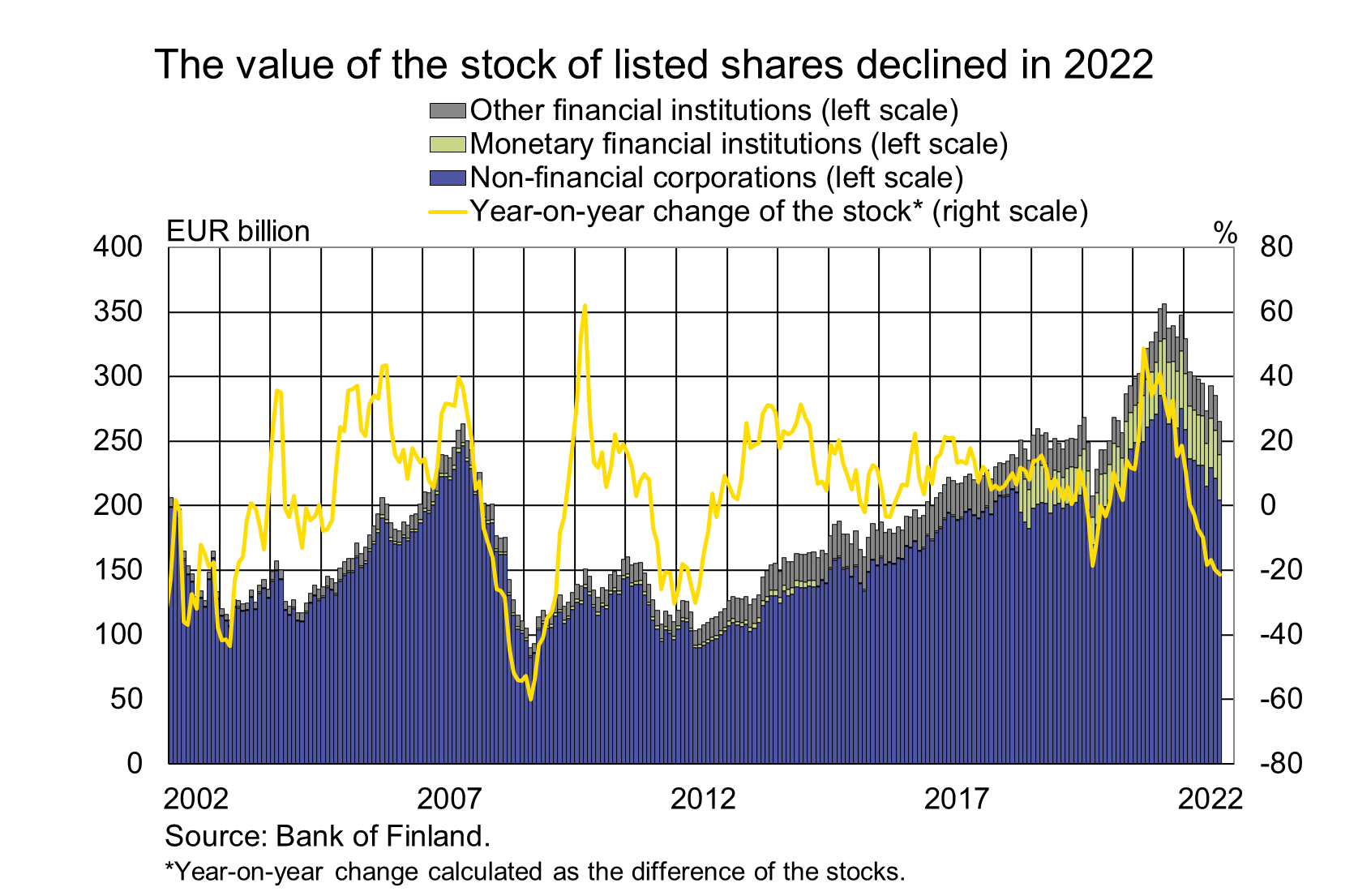 Following the rise of interest rates, the value of bonds on the secondary markets has declined

In January–September 2022, the issuance of new bonds exceeded redemptions by EUR 7.9 billion, contributing to the growth of the stock.

Related statistical data and graphs are also available on the Bank of Finland website: shttps://www.suomenpankki.fi/en/Statistics/saving-and-investing/.

The next news release on saving and investing will be published at 10 am on 9 February 2023.