The growth of the daily FX turnover in Finland is explained by growth in spot, forward and option transactions. FX swaps continued to account for most of the FX trade, even though their volume has contracted by 16% from 2019. In April 2022, FX swaps covered 57% of the daily FX turnover. Spot transactions accounted for 22%, outright forwards for 14% and OTC options for 6% of the FX turnover. Currency swaps accounted for less than 1%. FX swaps remained the largest FX trading instrument also globally and their share (51%) increased by 2 percentage points from April 2019. 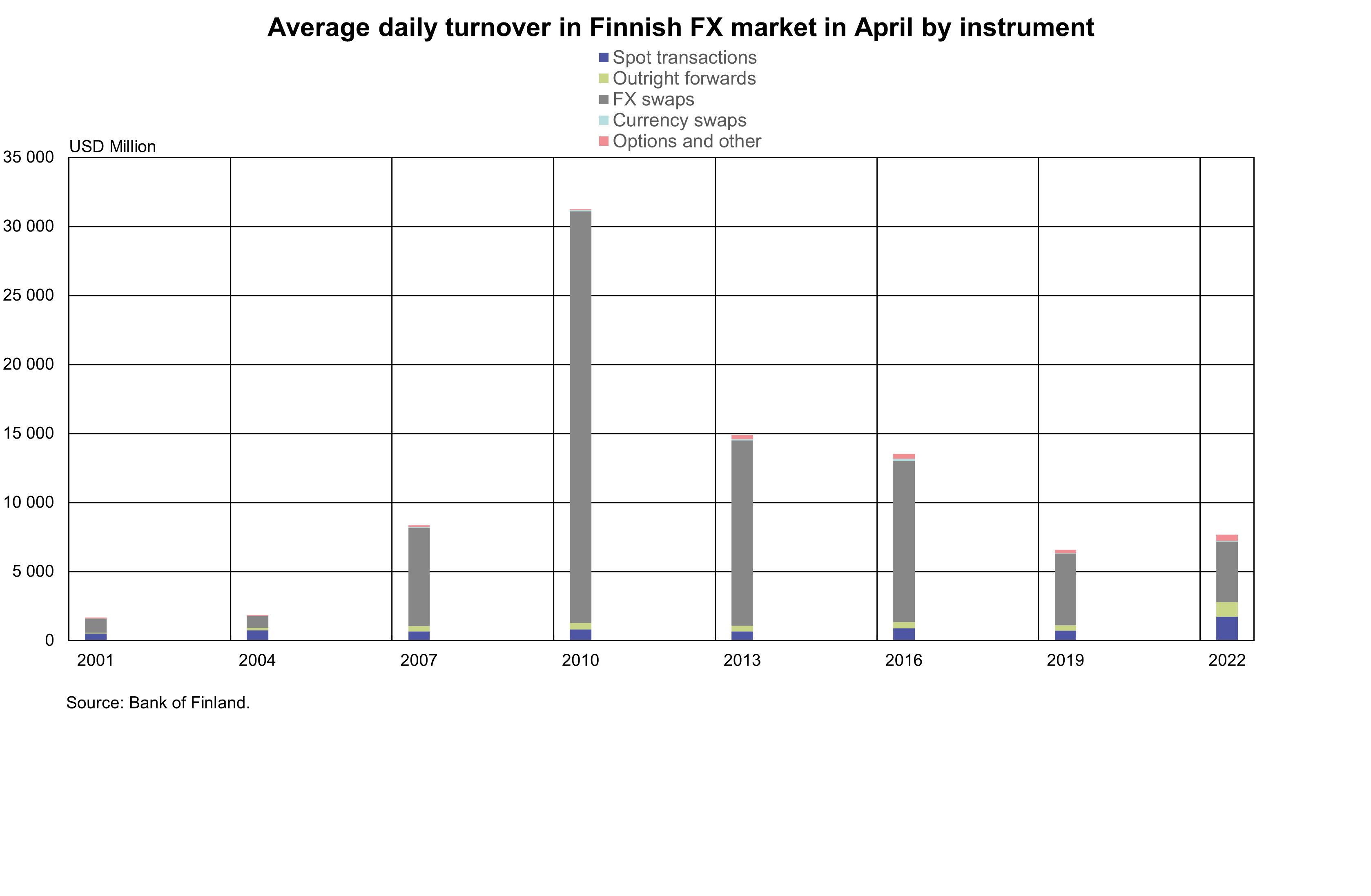 In the triennial BIS survey, data is also collected on the trading volume of OTC interest rate derivatives in USD terms in April. In April 2022, the average daily turnover in Finland was USD 8.0 billion, which is 120% more than in April 2019. Globally, the average daily turnover of OTC interest rate derivatives trended down. Trading volume decreased by 19% from April 2019, to stand at USD 5,200 in April 2022. 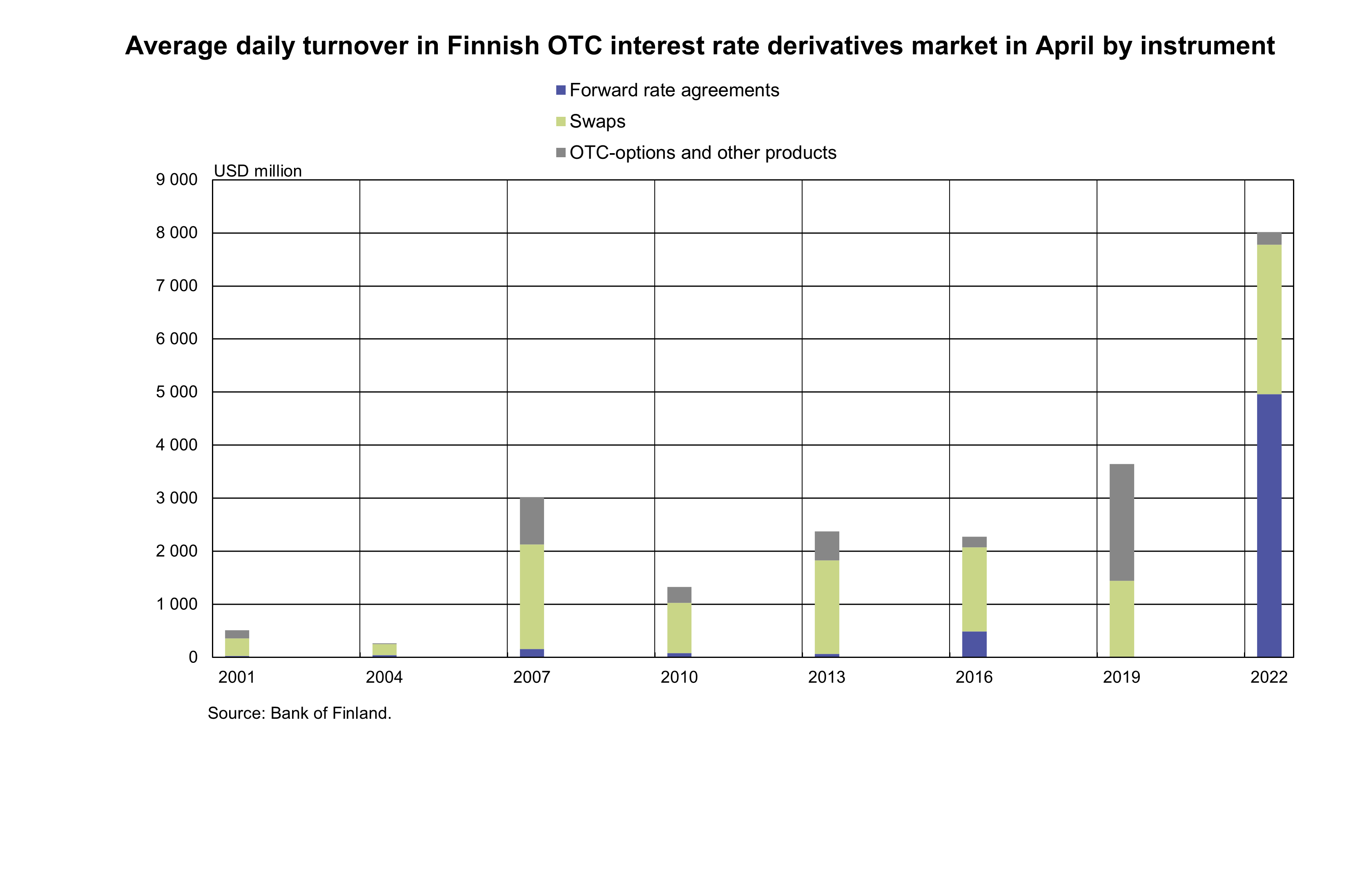 The press release by BIS and the results of the global survey can be accessed on the BIS website at https://www.bis.org/statistics/rpfx22.htm.