April 2019 saw the lowest daily turnover in the Finnish foreign exchange (FX) market since 2004.1 The average daily FX turnover for financial institutions operating in Finland declined to less than a half, from USD 13.5 billion in 2016 to USD 6.6 billion this year. A similar trend has also been observed in the other Nordic countries. Global FX trading, in turn, has increased by USD 1,500 billion (29%) from April 2016. This information comes from the triennial survey of foreign exchange and OTC derivatives markets conducted by the Bank for International Settlements (BIS) and implemented in Finland by the Bank of Finland. 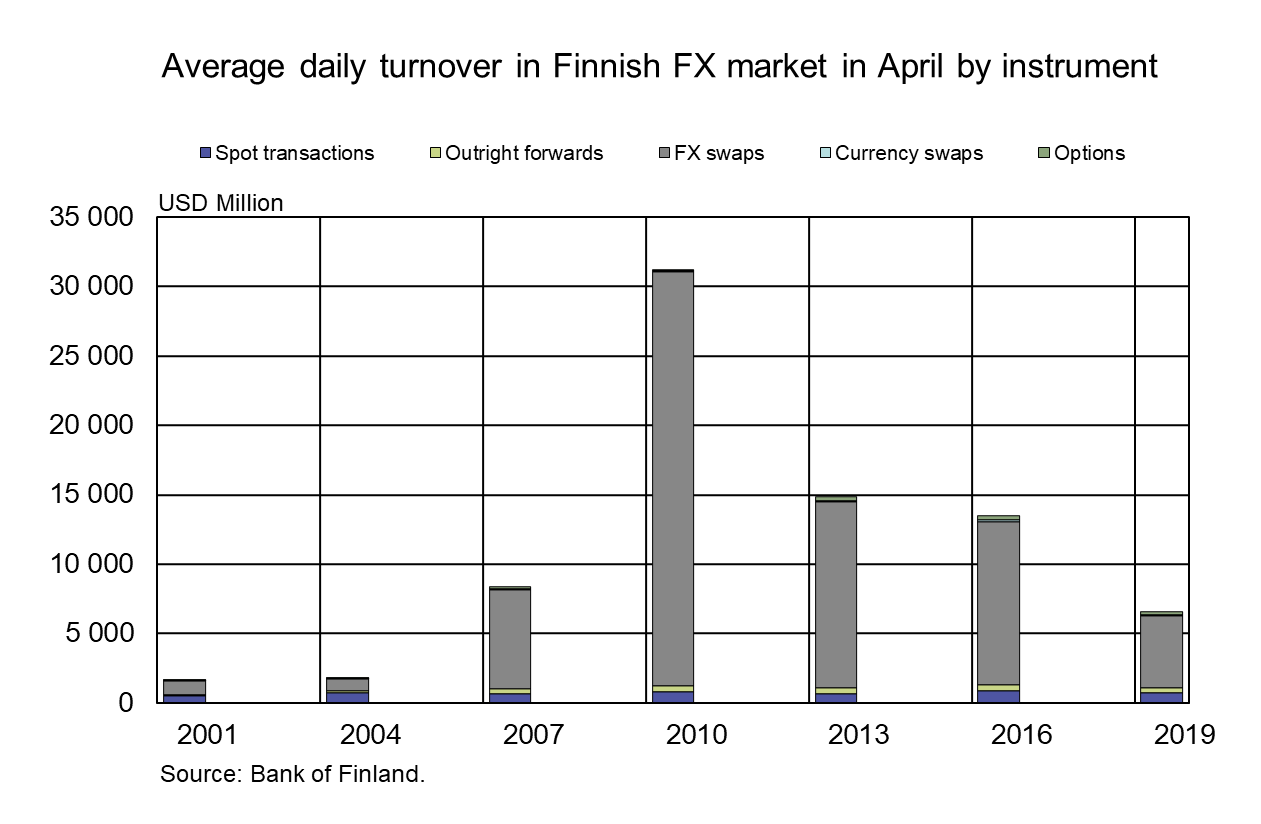 The press release by BIS and the results of the global survey can be accessed on the BIS website at https://www.bis.org/publ/rpfx19.htm.

1Due to changes in the reporting population and reporting financial institutions’ organisational changes, the figures for 2019 are not fully comparable with the data for 2016 in respect of Finland.
2Including also instruments other than outright forwards and swaps.