Net investments in investment funds registered in Finland have been positive in nearly every month of the current year. The value of the aggregate fund capital increased by roughly EUR 10 billion between January and September. Of this rise, a little over EUR 6 billion was accounted for by new investments, while just under EUR 4 billion reflected changes in prices and exchange rates. 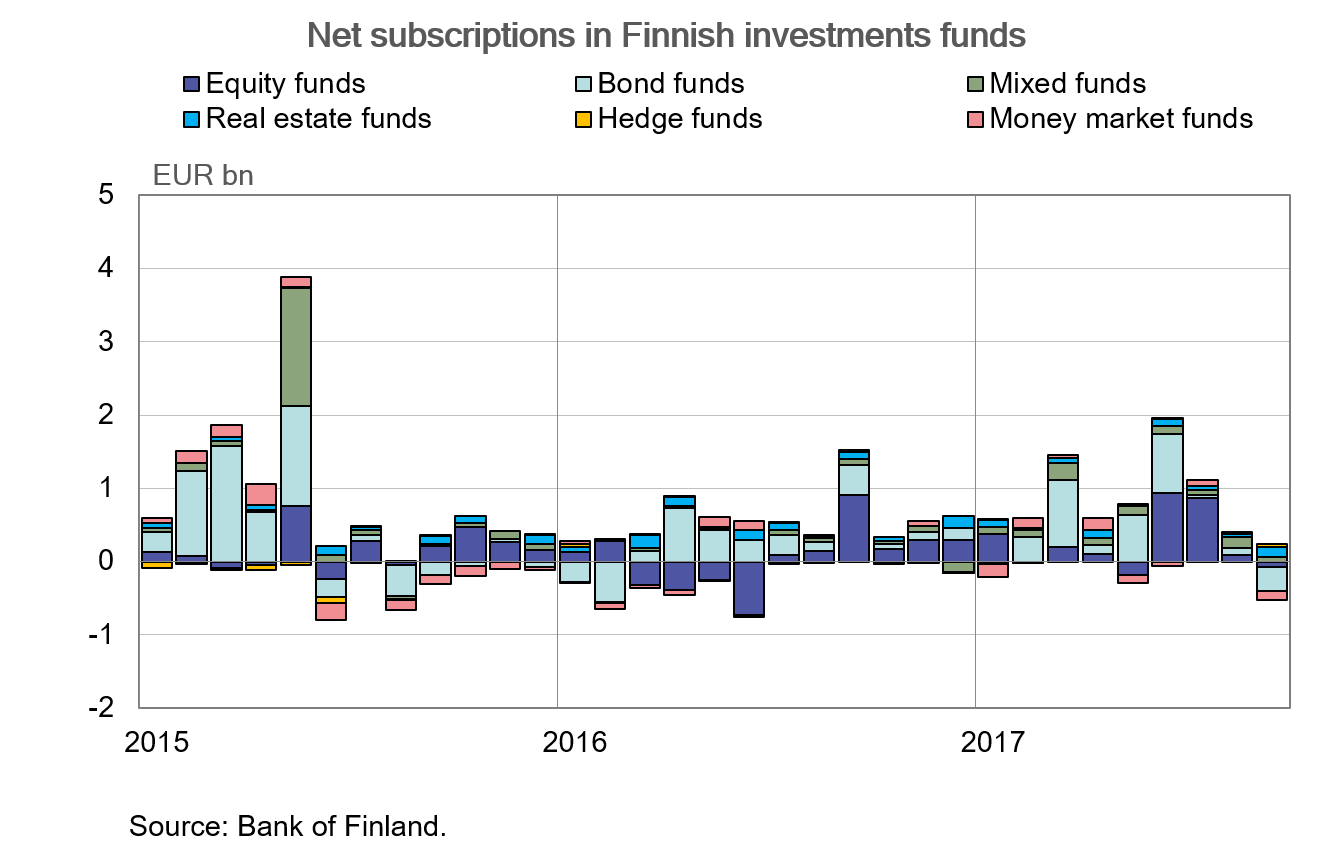 In contrast to the first half-year, withdrawals from funds exceeded new investments by EUR 0.4 billion in September. In July and August, net fund investments were still clearly positive, at a total of EUR 1.7 billion.

Among the other fund types, mixed funds and property funds attracted the most of new investment in the third quarter, with EUR 0.3 billion on net and EUR 0.2 billion on net, respectively.

The next investment fund news release will be published at 1 pm on 1 February 2018.