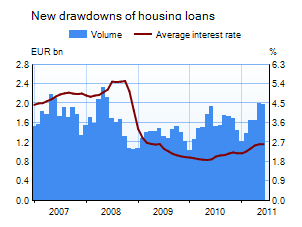 The next news release on money and banking statistics will be published on 31 August 2011, at 1 pm.