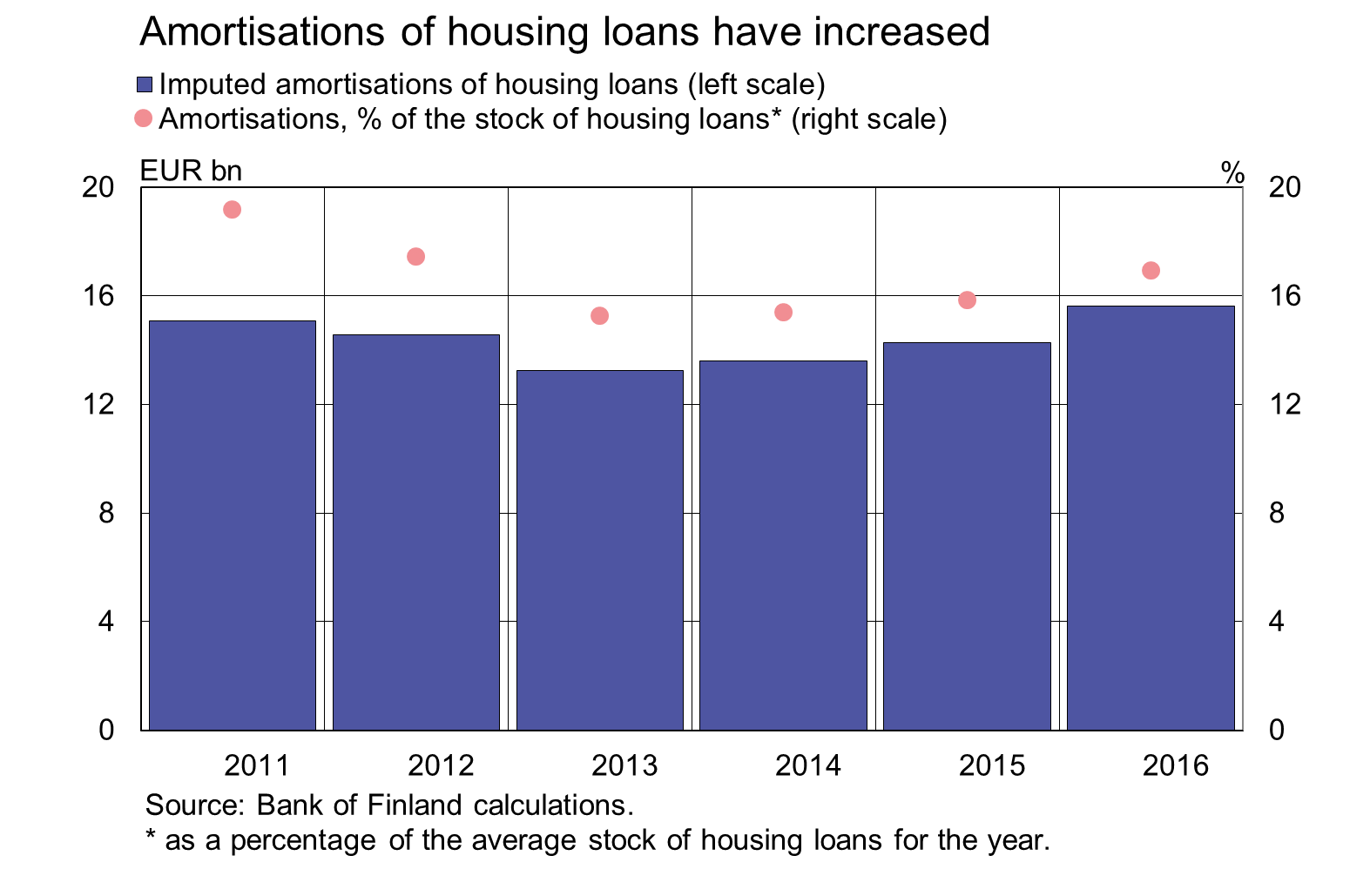 Households' new drawdowns of housing loans amounted to EUR 1.3 bn in February 2017, which is almost the same amount as a year earlier in February. The average interest rate on new housing-loan drawdowns was 1.14% and the imputed margin 1.11%. At end-February, the stock of euro-denominated housing loans was EUR 94,1 bn. At end-February, household credit comprised EUR 14.6 bn in consumer credit and EUR 16.4 bn in other loans.