Growth in the stock of student loans has picked up markedly since 2013. The annual growth rate of the stock was well over 20% in January 2018 and has remained almost unchanged throughout the year. The upward trend in student loan drawdowns reflects low interest rates and the reform of the student financial aid scheme. In September 2018, the interest rate on new student loan drawdown was exceptionally low (0.48%). The student financial aid scheme has also been adjusted with incentives for students to take out a loan and graduate faster. Namely, the maximum amount of government guarantee for student loan was raised in 2014 and 2017, and a student loan compensation system encouraging faster graduation was introduced in 2014. 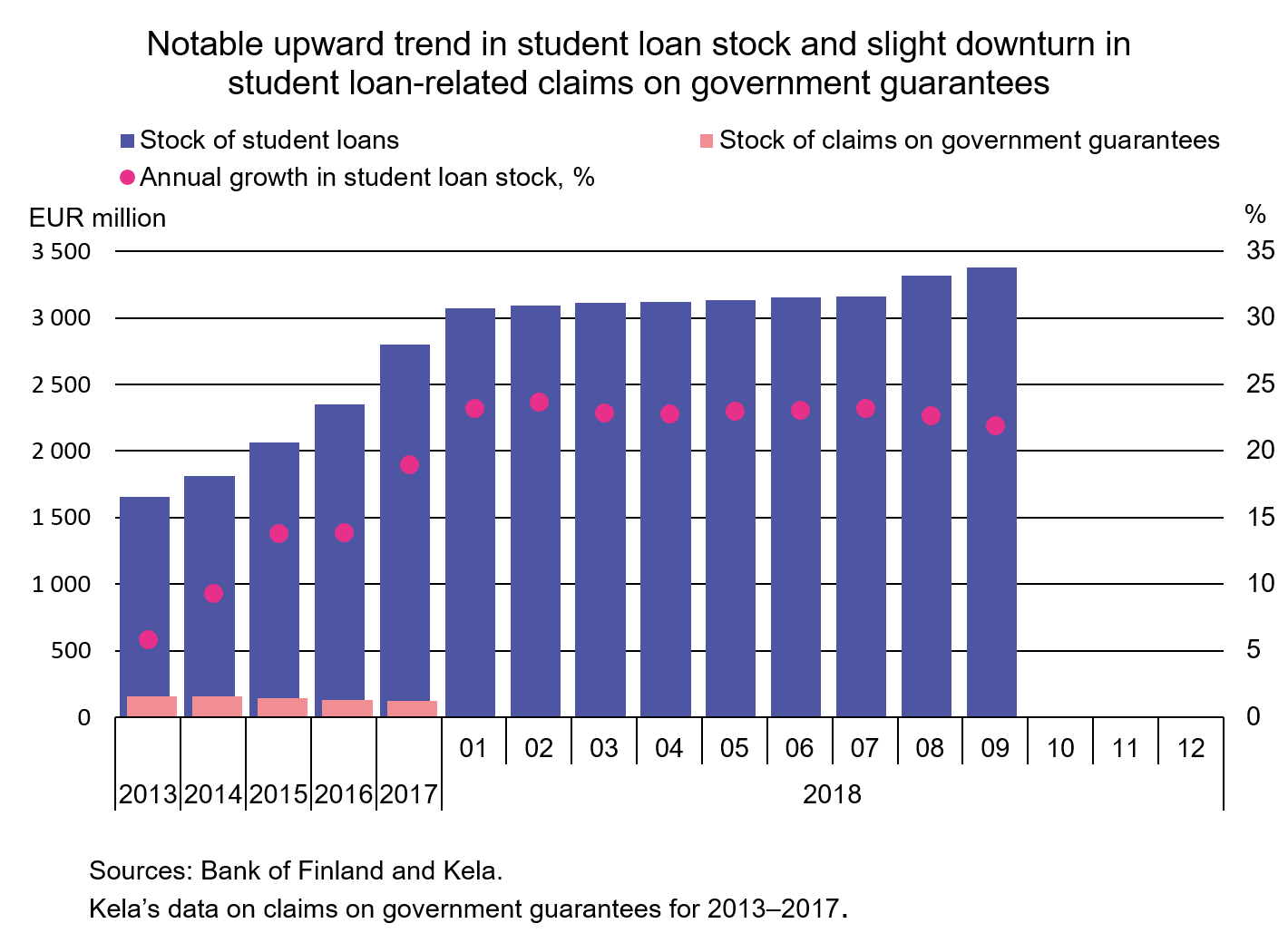 Households’ new drawdowns of housing loans amounted to EUR 1.5 bn in September 2018. The average interest rate on new housing-loan drawdowns was 0.88% and the imputed margin was 0.85%. At the end of September 2018, the stock of euro-denominated housing loans amounted to EUR 97.4 bn and the annual growth rate of the stock was 1.8%. Household credit at end-September comprised EUR 15.8 bn in consumer credit and EUR 17.3 bn in other loans.