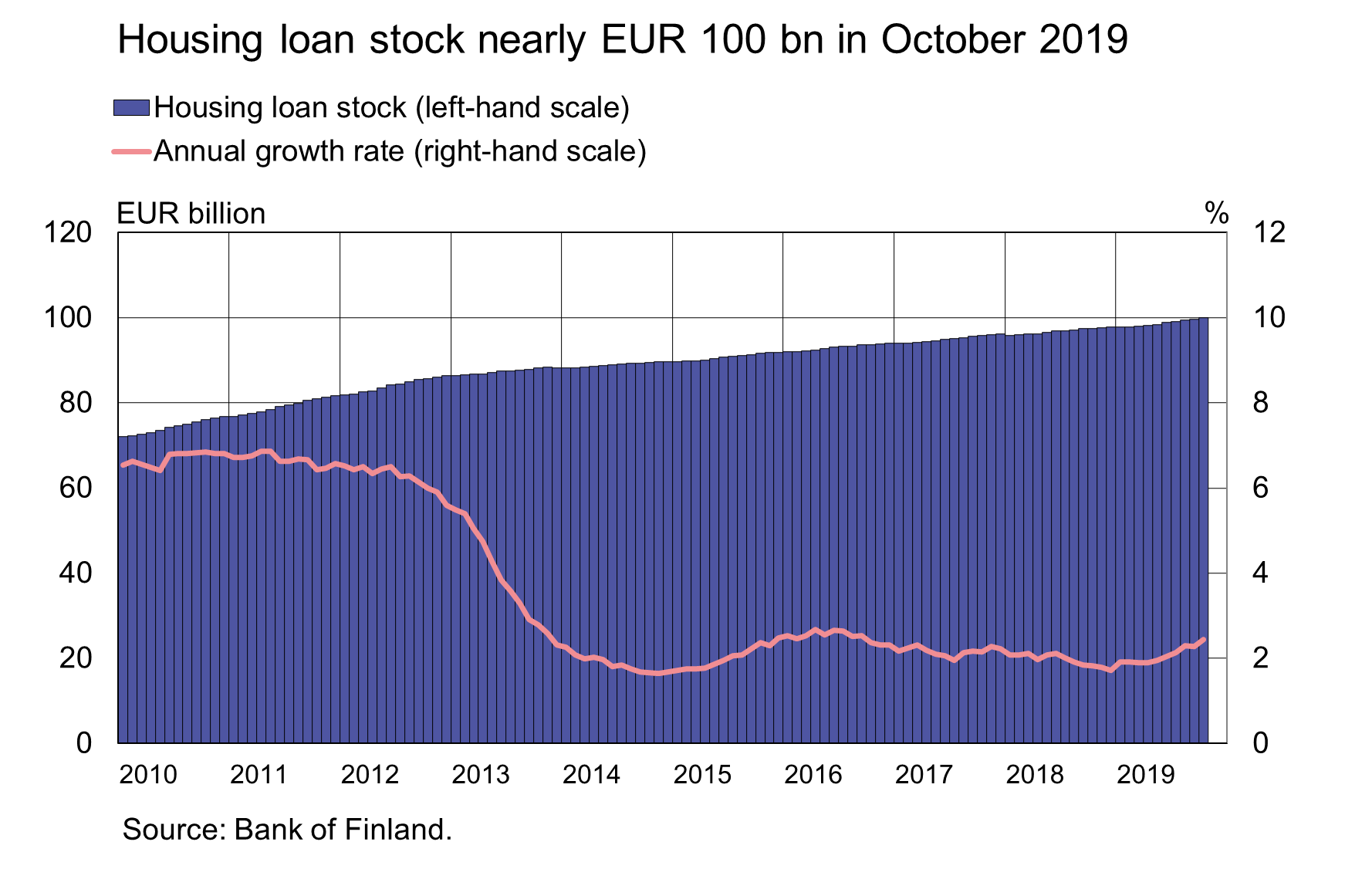 At the end of October, household credit comprised EUR 16.5 bn in consumer credit and EUR 17.6 bn in other loans. New drawdowns of loans to non-financial corporations (excl. overdrafts and credit card credit) amounted to EUR 2.2 bn in October. The average interest rate on new corporate-loan drawdowns declined from September, to 2.21%. At the end of October, the stock of euro-denominated loans to non-financial corporations was EUR 90.6 bn, of which loans to housing corporations accounted for EUR 34.6 bn.