New drawdowns of unsecured consumer credit3 in September 2019 amounted to EUR 274 million, an increase of EUR 40 million on the corresponding period a year earlier. In January–September 2019, the drawdowns increased by 6% on the same period in 2018. Due to the higher volume of drawdowns, the pace of growth of the stock of unsecured consumer credit (EUR 5.8 bn) has accelerated. 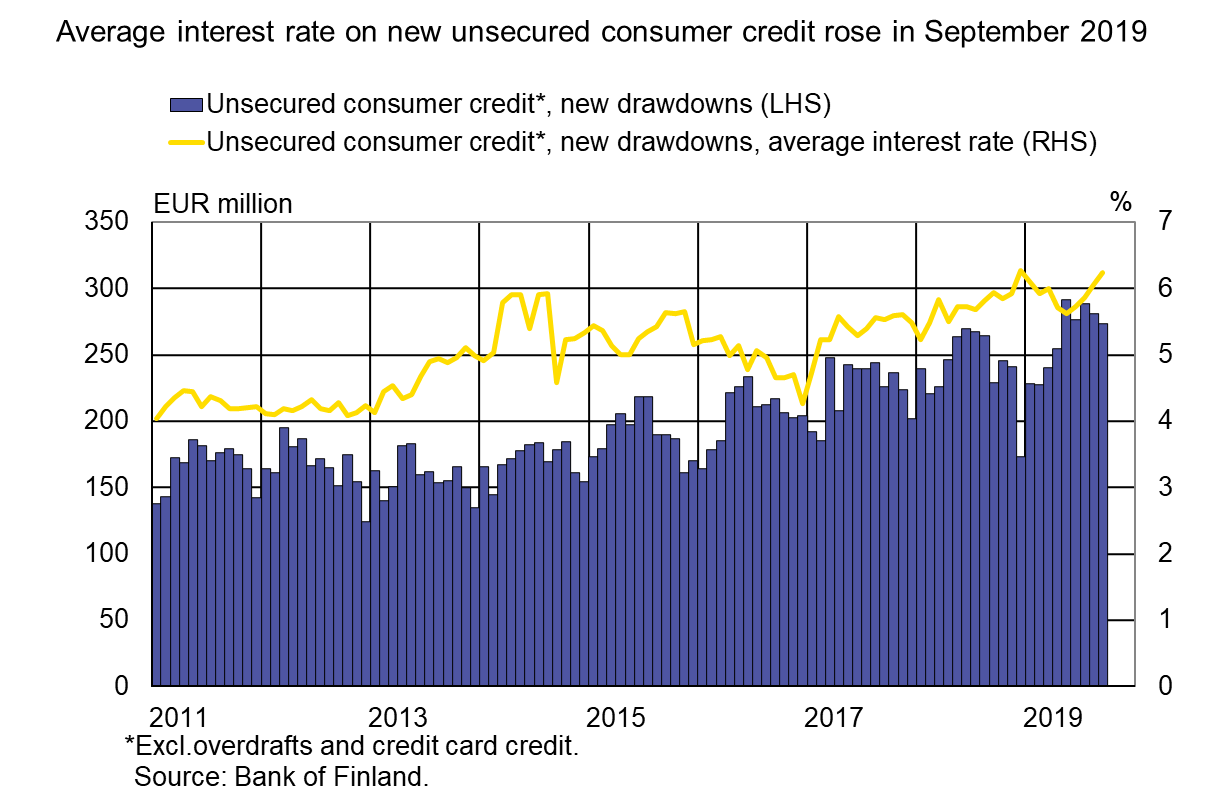 Households’ new drawdowns of housing loans in September 2019 amounted to EUR 1.7 bn, up by EUR 200 million on the corresponding period a year earlier. At the end of September 2019, the stock of euro-denominated housing loans totalled EUR 99.6 bn and the annual growth rate of the stock was 2.3%. Household credit at end-September comprised EUR 16.4 bn in consumer credit and EUR 17.6 bn in other loans. New drawdowns of loans to non-financial corporations (excl. overdrafts and credit card credit) amounted in September to EUR 1.6 bn. The average interest rate on new corporate-loan drawdowns declined from August, to 2.36%. At the end of September, the stock of euro-denominated loans to non-financial corporations was EUR 89.6 bn, of which loans to housing corporations accounted for EUR 34.2 bn.

The next news release will be published at 1 pm on 2 December 2019.