In January 20191, drawdowns of student loans amounted to EUR 285 million, which is EUR 15 million more than in the corresponding period a year earlier and also more than ever before. The average interest rate on student loans drawn down in January 2019 was 0.48%. Of the new loans, 82% were linked to Euribor rates and 18% to prime rates. The average interest rate on Euribor-linked loans was 0.39%, while that on prime rate-linked loans was 0.91%. Student loans are linked to banks’ own reference rates considerably more often than other household loans.

Growth in the student loan stock does not stem solely from higher loan amounts granted as a result of the student financial aid reform. The number of persons taking out a student loan has also increased, which has been reflected in recent years as a notable increase in the total number of persons with outstanding student loan debt. According to the statistics of the Social Insurance Institution of Finland (Kela), there were already over 400,000 persons with outstanding student loan debt in the academic year 2017–2018, as opposed to 354,735 two years earlier. 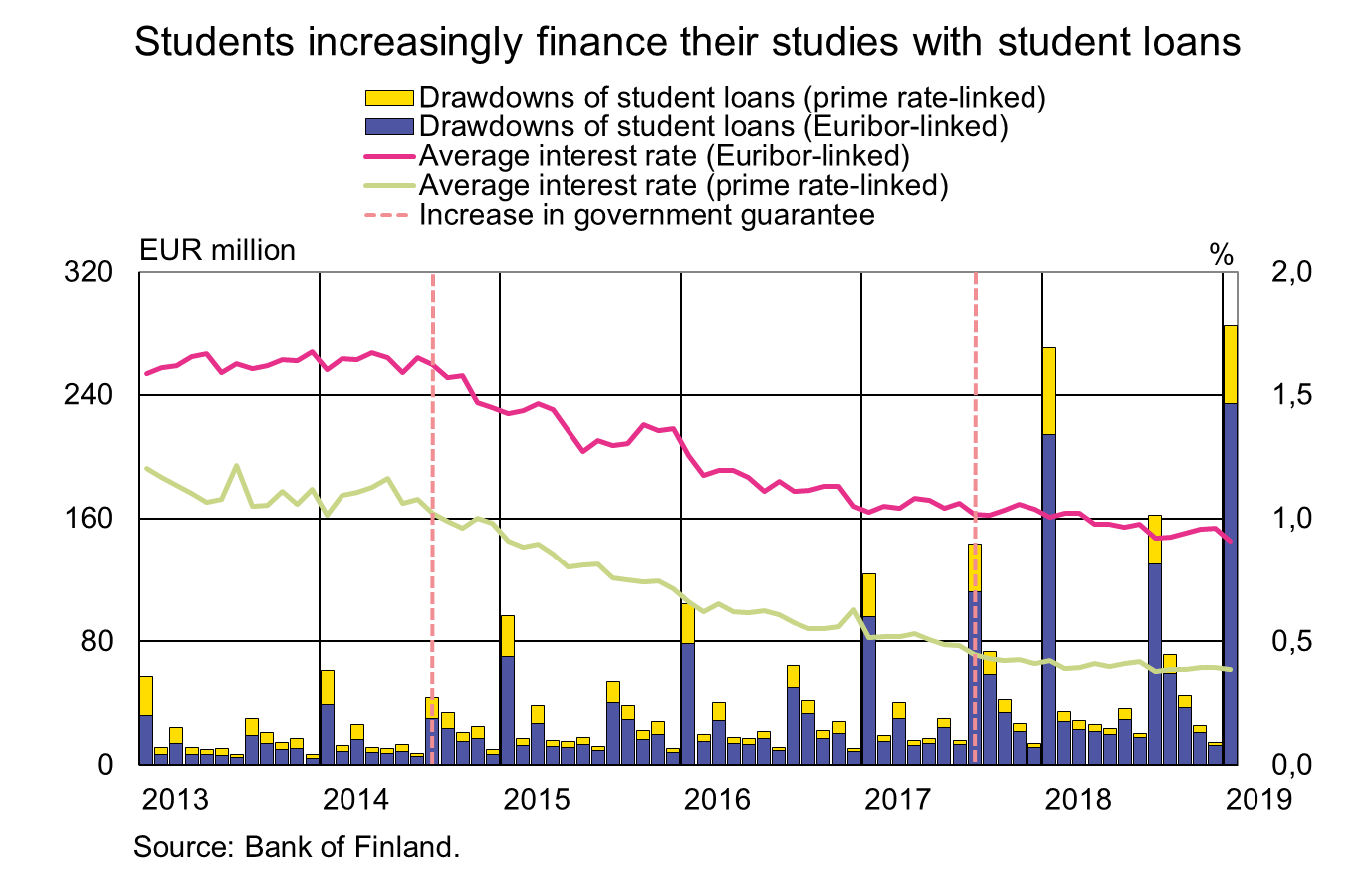 Households’ new drawdowns of housing loans in January 2019 amounted to EUR 1.3 bn, roughly the same as in the corresponding period a year earlier. The average interest rate on new housing-loan drawdowns declined from December, to 0.83%. At the end of January 2019, the stock of euro-denominated housing loans totalled EUR 97.9 bn and the annual growth rate of the stock was 2.0%. Household credit at end-January comprised EUR 15.8 bn in consumer credit and EUR 17.2 bn in other loans.

1Students could withdraw the spring term portion of the loan in January.