As in the previous year, the summer months of 2021 saw a higher than normal level of student loan drawdowns. The months of June and July saw drawdowns totalling EUR 84 million, which was almost as much as in the same period of 2020, but 64% more than in June–July 2019. 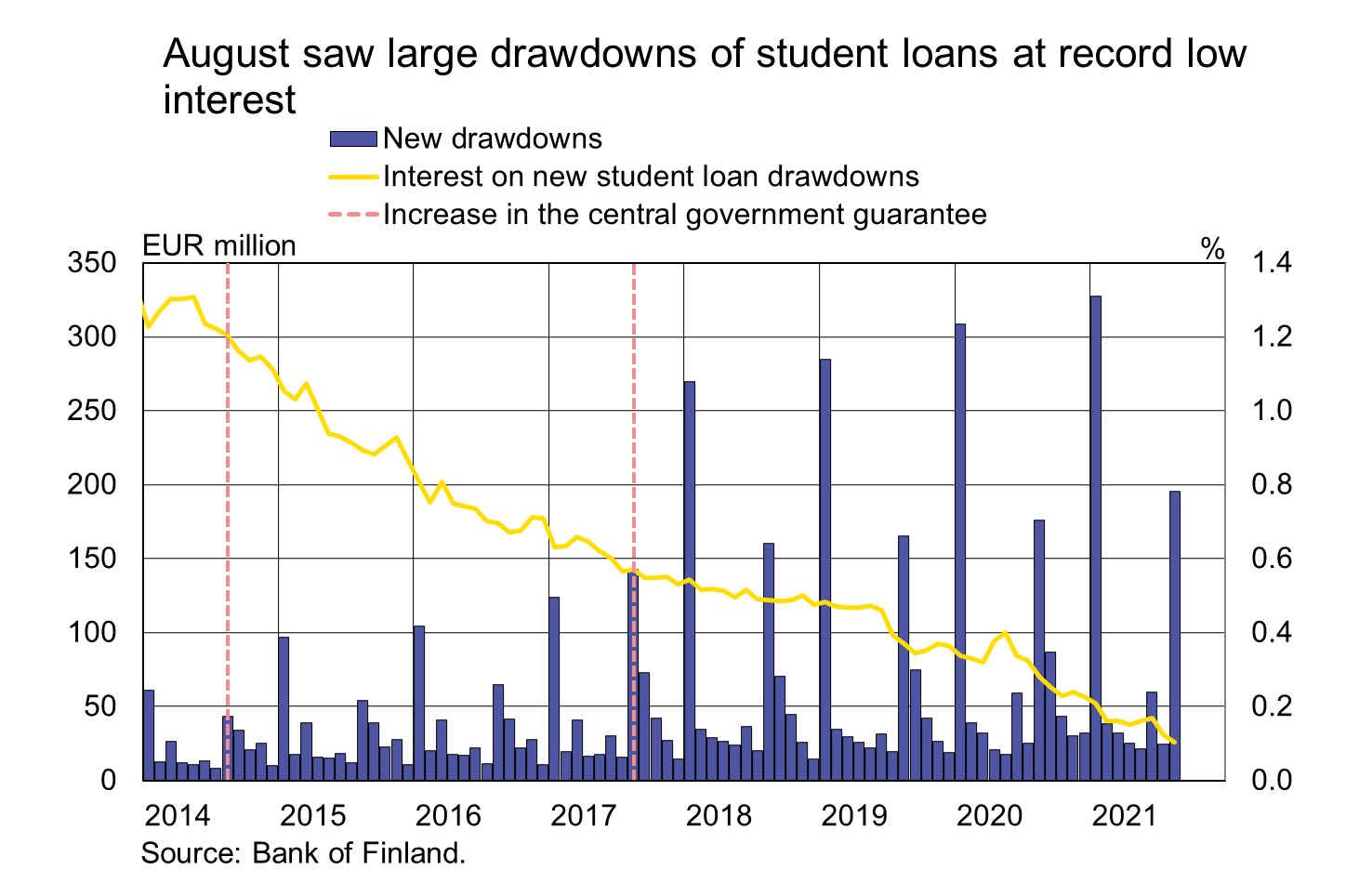 Finnish households drew down new housing loans in the amount of EUR 1.8 billion in August, or EUR 118 million more than a year earlier. Of the new housing loans, 10.0% went to purchase for investment purposes. At the end of August, the stock of housing loans stood at EUR 105,5 billion, representing annual growth of 4.3%. Of the total stock of housing loans, 8.0% was borrowed for investment purchases. Of the stock of all loans taken out by Finnish households, at the end of August consumption loans totalled EUR 16.6 and other loans, EUR 18 billion.

The next news release on money and banking statistics will be published at 10:00 on 1 November 2021.

Related statistical data and graphs are also available on the Bank of Finland website at https://www.suomenpankki.fi/en/Statistics/mfi-balance-sheet/.