A total of over three billion payments were made from Finnish bank accounts in 2019. Of this, approximately 65% was accounted for by card payments and approximately 35% by credit transfers; only 0.04% was accounted for by other payments[1]. In value terms, however, most of the money moved in credit transfers: in 2019, credit transfers amounted to EUR 2,748 billion, while EUR 54 billion was paid using cards. In 2019, the number of card payments grew by more than 6% from the previous year, and the use of the contactless payment function of cards, in particular, showed a significant increase following the raising of the upper limit of contactless payments to EUR 50[2] in April 2019. The number of credit transfers made from Finnish accounts increased, in turn, by nearly 9% from 2018. As electronic payments continued to become more common, the use of cash declined further, which was reflected in, e.g. a decrease in the total value of cash withdrawals. During 2019, Finns withdrew cash to an estimated value of EUR 13.2 billion, which is 9% less than in the previous year. 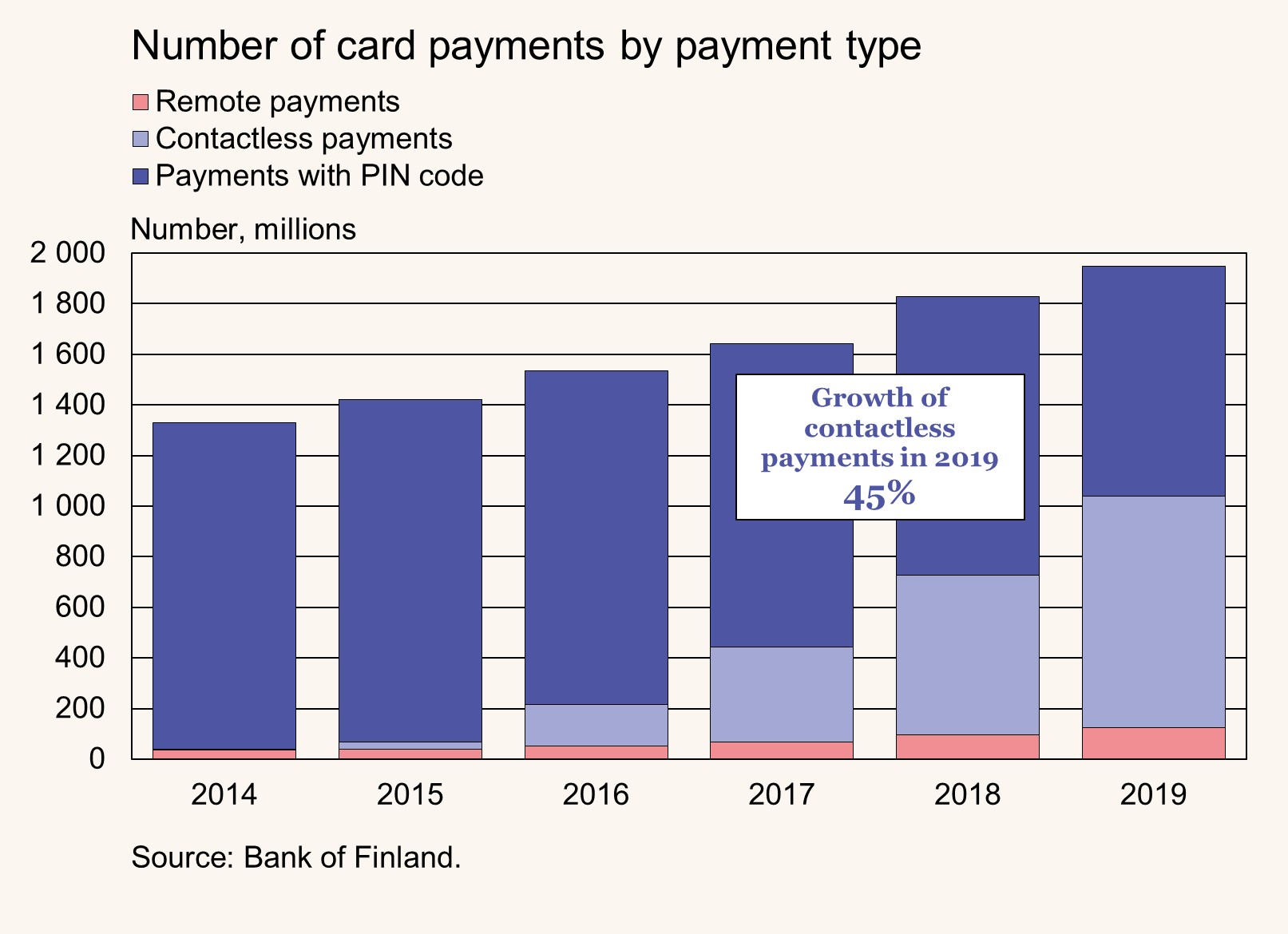 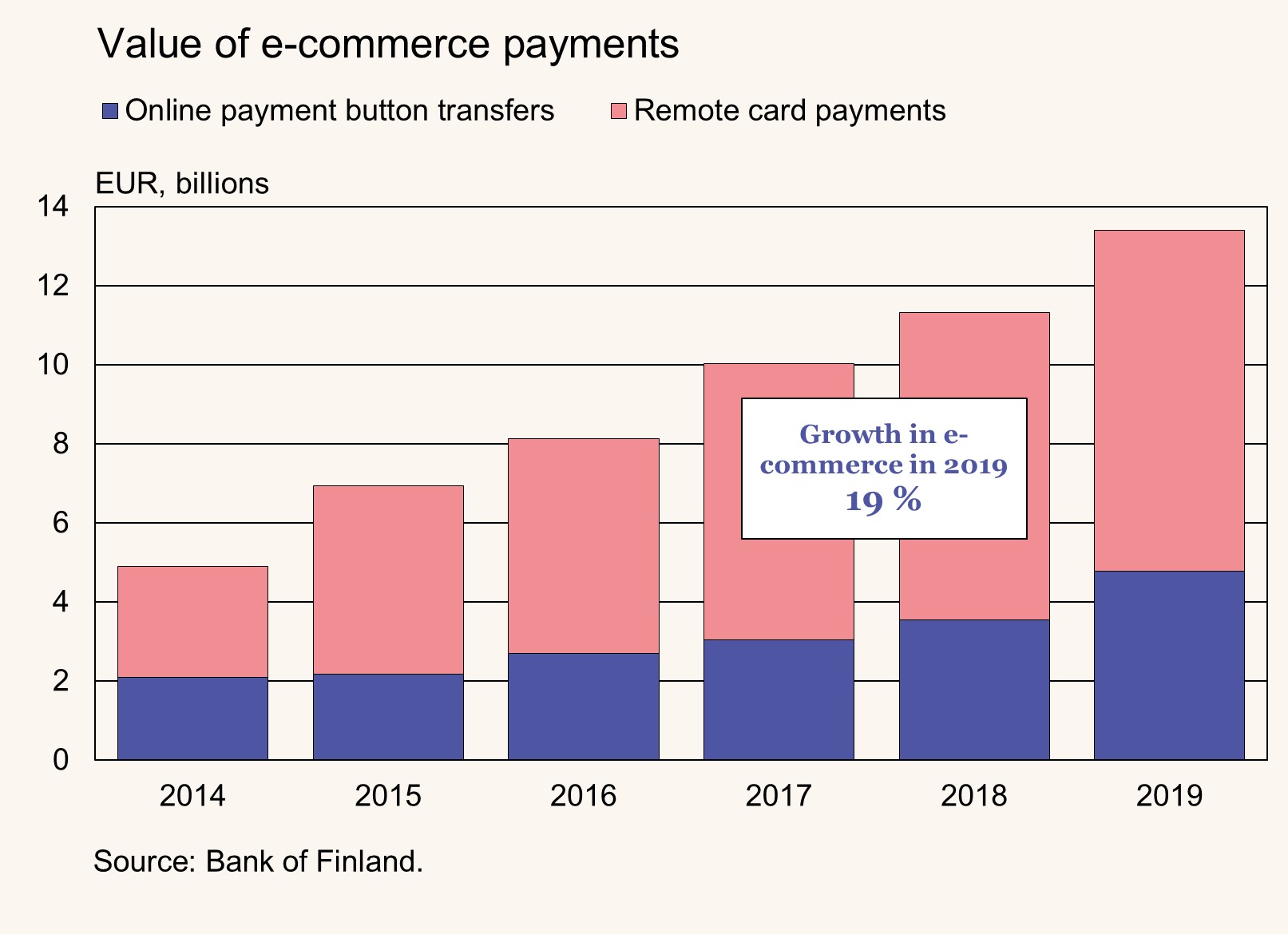 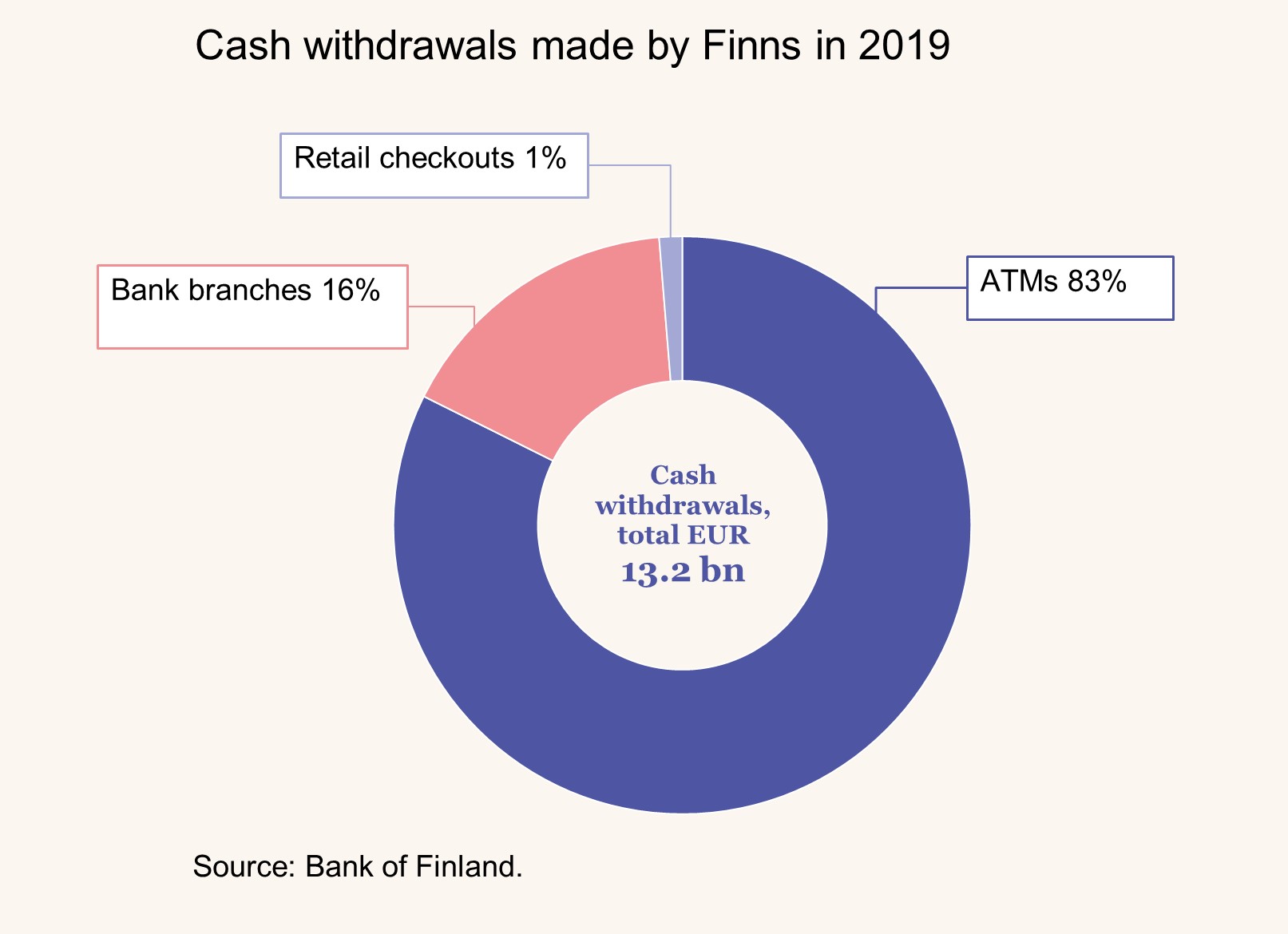 As electronic payment methods and online purchases have become more common, cash withdrawals and, at the same time, use of cash have declined steadily in recent years. Next year’s payment statistics will show whether the coronavirus pandemic has contributed to strengthening this phenomenon. Cash is still used rather often, however, and for some consumers it is the only possible payment option, so the disappearance of cash is not yet in sight.

[2] EUR 50 is the maximum amount currently approved by the European Banking Authority for a single contactless payment made using a card.

[3] Statistics on e-commerce payments include payments initiated with cards and online payment buttons. The figures do not include e-commerce related purchases paid with, for example, invoices, instalments or credit agreements.

[6] Based on Bank of Finland calculations.