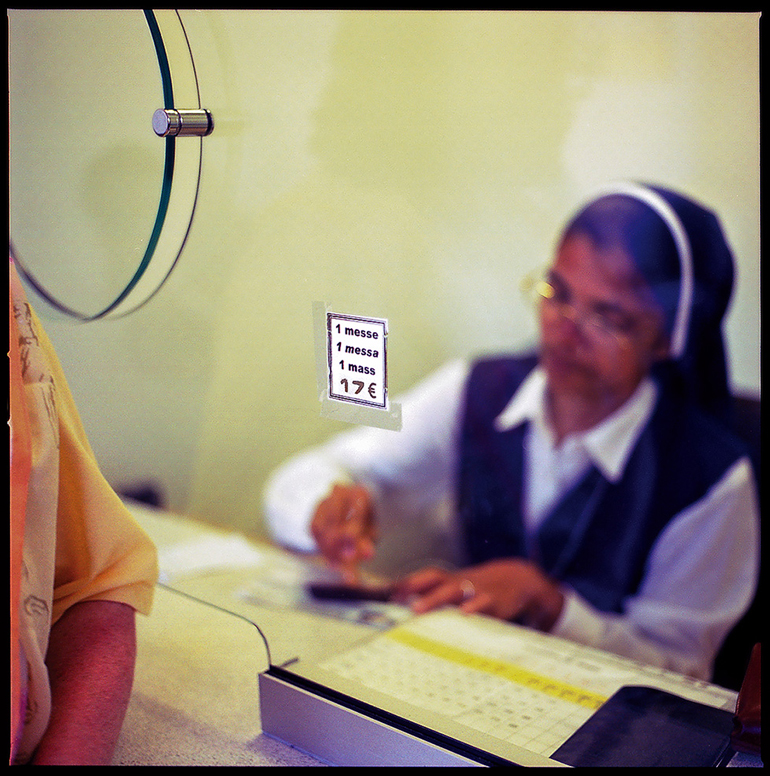 Lourdes 2004 (France)
These booths allow you to buy prayers to be read during Mass. The idea is simple: you fill in five or six lines that you wish to be read on your behest or on behalf of a loved one who could not make it to Lourdes. 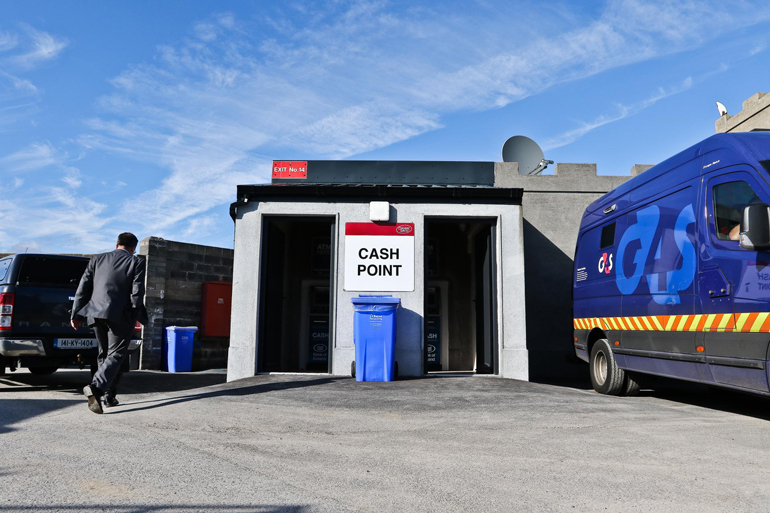 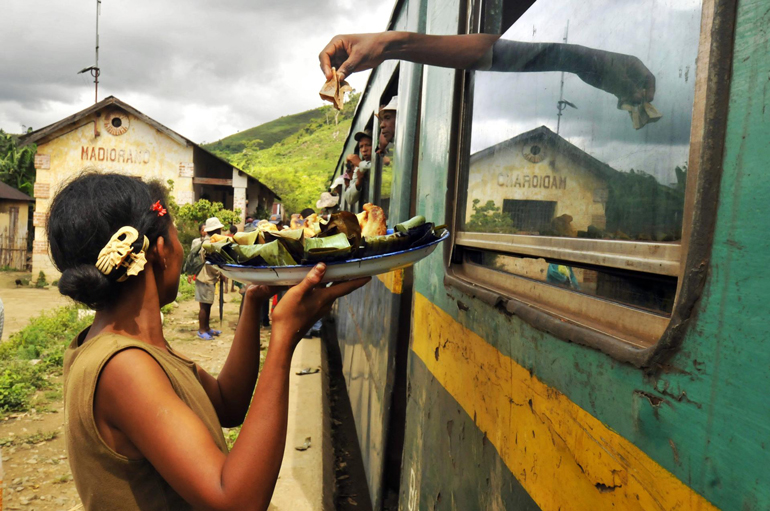 A stop at Madiorano
A stop at Madiorano, a breath-taking train journey, South East Madagascar
At each of the 17 stations and villages dotted along the train line, one has the opportunity to stock up on colourful fruits, fried pastries and pancakes, all sold by the local women and children for a few ariary [local currency]. 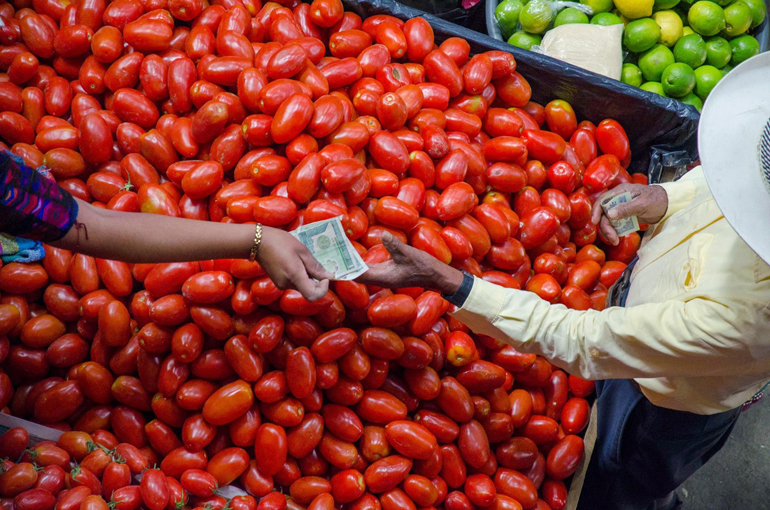 Money
Tomatoes are up for sale at Chichicastenango market, Guatemala. Far off the beaten tourist track, the market is where locals do their food shopping. Hours could be spent simply admiring their colourful costumes. 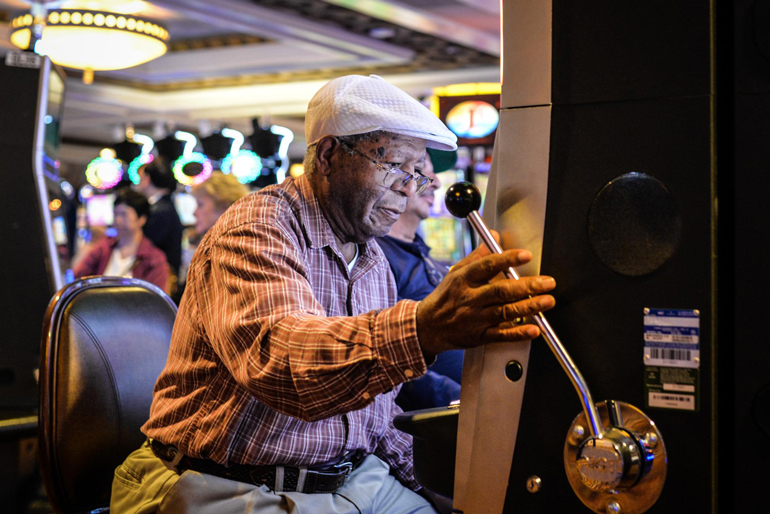 The Gambler
This gentleman was so engrossed in his slot machine at Caesar’s Palace that he paid my presence no attention. 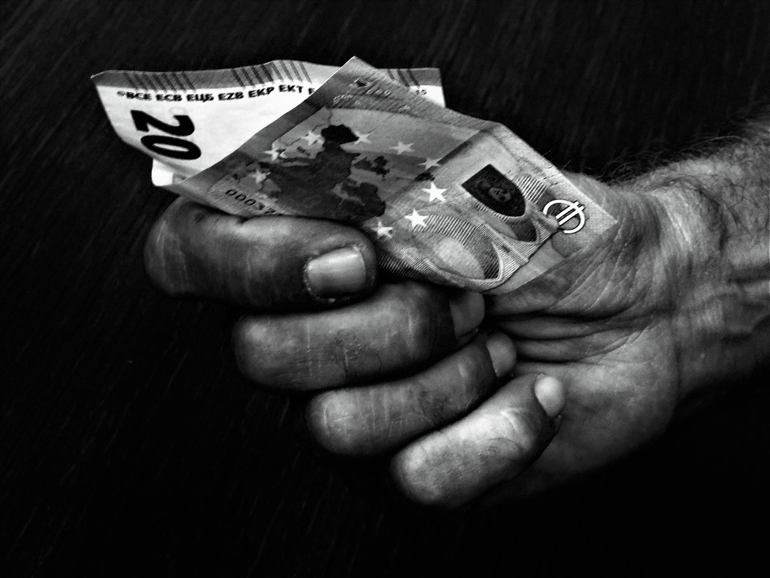 Savour the fruits of labour!
This plain and unadorned photo was taken at my work place. As I inspected my colleague’s hand, I could plainly see the traces of his labour, the austerity of life and all the efforts demanded of him to earn a living for his family. 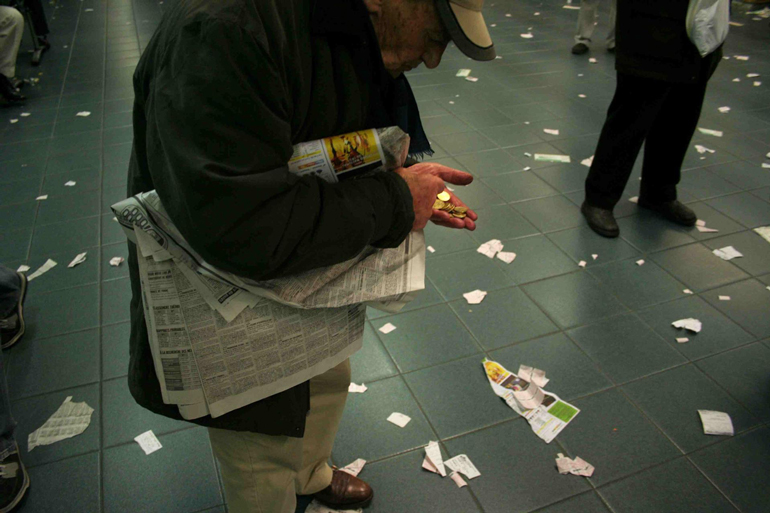 Between two races
Auteuil race track
This old gentleman at the great hall, between the start of two races at the Vincennes horse racing track, rushed to fetch the last of his money to bet on his final winning horse. 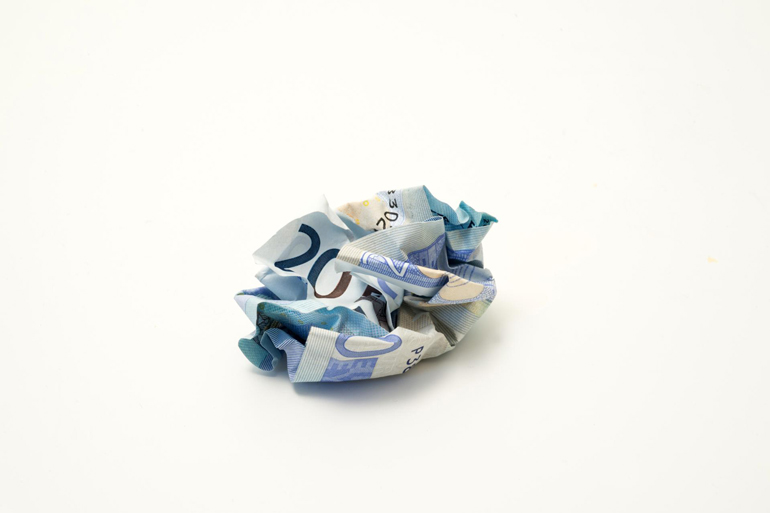 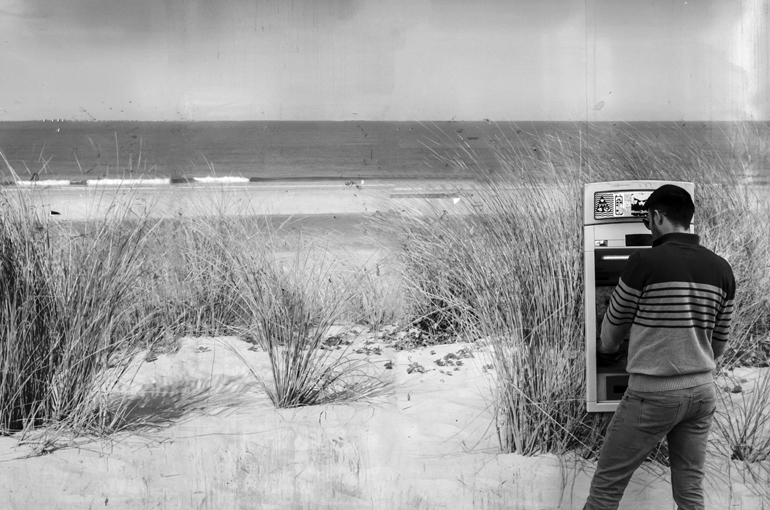 A marooned cash machine
This photo was captured in the centre of Bordeaux. Imagine, just behind you, the hustle and bustle of the city, and in front of you, a bank... 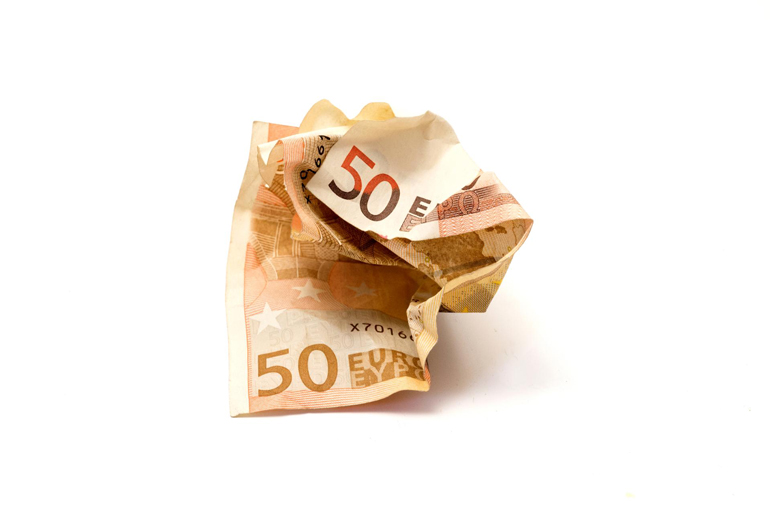 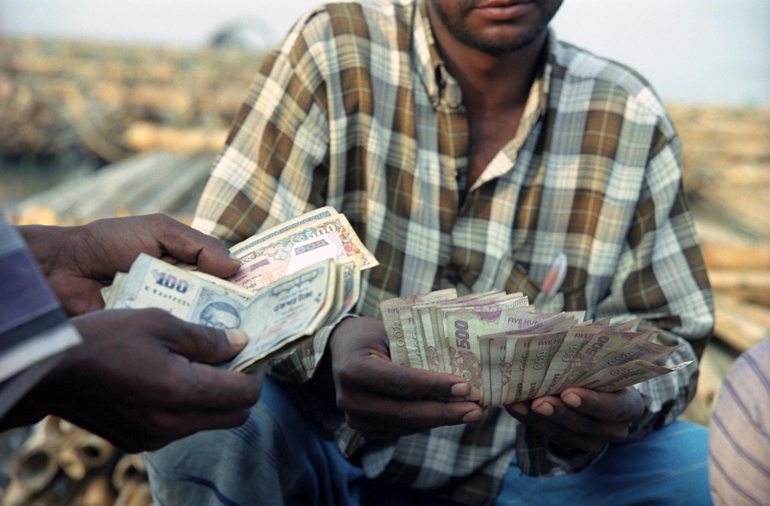 Wages of fear
In Bangladesh, felled bamboo is turned into enormous rafts, which brave youngsters steer by hand and foot, before it can be transported and sold in the marketplaces of towns and cities. This gargantuan raft comprises 26,000 individual trees of bamboo and has traversed the Meghna River for three weeks. The crew’s leader, Tojomul, uses his knife to reveal a hidden compartment in the bamboo, containing the wages of the five crewmen. This is an excellent way of keeping the money safe from the prying eyes of the region’s armed and roaming dacoit gangs. 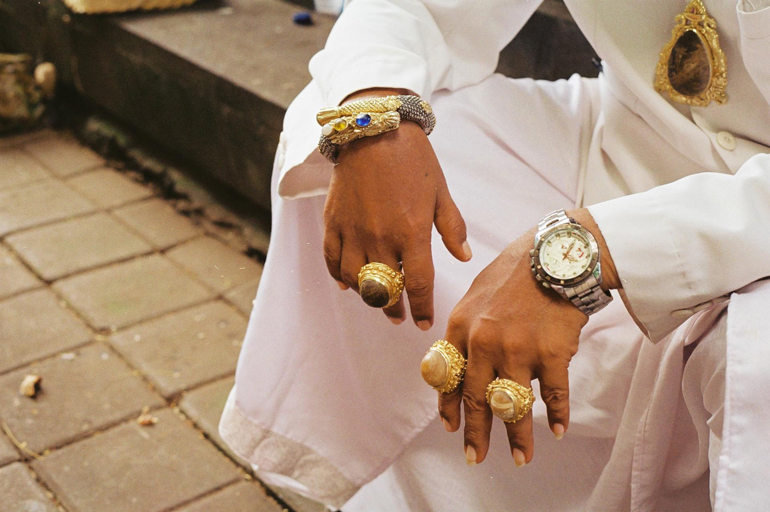 Goa Lawahin Pedenda, High Priest
This photo was taken in Bali during a visit to Goa Lawah temple. I had the good fortune of crossing paths with the high priest who also happened to be visiting the area. At first, I felt intimidated by his presence, but soon became captivated by his jewellery. 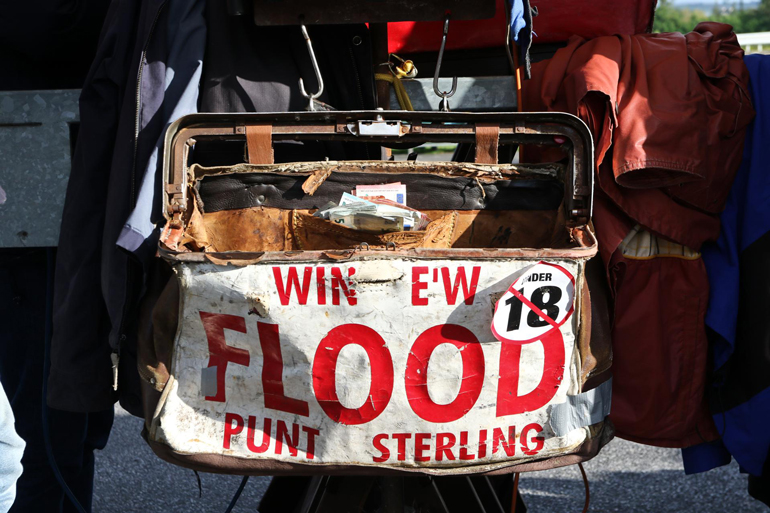 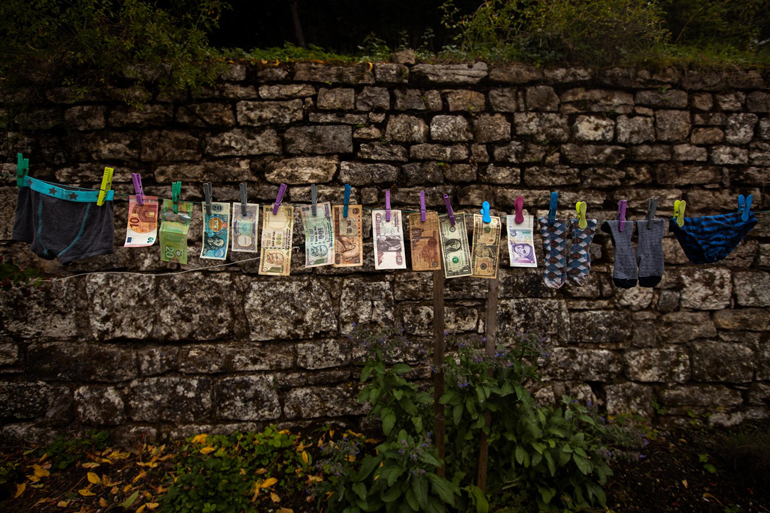 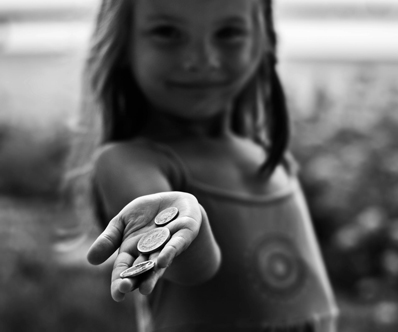 The exhibition will run at the Bank of Finland Museum (Snellmaninkatu 2, Helsinki) from 9 October 2018 to 2 June 2019.