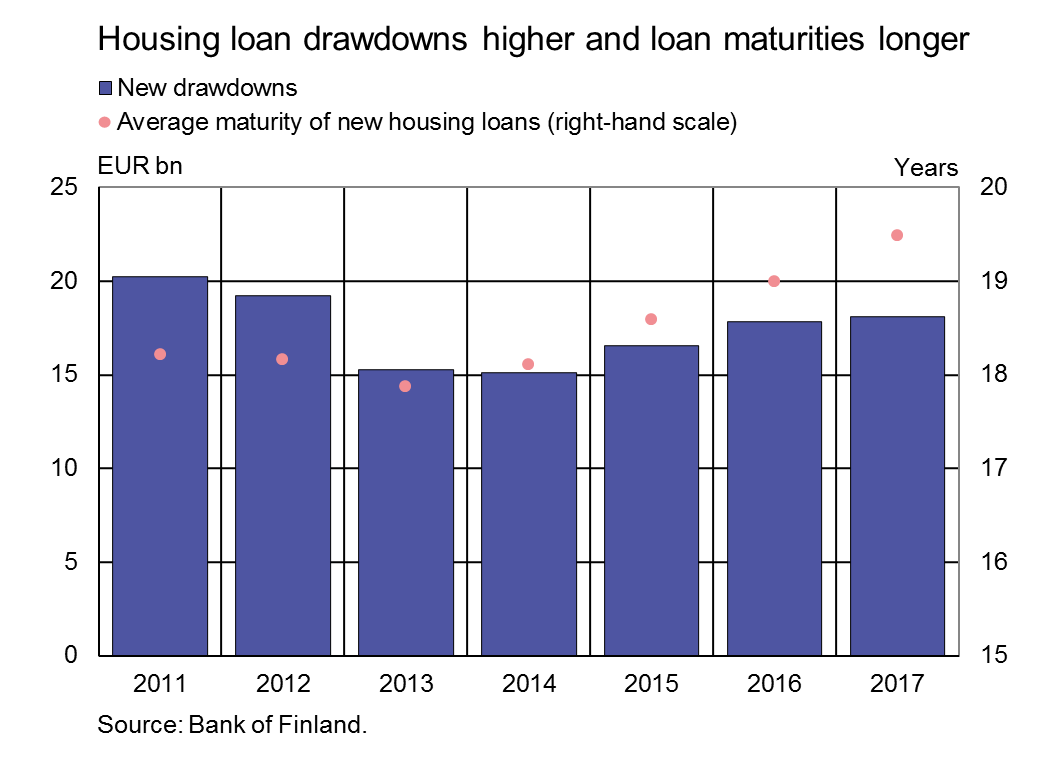 In December 2017, households drew down new housing loans to the value of EUR 1.3 bn. The imputed margin on new housing-loan drawdowns was 0.93%. At the end of December, household credit comprised EUR 15.3 bn in consumer credit and EUR 16.7 bn in other loans.