The stock of listed shares held by Finnish households amounted to EUR 35.7 billion at the end of March 2019. Households sold a net EUR 248 million of listed shares during the first quarter of 2019. Due to favourable development in stock market prices, the value of households’ shareholdings grew by EUR 3 billion over the same period. Domestic non-financial corporations accounted for 92% of households’ investments in shares. 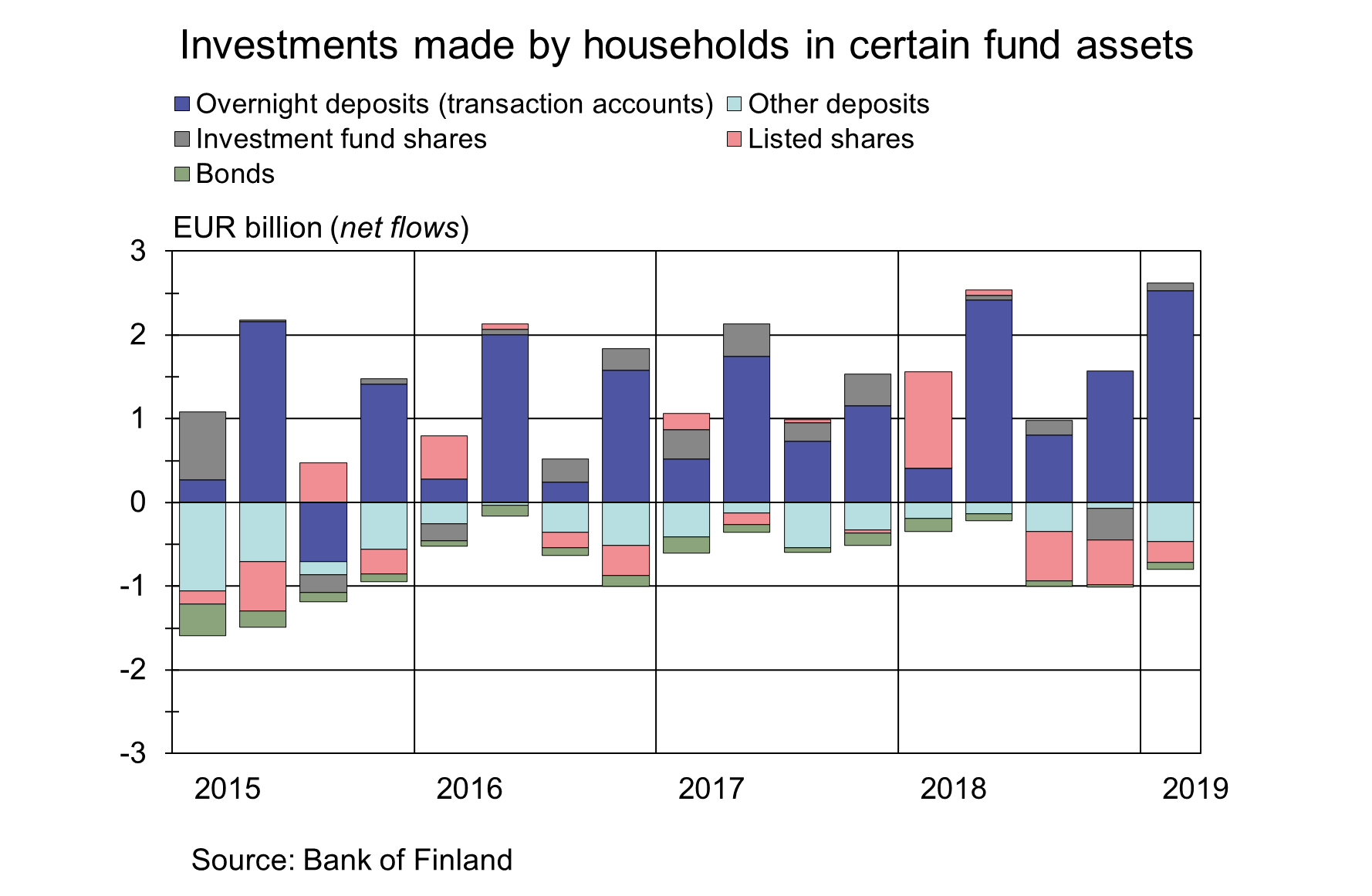 Households own a significant proportion of domestic investment funds

Household investments in investment funds registered in Finland amounted to EUR 22.3 billion at the end of March 2019. The value of fund shares held by households grew by EUR 1.5 billion in the first quarter of 2019. Household investments in equity funds increased most in value (EUR 0.8 billion). In addition, households invested a net EUR 92 million more in investment funds during the first quarter of 2019.

Households’ assets are also channelled into investment funds via unit-linked insurance policies offered by insurance companies. Fund units indirectly held by households through this vehicle are estimated at EUR 24 billion, of which around EUR 20 billion is in domestic investment funds. Taking into account direct and indirect fund investments, households hold a significant share of the EUR 117.7 billion total stock of investment funds registered in Finland.

1Overnight deposits, deposits with agreed maturity and investment deposits
2which are held in custody in Finland.

Related statistical data and graphs are also available on the Bank of Finland website: https://www.suomenpankki.fi/en/Statistics/saving-and-investing/.

The next Savings and investing news release will be published at 1 pm on 12th of August 2019.