German troops took control of Helsinki on 13 April 1918. The People’s Delegation and the Bank of Finland’s Red Board of Governors fled to Viipuri, taking the Bank’s money with them. In their haste, they left the printing plates in the banknote printing works.

According to a later account drawn up by the Parliamentary Supervisory Council, the occupiers left the head office in very good condition. The vaults were, however, more or less empty.

Following the recapture of Helsinki, the old staff soon returned to work and the Bank was opened to the public on 22 April 1918.

After their defeat in the Civil War, many of the leading Reds, including Edvard Gylling, fled to Russia. Many of them were to die in Stalin’s purges of the 1930s. 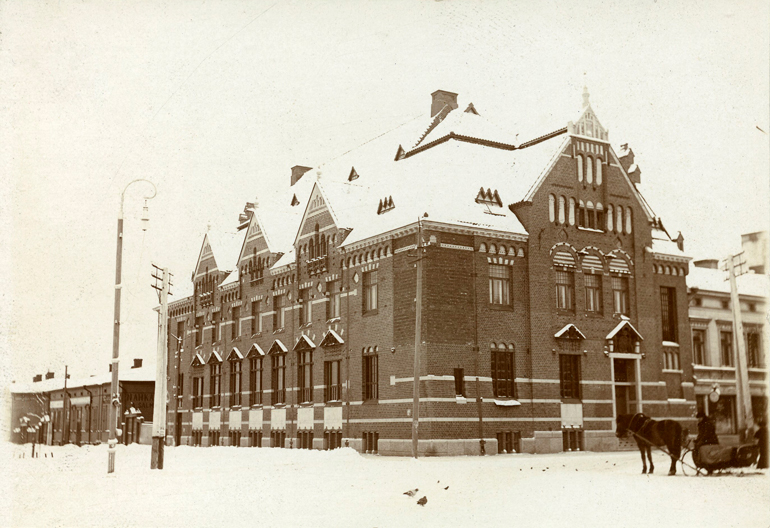 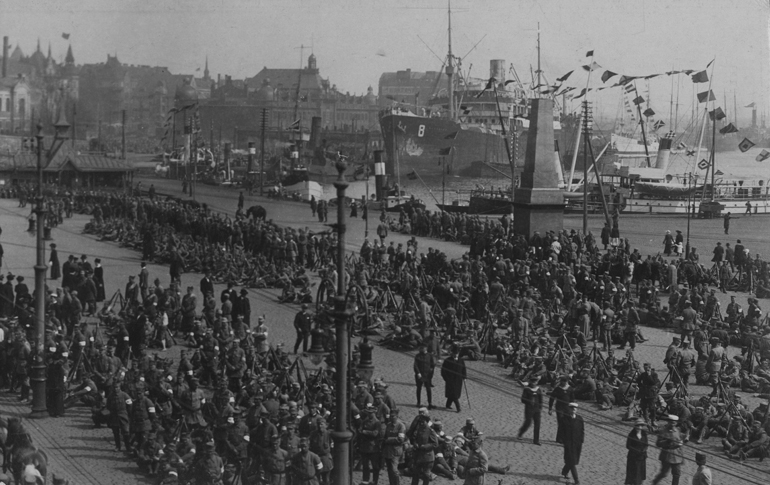 White Guards on the market square, Helsinki.  National Board of Antiquities and Historical Monuments. 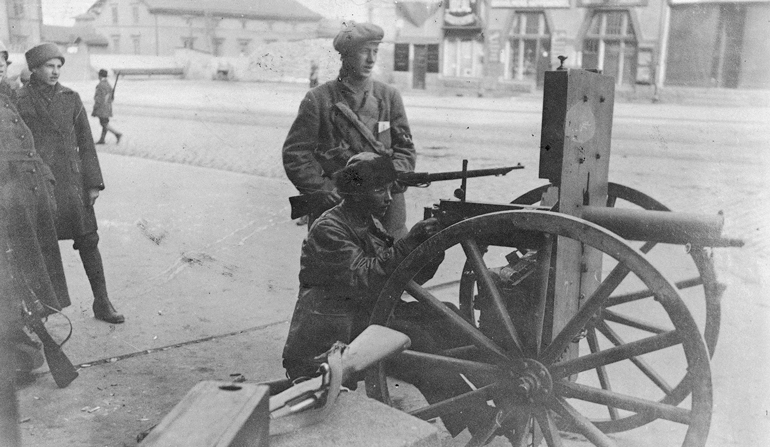 The fighting in Helsinki, April 1918.  National Board of Antiquities and Historical Monuments. 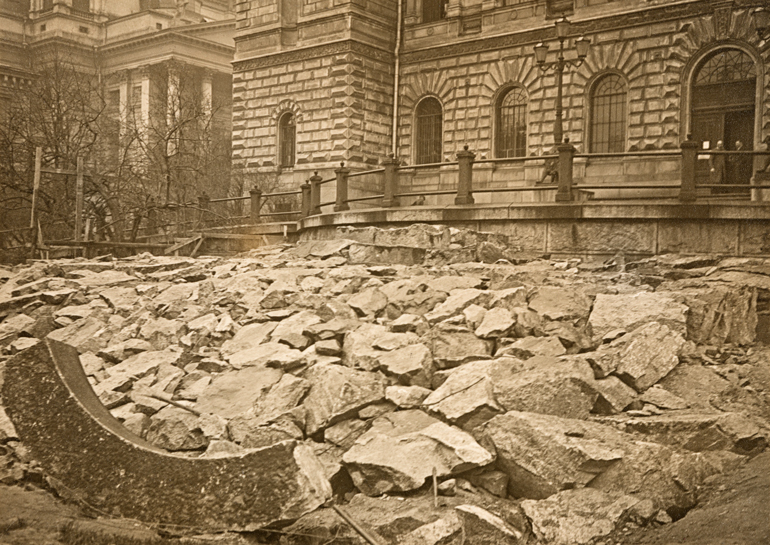 Frontal view of the Bank of Finland, April 1918.  National Board of Antiquities and Historical Monuments.