During the Civil War, growth in the means of payment continued due to the monetary financing practised by both the White and Red administrations. During 1918 the volume of cash grew by 52%.

Monetary financing led to rampant inflation and a fall in the value of the markka against the US dollar and Swedish krona. Inflation was further fed by the serious lack of food and other goods caused by the war. The imposition of price controls on essential goods was insufficient to rein in the rise in prices.

A chart of inflation and the growth in banknotes in circulation 1917–1919, Red and White notes presented separately. 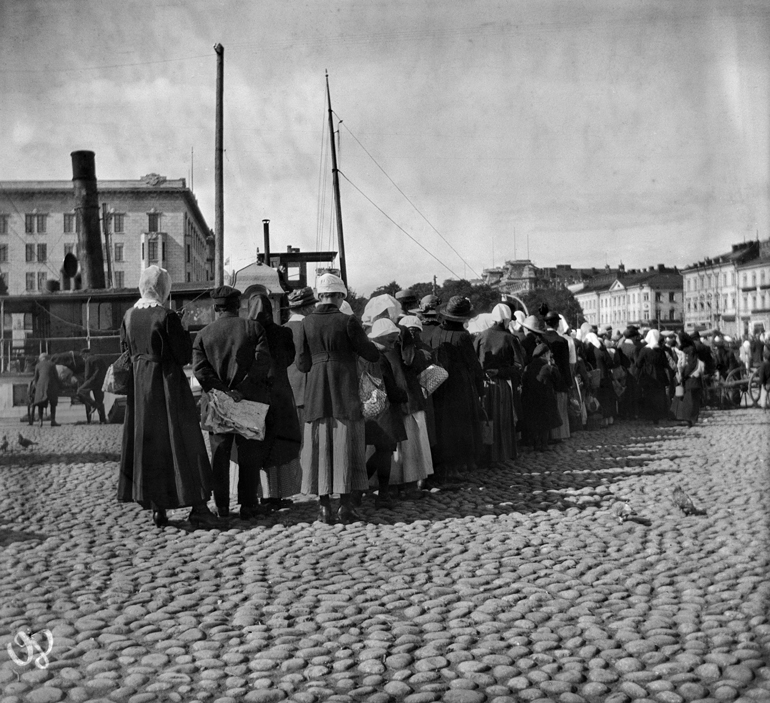 Queuing for potatoes on Helsinki market square in summer 1918.   National Board of Antiquities and Historical Monuments. 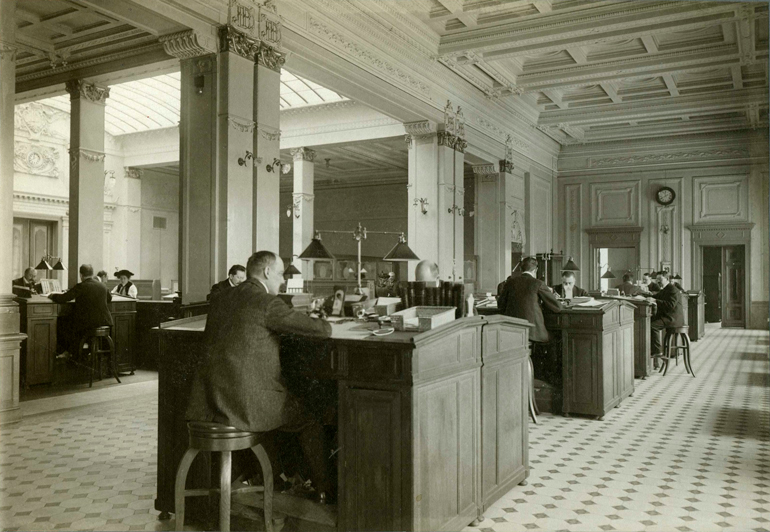