The October Revolution in Russia (on 7 November 1917) brought the Bolsheviks under V. I. Lenin into power.

Already during the autumn, Finland had seen the founding of the rightwing Civil Guard and the workers' Red Guard. On 25 January 2018, the Senate adopted the Civil Guard as government troops.

The workers' Council of People's Representatives proclaimed the start of the revolution in Helsinki on the evening of 26 January 1918. The Red Guard occupied strategic points in the capital on the morning of 28 January.

Finland was split in two between Red Finland in the south and White Finland in the north. The major cities came under the control of the Reds. Both zones initially also contained localities controlled by the other side. 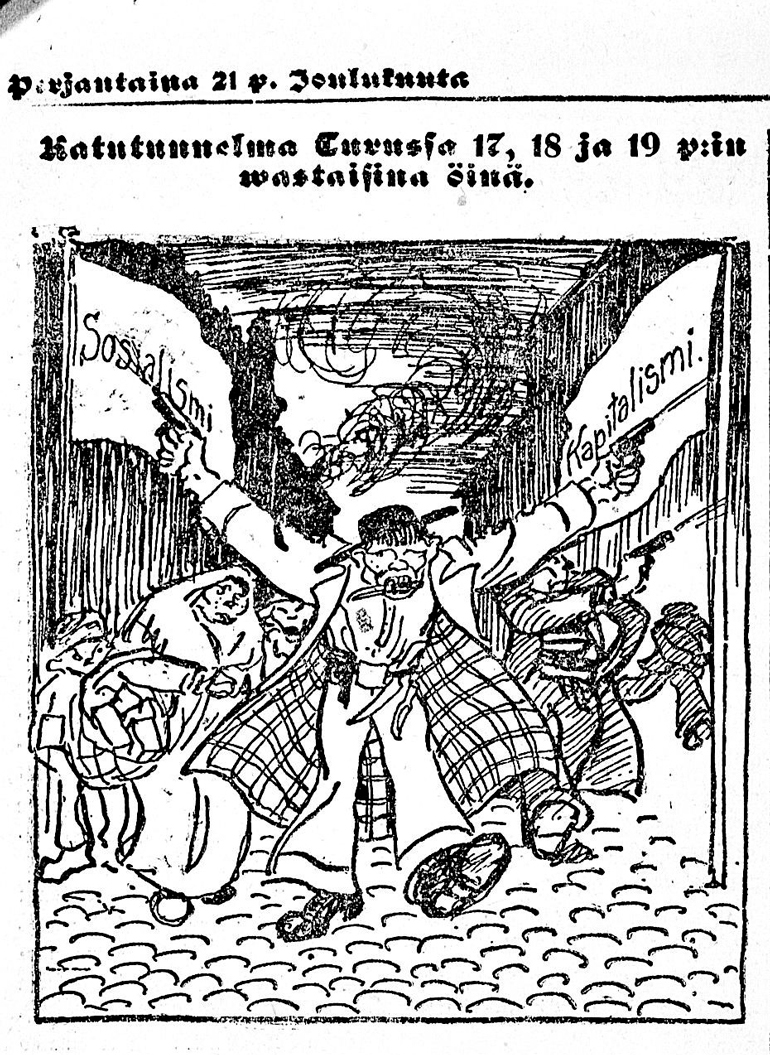 Cartoon in the newspaper Sosialisti 21 December 1917. 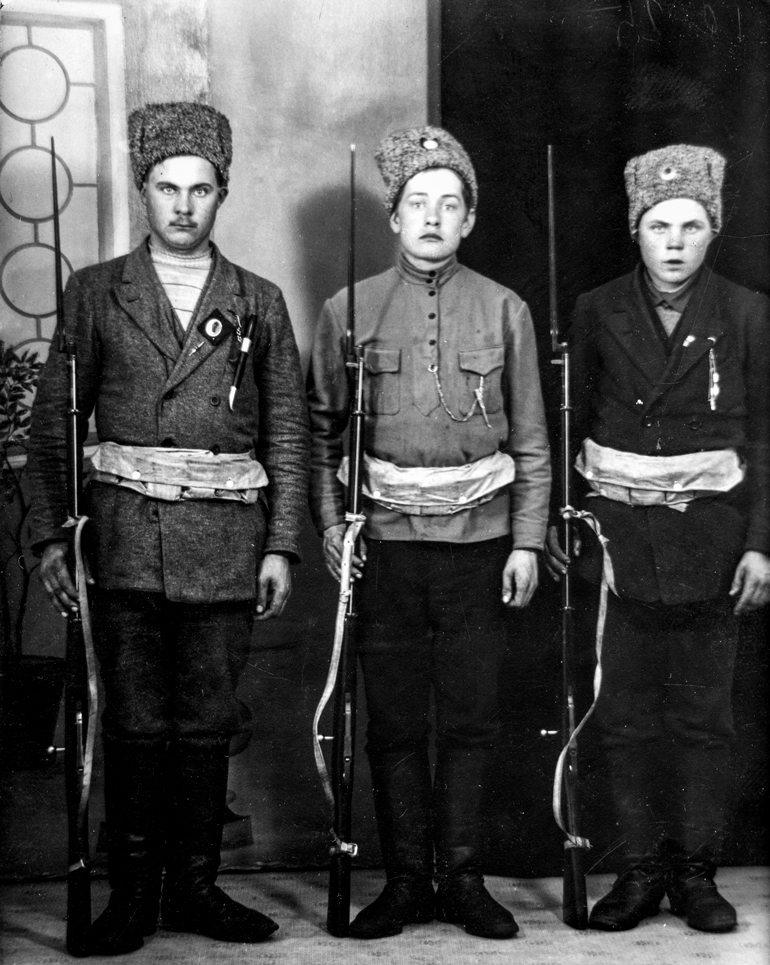 Young Red Guards in Tampere. National Board of Antiquities and Historical Monuments. 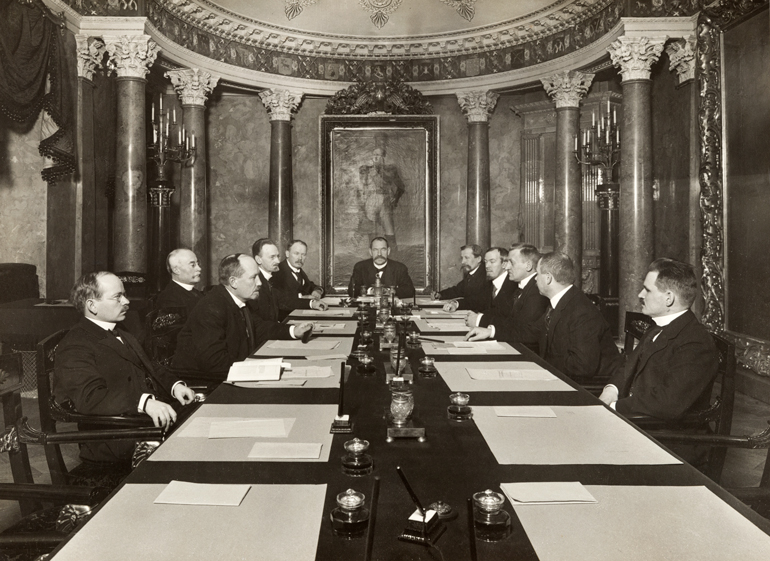 The Independence Senate, 6 December 1917. National Board of Antiquities and Historical Monuments.